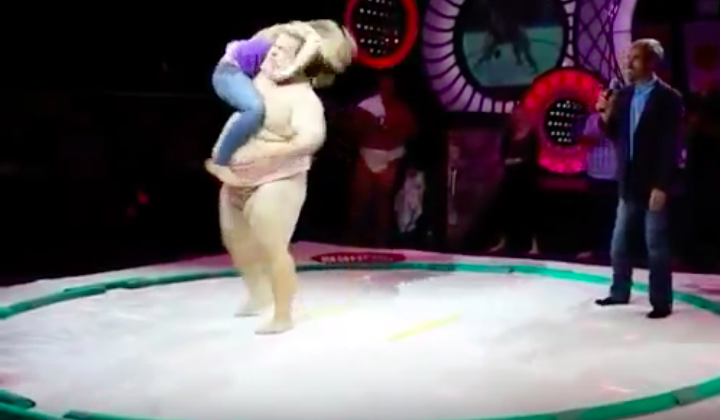 This match was between sumo wrestler Kelly “Man of Fat Steel” Gneiting and a BJJ girl who only weighs 100 pounds. However, this special match was all part of a touring show called Sumo Sushi.

The Sumo Sushi shows give the audience the experience of dinner and a show as they enjoy gourmet sushi while watching three Sumo Champions duel. The show is a combination of comedy, competition, and camaraderie that has continued to sell out nationwide.
In the finale of the show, announcers invite audience members up to see if they have what it takes to face off with a sumo wrestler in the ring. Enter, Debbie Micev, an audience member who also happens to be a Brazilian jiu jitsu blue belt.

Debbie didn’t hesiate to show her Jiu-Jitsu skills transitioning from a guillotine to an armbar. 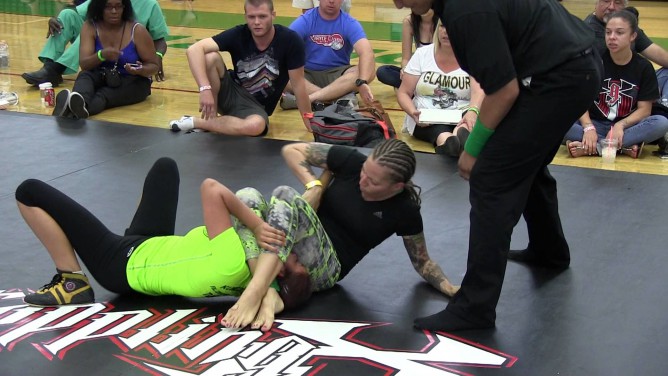