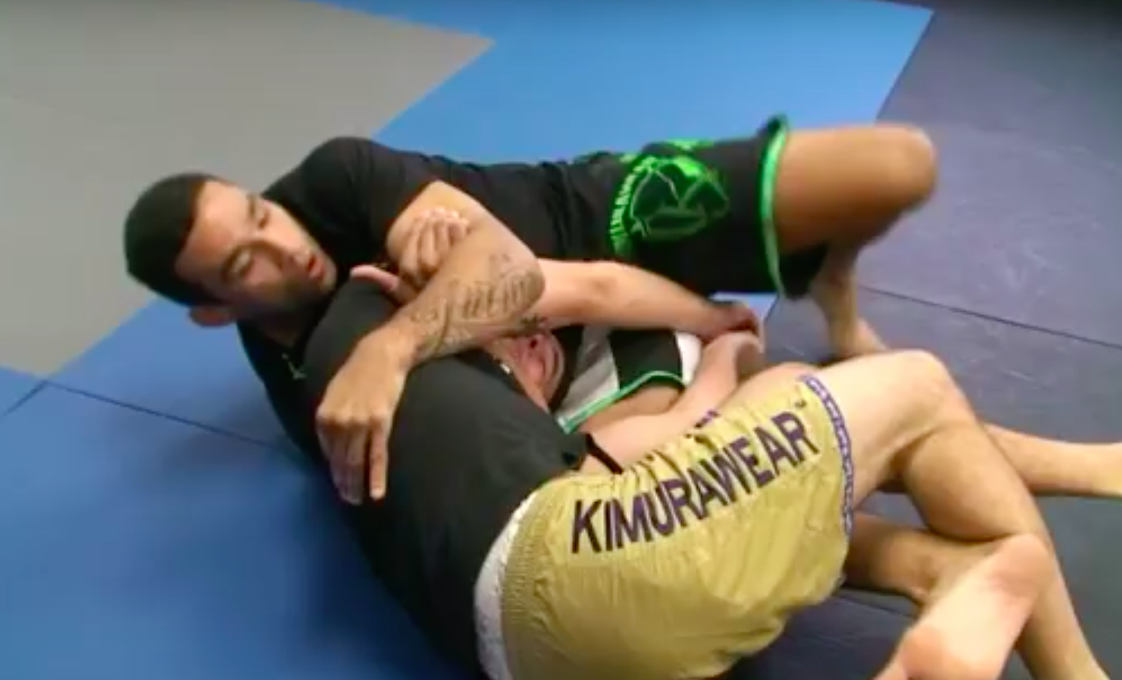 BJJ & MMA star Fabricio Werdum shows an easy variation to the popular anaconda choke. For the regular anaconda choke, you roll to the same side of the arm that you are trapping, so your opponent won’t be able to base out.

The classic way to finish the anaconda is to grab it from the turtle position and gator roll into side control. From there, it is finished the same way as the d’arce, by getting on one’s side and arching the hips..

In this variation, Werdum rolls to the other side, making sure he also traps his opponent, but now by shooting his leg.

Watch and learn this cool technique from one of the best in the world!