Here is How To Pull Guard Without Getting Passed Immediately 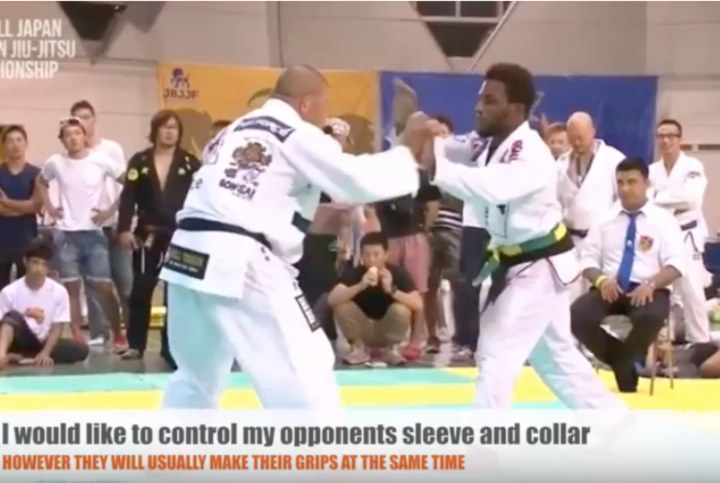 Pulling guard is such a common place in Brazilian Jiu Jitsu that you see it in almost every competition video known to man.  We’ve seen with the high level grapplers like Rousimar Palhares all the way down to children in their first ever competition.

However, We’ve seen it time-and-time again where someone pulls guard and just doesn’t know what to do from there.  Willingly pulling guard means that you have to be aggressive enough to work from this position, and not just sit there like a fish out of water.

When to pull guard:

Establishing your guard game is a big part of training and competing that doesn’t get the attention that it deserves. I cover a few basic pulling techniques broken down from tournament footage with possible instruction to come next.

Someone that does a fantastic job of utilizing his guard pull is Rafael Mendes.

If you find yourself pulling guard just to do so, you’re pulling guard for all of the wrong reasons.  Pulling guard and not being able to execute it properly can impede upon your progress in the match:

When Rafael Mendes executes his guard pull, he works right away.  The second his butt touches the mat, he is on the move making sure his opponent knows he is in for a long—or quick, depending on your view point—match.

Staying active, Mendes has various approaches from his guard.  I’ve seen him go right for an iron clad Gi grip that just won’t budge.  I’ve also noticed he will use his legs to make sure you don’t get too close, but making sure he is able to strike when need be.

The efficiency is rather great; the second he drops and pulls guard, he will likely end the match just like that!  His guard pull his so lethal, he can turn it into a back mount or side control before you can even process what he did.

The Rafael Mendes guard pull is world class and should be studied by every BJJ player.  If you’re having a tough time with this specific technique, by all means check his matches out!