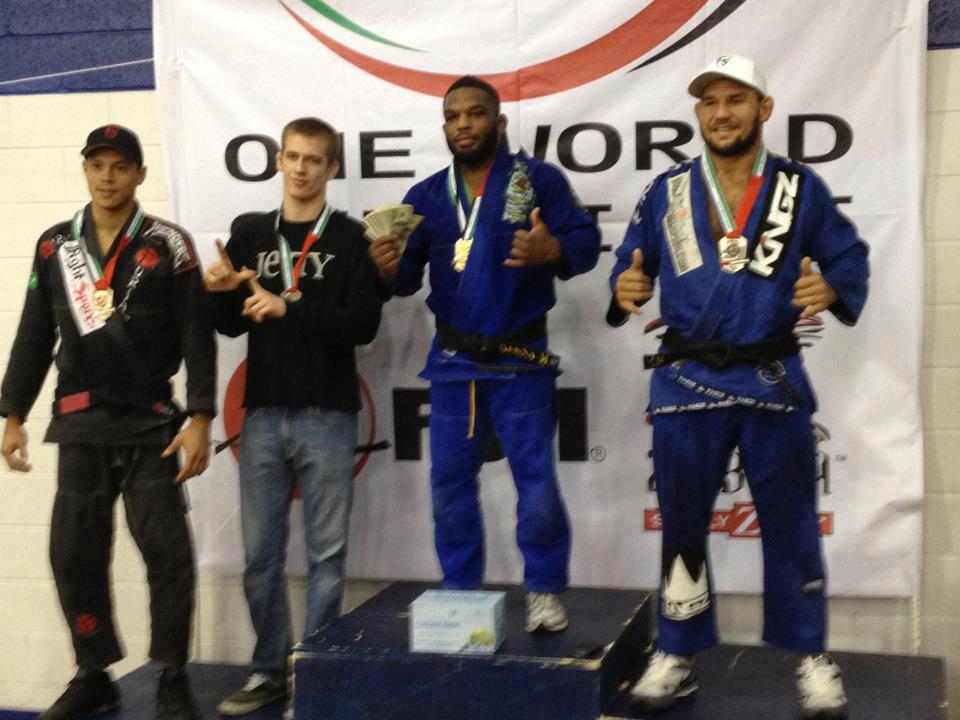 Our coleagues from BJJ Pix had this to say about Keenan’s impressive run for the past few years:

“You can’t negate that what Keenan Cornelius has done and is doing is inspiring, influential and impressive. Did you expect to see him dominating his divisions directly after his stunt in the 2012 tournament season? He won the Grand Slam in both his weight and the open weight, a feat never accomplished by anyone previously. “But, this was just purple belt,” they say. “Let’s see if he can continue this winning streak,” they say.

Two weeks prior, Keenan attended the ADCC North American Trials of 2012 in San Diego, CA. He secured his place in the ADCC event next year with submission wins at a higher weight class than normal. To this change he says: “I have been gaining weight with a new strength and conditioning program that Dr. Rhadi Ferguson designed for me so I competed at a higher weight class but felt strong in that division.”

When asked who had been helping him prepare, he responded: “Master Lloyd has been training for Nogi Worlds and having him on the mats to beat me up has really helped me, plus we have been focusing on a lot of technique lately.”

His matches as ADCC Trials were “all tough fights, especially with the wacky ADCC rules but over all, I mostly just had a lot of fun and I went for my third takedown ever in competition so that’s always exciting.”

Keenan won the invitation to the World Pro Cup in New York by winning over Roberto “Tussa” Alencar, a black belt from Gracie Barra New Mexico, by one advantage. Tussa had just recently won the title of Black Belt Heavyweight Masters World Champion.

You can see Keenan perform next at the Nogi World Championships next weekend, Nov. 3rd and 4th at the Long Beach Pyramid. If you aren’t local, you can catch his matches on the live stream available at Budovideos.com!

Here is DJ’s match vs Cyborg: