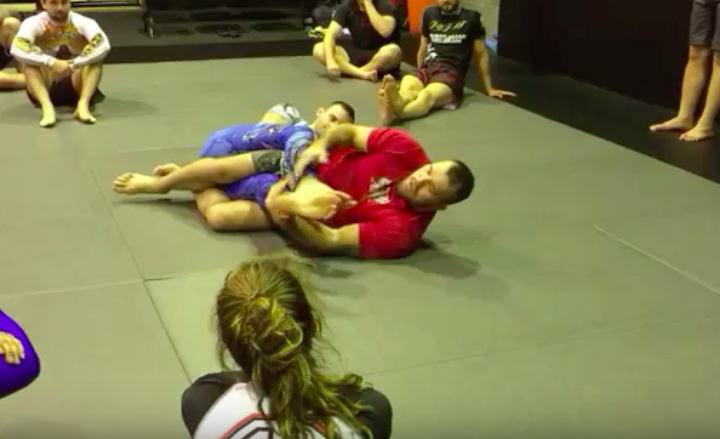 The Legendary Grappler, Dean Lister from Victory MMA in San Diego USA, in this video explains his Pretty Girl, Ugly Girl concept for attacking the leglock.

Dean Lister is an American mixed martial artist and a former King of the Cage Middleweight Champion. He currently fights in the middleweight division after moving down from light heavyweight. Lister’s sparring partner and former UFC Light Heavyweight Champion, Tito Ortiz, invited him to be his assistant grappling coach on the third season of the Spike TV reality show, The Ultimate Fighter.

Lister currently holds the rank of black belt in Brazilian Jiu-Jitsu, given to him by Jeffrey Higgs, who holds a black belt under Fábio Santos. He maintains that it is “the biggest and most challenging sport that exists”. Lister does not favor any particular technique, although he is mostly known for his leg attacks (foot locks and knee locks). Lister is a two-time U.S. National Sambo champion, a four-time U.S. Machado National Brazilian Jiu Jitsu Champion (weight class and open classes), and a National Gracie Jiu Jitsu champion.

Lister was invited three times (2000, 2003, and 2005) to the Abu Dhabi Combat Club (ADCC) championship, a prestigious grappling tournament consisting only of the top 16 grapplers in the world of each weight class. Lister won the Abu Dhabi Absolute Division championship in 2003, as well as two Superfights in 2003 and 2005; in addition, he set a tournament record by defeating 4 of his opponents consecutively (3 by submission) in 2003.

Lister won the 2003 ADCC Absolute World championship and was the 2005 Superfight champion, defeating Jean Jacques Machado. He claimed the gold medal again in 2011 in the under 99 kg division by submitting João Assis in the final by a heel hook. He also submitted jiu-jitsu world champion Rodolfo Vieira, in his weight division, also with a heel hook. At the 2013 ADCC in Beijing, China, Lister defeated Cristiano Lazzarini in the semi-finals of the under 99kg dvision by heel hook but would go on to lose on points in the finals to João Assis; In the absolute division Lister submitted both Hideki Sekine and João Gabriel Rocha by heel hook before losing to Marcus Almeida in the semi-finals. Lister also lost to Keenan Cornelius in the bronze medal match both on points.

Leap into the world of LEG ATTACKS with both feet with IBJJF Legal Leg Attack Secrets from Dean Lister.
Dean Lister is the GODFATHER of the modern leg game and has been submitting the biggest BJJ names on the planet for twenty-five years. 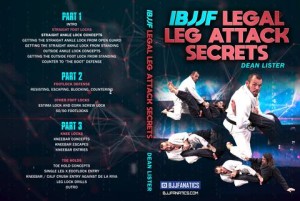