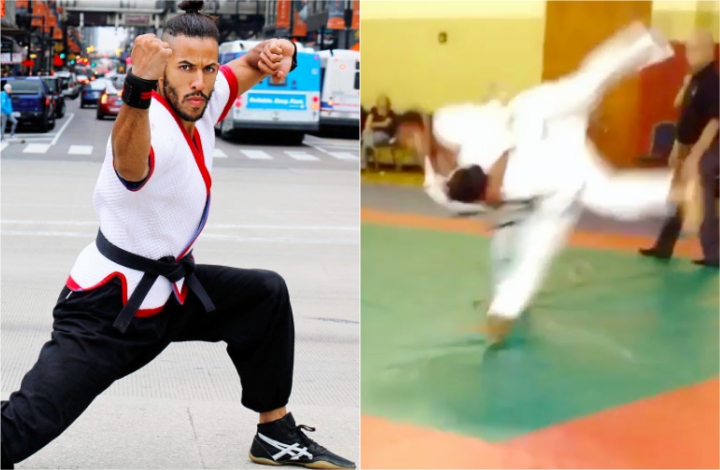 Shuai jiao is the jacket wrestling style of Beijing, Tianjin and Baoding of Hebei Province in the North China Plain. In modern usage it is also the general Mandarin Chinese term for any form of wrestling, both inside and outside of China.

Marshall recently won both beginner and advanced divisions for his weight class at the South Carolina State Judo Championships all by Ippon within 20 seconds representing true Shuai Jiao.

Here is Marshall showing some of his amazing footwork and throws in a Shuai Jiao demo:

Here are his best matches at the Judo competition. Admire his super fast throws:

With his girlfriend who also trains BJJ: