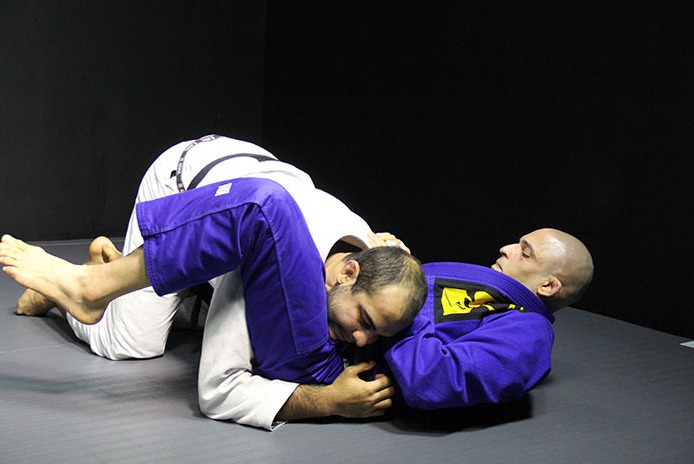 If you do BJJ there are 2 things that you really have to know how to do very well. These are: how to pass the guard and how to sweep. Basically because the fight goes around this: the person on top is trying to progress the position (pass the guard) and the person on bottom is trying to get on top. Sometimes we see people playing more on top than in the guard, it is not hard to understand why, and on top you have all your weight on your opponent and no weight on you, so the top game is certainly “easier” than the bottom game. But it can change very quickly when we meet a person who has a really strong or flexible guard. There is nothing more frustrating in BJJ than to train with a person who plays guard very well and you feel that every move you do from the top is taking you nowhere and your opponent with their back on the ground is completely dominating you even with your weight advantage on top him.

So to make sure when I’m on top that I’m the one dominating the situation I always try to follow some principles that I’m going to share here:

1 – DONT LET YOUR OPPONENT SET UP HIS GRIPS, SET UP YOUR GRIPS FIRST

Well, if you are fighting against someone and you let he set all his grips up before you start trying to pass, it might became a nightmare for you to get the pass. Instead, you should always try to set up your grips first, always putting him one step behind you. If he doesn’t have his grips, he will always be defending, and you attacking. Also the chances that he is going to hit a sweep or a submission if he doesn’t have good grips on you might be very low. So always focus to set up your passing grips faster than him.

2 – DONT LET HIM CLOSE THE GUARD

Think about that, if you are inside the closed guard, you have no way to attack your opponent; it means that first you’ve got to open his guard before you start doing anything. Sometimes opening someone’s guard can be a really hard work, and sometimes people have really tricky and strong closed guards, that make it crazy dangerous for you. One little mistake can end up giving up 6 points via sweep and mount or worse yet a submission. So I would focus a lot on this: Don’t let your opponent close their guard.

This might not work for everyone, depends on the way you like to pass the guard, because if you like to pass the guard doing the knee cut pass or some other specific passes, controlling the hip might not be that important, but if for example you like to pass from the knees with a pressure passing style, this is super super important. Once you have the control of your opponent’s hips, his legs’ movement will be very limited, because with his hips stuck he can not move his legs as freely as he wants to. Even in other types of passing that are not from the knees, like leg drags for example, once the guy on bottom has his hip movement very well controlled the position is practically done. So I always try to focus on controlling the hips more than anything.

For some types of passing you’ve gotta be quick and fast but for other types of passing, once again for pressure passing, the faster you move probably the less pressure you will have, so you should always try to focus on getting every detail perfect, and don’t worry about how long it will take you to finish it. It’s better to spend maybe 2 or 3 minutes to do it right, than spend 30 seconds, failing and having to start everything again. Remember, you adjusted the passing well you have all your weight on top of him, a ton of pressure, and no rush at all, so I always used to say that you should try to “enjoy” that moment. The position is good for you not for him, so as much time as you spend there, the better it’s gonna be for you and the wore for him.

5- IF YOU GET ON HIS SIDE, FOCUS ON ESTABLISHING THE SIDE CONTROL

This is another mistake I see a lot. The guy works a lot to pass the guard and once he gets on his opponent’s side he doesn’t focus enough on establishing the side control and ends up losing the position. Many times when we are passing we have to understand that once we get on his side, the guy on bottom is going to try everything he can to escape from there, he is gonna kind of freak out to get out of there, and this should be the time that you try to freeze the situation until you score the points and establish the pass. To get there is that hardest part, then once you are already there you just have to hold it for 3 seconds and you scored the points, so don’t try to go to his back, or to attack any other thing too soon, focus on the passing, focus on finishing what you started. Then after these 3 seconds, you start working on something else, because now you are already up by 3 points and it will be another game. Remember, in competition the easiest way to get a submission is scoring and making your opponent work hard, desperately to trying to win… 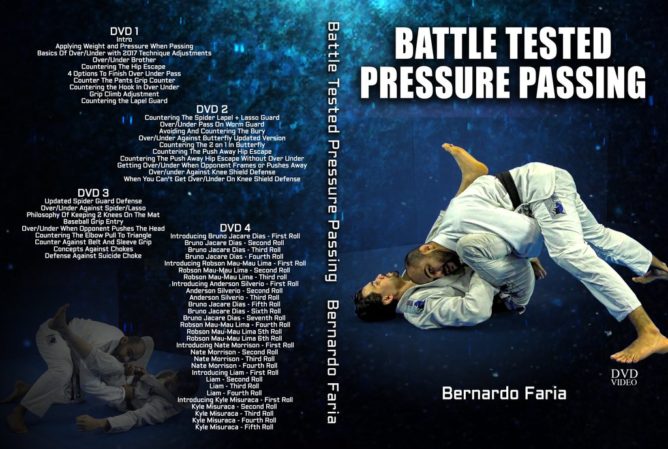