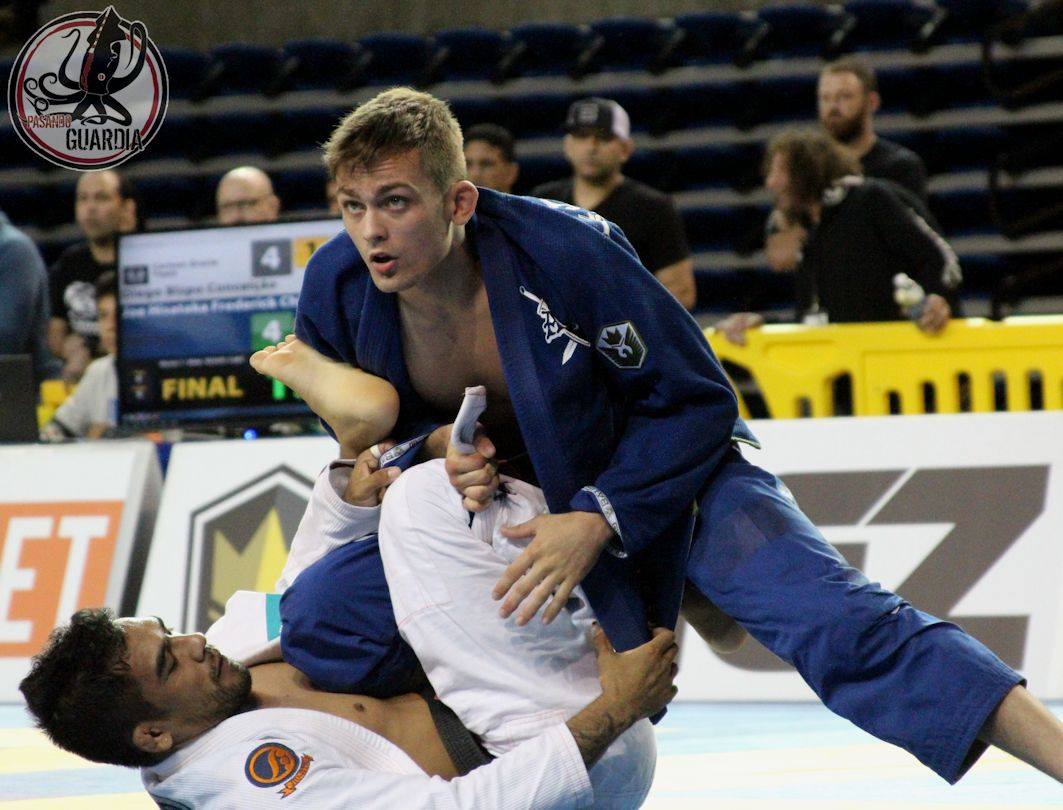 During the match, Andris’ teammate, Josh Hinger, claims that White Chocolate is the person who actually taught Keenan Cornelius his now infamous ‘Worm Guard’ (1:58). In his post fight interview Andris takes credit for the new guard system and proclaims that he is in fact the inventor of the controversial Guard (8:30),.

While Keenan was watching the match but not listening to the audio, a user in his chat lets him know what transpired during the post-fight interview. Keenan responds to his teammates claim (8:46).

Keenan Cornelius commentary on the match with Josh Hinger and the fight announcer for the event: