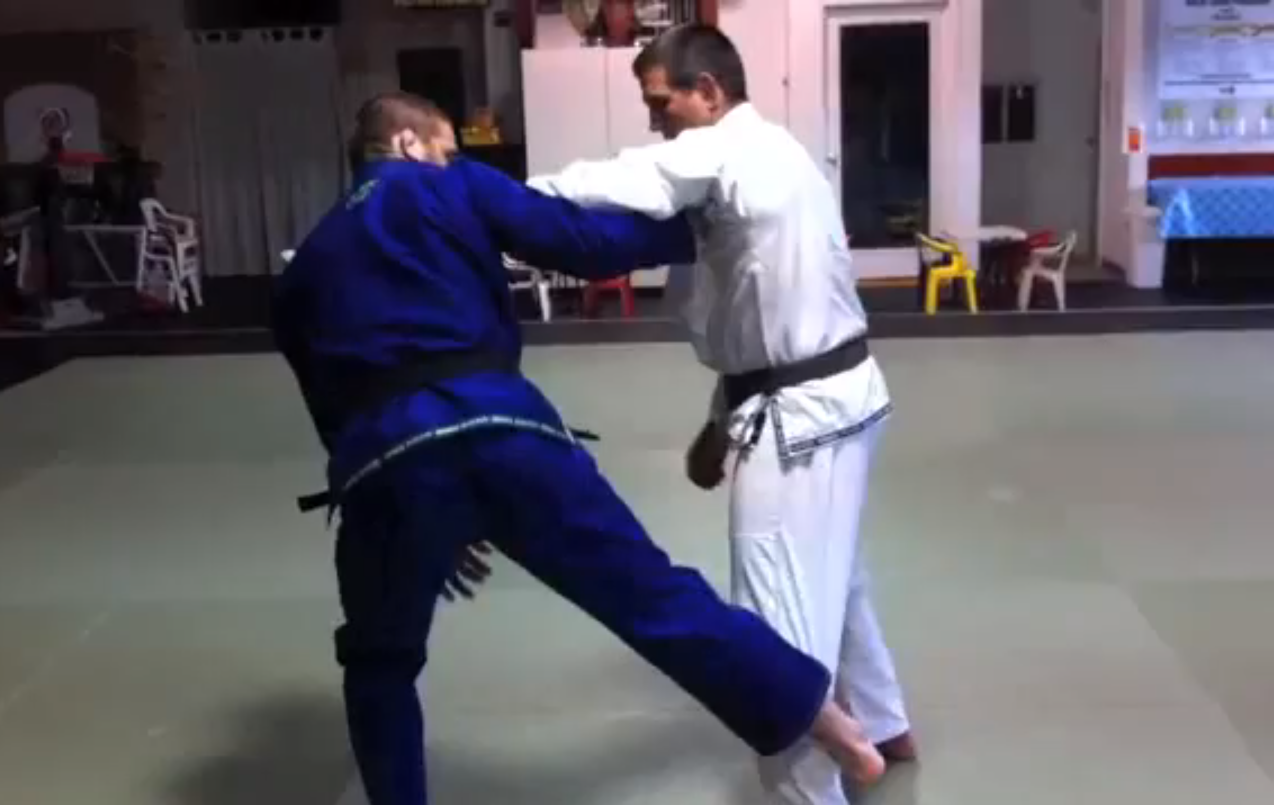 It’s impossible for any serious BJJ practitioner to have too many throws in his/her arsenal. That’s

because you might have a hard time getting some opponents down with certain techniques, while

The Travis Steven’s ankle pick technique is one of those throws. It’s a wrestling-style throw that’s

often used by judokas. It is a pretty straightforward move. To execute it, simply carry out the

From standing position, with your partner grabbing your collar with a standard grip, grab your

uke’s arm, going under the person’s attacking arm. That way, you can easily lift your partner’s

attacking elbow with your attacking arm.

With your lead leg, which should be the same side as your attacking arm, grab the back of your

opponent’s lead leg with your foot, and slide it down to his/her ankles.

Pick the person’s lead leg up with your foot and grab it with your free hand. Now, let go of the

person’s collar and execute a traditional single leg takedown, putting your partner on the canvas.

So there you have it, a very effective takedown technique in three easy steps. What are you waiting

for? Grab a training partner and start drilling: