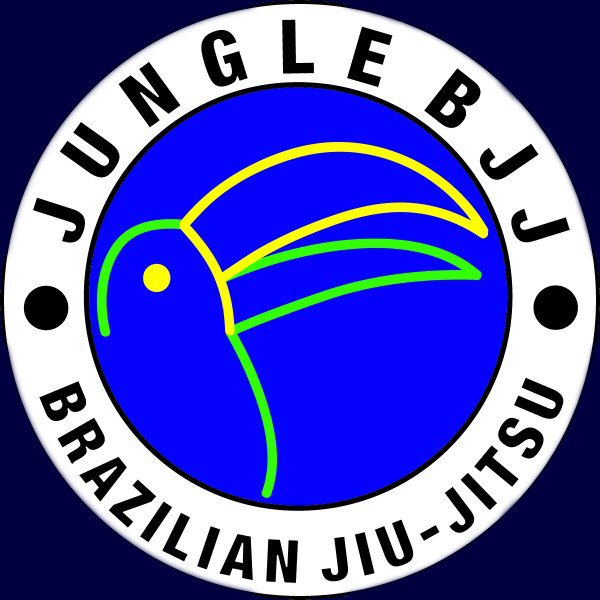 Continuing my usual habit of visiting BJJ academies wherever I travel, I had to visit Jungle BJJ while on my little vacation in Prague, Czech Republic last week. It was actually a little road trip from Belgrade to Prague with a stop over in Vienna for two days where my wife and I would be visiting my sister in law who is studying in Vienna. While in Vienna I wanted to train at either Orlando Neto BJJ or Gracie Barra Austria, but unfortunately I really had little free time with all the sightseeing and shopping we were doing.

So we were off to Prague, which is really a beautiful city which I highly recommended you visit. I knew the crew from Jungle BJJ and had met it’s founder Fernando Araujo on many occasions. I really liked the team’s mentality of Train Hard, Fight Hard, Party hard :). They have some really good guys like Robert Keno who last year won double gold at the World Masters and Seniors in Brazil, Roman Pitbull (tough mofo), Alexander “Kaiser” Mikus or Elder Yakuza who is a competition machine. 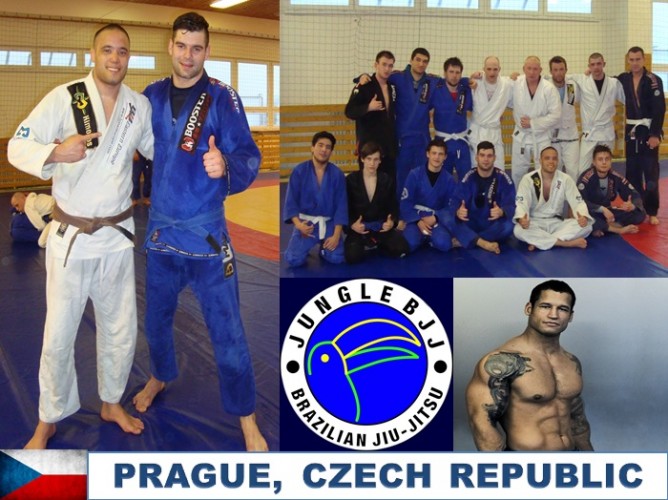 I got in touch with Fernando but unfortunately, he had some family coming over from Brazil arriving at the same time when I would be training. A real bummer, as I was really looking forward to getting smashed by Fernando haha. I got in touch with Elder “Yakuza” who I had met in some competitions. We arranged for him to come pick me up at my hotel and we would take the metro to the training. I had watched Elder compete before and he was a very good and strong blue belt who liked to compete as much as possible. So Elder and me were in the metro and we right away started talking BJJ and I found out more about him and his background. His father is from Dagestan (Caucasus, part of Russian federation) and his mother is Russian, he had grown up in Moldavia. He had moved to Prague 7 years ago. As we arrived at the station, Elder told me that we had to wait for 3 Russian guys who also came to train. They were part of a affiliate of Jungle BJJ in Russia.

The gym was part of a Czech Olympic training facility in the middle of a forest but still near the city center. That day’s training was much more relaxed because the next day (Saturday) there would be a local BJJ tournament, so most guys just came to roll light. I asked Elder Yakuza why he trained on the eve of a competition, as I usually rested up to three days before, and he answered with his Russian accent: “It’s just Jiu-Jitsu, it’s easy.” lol

That day, just a few white belts, and blue belts showed up and Elder asked me if I’d like to show some techniques. I was honored and showed some set ups and sweeps from the knee shield guard (aka the 93 guard). After showing three variations, we proceeded to the rolling. Elder and me went first and it was more of a light roll, but I could feel that he liked playing guard and had a dangerous triangle set up where he would pull you in a two on one grip while clearing your other arm. The next roll was with a 16 year old blue who was very flexible and fast. It was a fun technical roll and I’m sure that he will go far if he continues training hard. The last roll was again with Elder and this time we went a bit harder. Elder was working his two on one grip, and caught me with a nice setup from guard breaking my posture. Very nice.

Time was up, we took the traditional photo and I had to rush back to the hotel for the birthday dinner of my brother in law. It was to be more beef goulash and wonderful Czech beer. It was great training with a small part of Jungle BJJ. I look forward to training with the complete team next time that I visit Prague.