Martin Rooney On Circuit Training Vs Heavy Basic Lifting: “You Get Better At Circuits But You’re Still Weak.” 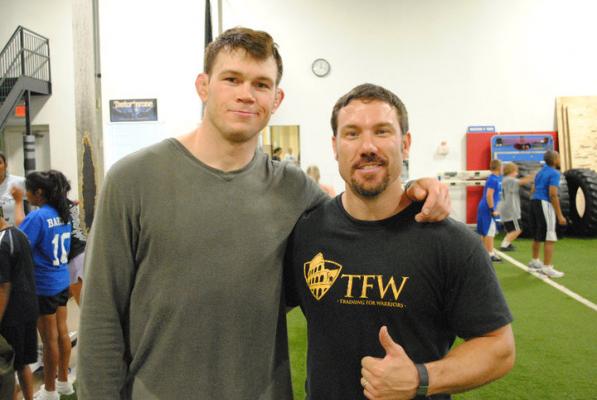 Martin Rooney is an internationally recognized pioneer of strength and conditioning for the martial arts. He holds a Master of Health Science and Bachelor of Physical Therapy from the Medical University of South Carolina. He also holds a Bachelor of Arts in Exercise Science from Furman University.

In an article with T Nation, this is what what Martin Rooney had to say about circuit training vs basic heavy lifting for martial artists:

“I was circuit crazy for years. I’d destroy my athletes with them,” says Rooney. “And guess what? My guys would still get gassed in the ring. Circuit training does not build a better fighter; training like an athlete does.

I get guys telling me all the time that they love circuits cause they get so crazy sore. Great, but what’s the result? You do these circuits enough and you’ll get better at them and won’t be as sore, but you’re still weak.

On the right way to work on strength and conditioning:

“Squats, deadlifts, bench presses, power cleans; the basics, combined with some sprinting and some stretching. It may not be glamorous, but it makes you stronger and faster.”

For Regular Dudes: If you want to burn fat and improve your conditioning, use circuits sparingly. Think one, maybe two sessions a week, with the remaining time spent on basic heavy lifting.

“You have to think of longevity,” says Rooney. “Performing five days of circuits a week doesn’t make you tough, it just makes you injured. You can lift weights forever, but good luck hitting those circuits in 20 years.”