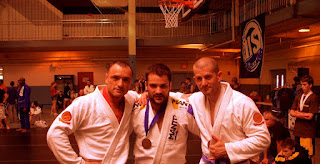 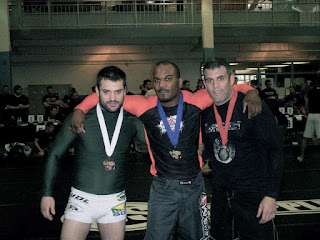 He won three medals! Two golds and one bronze. Dusan took first place in kimono (-175.5 lbs), and also won first place in NO GI absolute division and bronze in -175,5lbs NO GI. He lost only one match in the tournament. In kimono, he ended all fights by submissions.
This is his 5th medial here in the States for Lutador and Zerjal Team. Before this competition, He won two silvers at NAGA.
Well done Dule! OSSS!