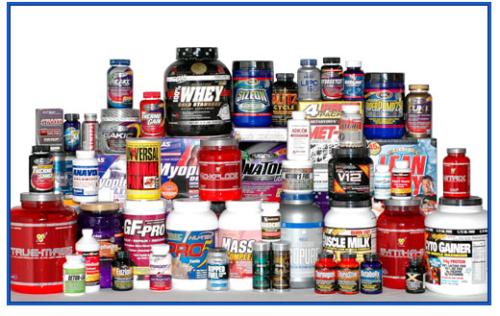 If you’re serious about performance in BJJ, you should follow a serious strength program. Without a doubt, you can add muscle simply by eating right and lifting weights. However if you truly want to maximize your growth potential, supplements are a requirement.

Men’s health have broken down some of the most popular muscle builders and asked the experts to explain the science behind the sales pitch.

Steroids that jack up testosterone were removed from store shelves in 2005 due to safety concerns. But supplement makers have responded with natural products purported to boost this muscle-building sex hormone.

Tribulus Terrestris
Derived from the puncturevine plant, this supplement is sold alone or as a key ingredient in many so-called testosterone boosters. Prices vary; you can buy a 12-pack of Tribulus Shot liquid supplement for $24, or plunk down $65 for 60 capsules of Sylvester Stallone’s Instone Forza-T. Marketers claim that Tribulus terrestris boosts testosterone production and therefore increases muscle mass and strength (not to mention libido). However, a four-week study of 21 healthy young men reported in the Journal of Ethnopharmacology failed to find any measurable differences in testosterone levels between those taking the supplement and a placebo group.

As the only prohormone not affected by the 2005 FDA ban, DHEA has been making a comeback. But DHEA survived the ban thanks to aggressive lobbying efforts, not for reasons of safety or effectiveness, says Dr. Moyad. Secreted by the adrenal glands, this hormone can be converted into testosterone and estrogen. Levels peak in your twenties and then decline with age, which explains its appeal to men in midlife. Supporters claim DHEA slows signs of aging, including muscle loss. However, a recent study of DHEA in the New England Journal of Medicine failed to find any of the benefits men expect from a muscle booster. The two-year study followed 87 men and 57 women ages 60 and older who had low DHEA levels. Although supplements did raise DHEA levels to normal, researchers found no significant changes in muscle strength or body composition.

Bottom line: Skip it. DHEA reduces good cholesterol, so it’s not a heart-healthy choice. Plus, there’s the unwanted side effect of extra estrogen and the dreaded “man boobs.” A better idea: Get your testosterone levels checked by your doctor, who can prescribe the hormone if your levels are low.

Whether you want to work out harder, lift longer, or recover faster, you’ll find a variety of supplements that promise to help you do just that. (With or without supplements, our new cutting-edge DVD fitness program Speed Shred will help you torch calories and build rock-hard muscle.)

Creatine
One of the most popular nutritional supplements of all time, creatine is used to fuel energy in the muscles, primarily for high-intensity, short-duration exercise such as sprinting and lifting weights. It may help you work out harder and longer, and recover faster. And when used during resistance training, creatine has been shown to increase total body and lean body mass. Of the 300 or so studies that have investigated creatine for its ability to enhance athletic performance, about 70 percent have found statistically significant gains.

Bottom line: We recommend it. Understand, though, that muscle cramping and stress injuries are commonly reported side effects.

Beta-Hydroxy-Beta-Methylbutyrate (HMB)
HMB is a derivative of the branch-chain amino acid leucine. Like creatine, the supplement HMB is used to boost quick activities such as weight lifting and sprinting. In fact, some companies make an HMB/creatine combination. A 2003 review of studies on 250 nutritional supplements, published in the Journal of Applied Physiology, concluded that only two—creatine and HMB—had evidence to support their use as a lean muscle builder. In fact, lean gain with creatine and HMB was double that of a placebo, according to researchers.

Bottom line: Wait until research catches up. HMB may be the real deal, but not enough is known about its safety.

L-Arginine
Arginine is an amino acid that increases your body’s production of nitric oxide, which is thought to increase blood flow to the muscles for a greater exchange of nutrients. It’s a popular addition to many supplements thought to increase performance. “Even though there’s a tiny bit of supportive research for arginine’s increasing performance, it’s not overwhelmingly positive,” says Chad M. Kerksick, Ph.D., assistant professor of exercise physiology at the University of Oklahoma. He took part in a study at Baylor University, in Texas, that found a small increase in bench-press strength with arginine. But a 2006 study published in the Journal of the American Medical Association found that taking a daily supplement with 9 grams of arginine may cause heart attack or even death in men with known—and unknown—heart disease. That study was forced to end early.

Bottom line: Not worth the risk.