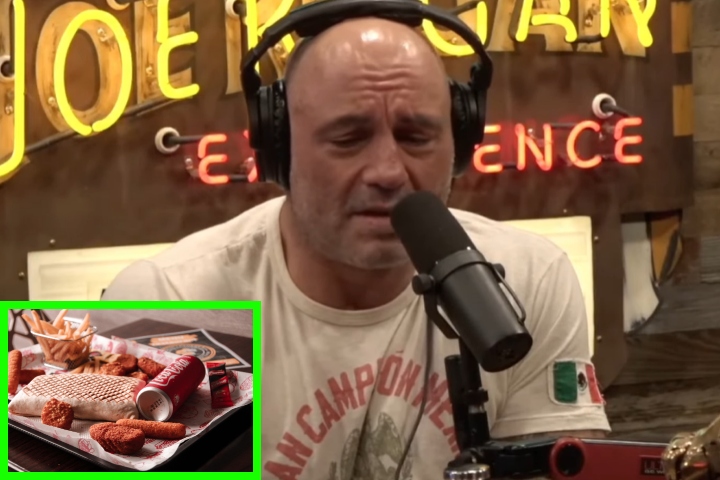 How good is your diet? No, seriously – how bad is it? Yeah, it could probably be a lot healthier… Especially if you’re eating a ton of processed food.

Joe Rogan, for instance, is well-known for his stance on processed food.
In a Joe Rogan Podcast episode with Steve-O, the two discussed a number of topics; from veganism to the side effects that processed food carries with itself.

The famous UFC commentator used that opportunity to clarify his stance on what an everyday diet should (not) look like:

You know in fact when you are farming, whether it’s both monocrop agriculture in terms of growing food and even growing animals like we are fu*king with things.
We’re fu*king with nature. And there’s trade-offs and consequences when you do that.

Rogan is also known as a strong advocate for healthy lifestyle choices, including martial arts.
Here’s what he said about the gap between a trained fighter and an untrained person:

Do you know how people see someone do stand-up and they’re like: “I could fuc*ing do that.” That’s because they’re just talking. That’s what fighting is like.

You see a guy like [Michael] Bisping, who’s like a normal guy. I mean obviously, he’s very athletic and all that, but he is not Shaq or something, he’s a regular-sized human. And he’s moving like a regular human, so you’re like: “I could do that!”

But you have no idea! You have no idea, you’re beyond helpless [against him]. If he grabbed a hold of you, you’d be a dead person.