Benefits Of Coconut Water: The Tropical Drink Of The Gods 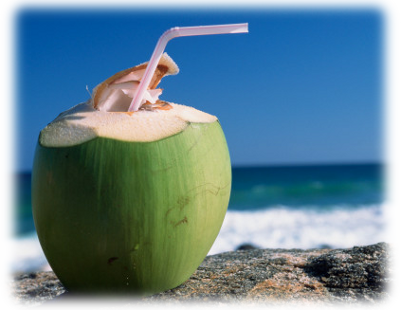 If you train Jiu-Jitsu and follow the Jiu-Jitsu Lifestyle, you will have heard about foods like acai or coconut water. Coconut water is one of the healthiest drinks found in nature. Many people are aware of coconut milk however the clear liquid from very young, green coconuts, should not to be confused with coconut milk. It has been a source of hydration and nutrients for hundreds of years, dating back to the time of the earliest Hawaiian voyagers. Dr. Thomas Ombrello of Union County College states that tropical populations have cultivated coconut palm trees for at least 4,000 years and historically used their fruit for food and drink. Coconut water was even used during World War II as a sterile intravenous solution. If you harvest a coconut from a coconut tree (or pick one up that has recently fallen) and crack it open, you will notice water in the middle. The water has an almond flavor and will ward off fatigue while providing the body with natural sugars, salts and vitamins. “It’s the next big energy drink, but it’s pure,” said Mortin Satin, chief of the United Nations Food and Agriculture Organization. 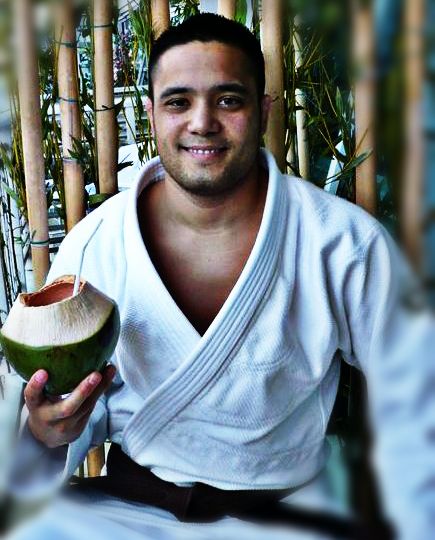 Coconut water goes hand in hand with the jiu-Jitsu lifestyle

Energy
Coconut water is more nutritious than milk. It has significantly less fat and none of the cholesterol. The water can be used without having to be purified. That is because it is filtered naturally through the husk.

Special Benefits
In emergency situations, coconut water can be used as a universal donor. Its makeup is the exact same as blood plasma. Coconut water intravenous solutions have been used throughout the third world and have been credited with saving many lives. 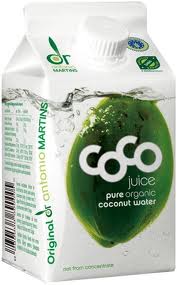 In Europe you can find tetra pack Coco juice/water. Not as good as the real thing but better than nothing.

Disadvantages
But it’s not all good news. For one thing, it’s expensive. At the time of publication, common brands of coconut water run roughly 18 cents per ounce, as compared with roughly 5 or 6 cents per ounce of standard electrolyte replacement sports drinks, notes “U.S. News and World Report.” The unusual taste of coconut water takes some getting used to, as well, and is not liked by everyone, says Forbes.com. Finally, as noted by Kaplan University, mainstream brands of coconut water do not contain enough sodium to be used for electrolyte replacement by serious athletes. Your best bet when it comes to coconut water is to weigh its benefits and disadvantages and decide, along with your health care provider, whether coconut water is right for you.