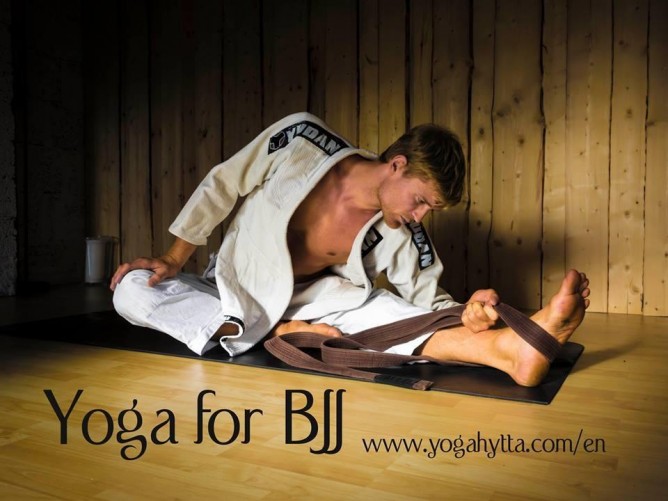 Sebastian Brosche is one of the biggest European BJJ hopes. He is a brown belt in BJJ and second degree black belt in judo. He was raised in Northern Sweden and is currently living in in Oslo – Norway with his fiance Stine. He won the Mundials 2010 in purplebelt, both middle-heavy and absolute. He won European Open in white, blue and purple and World Pro qualifier in London 2011. In 2013 He has also won the World Pro and 3rd place at the IBJJF worlds at brown belt. Sebastian has a website called YOGA FOR BJJ.

In this interview with our friends grapplersparadise.de Sebastian talks about the benefits of Yoga for BJJ.

What role has yoga had in your life?

When I met Stine who is a yogainstructor, my life and my BJJ changed alot. My body has become much more agile and strong, and I spend much less energy and effort to accomplish what I want in sparring. 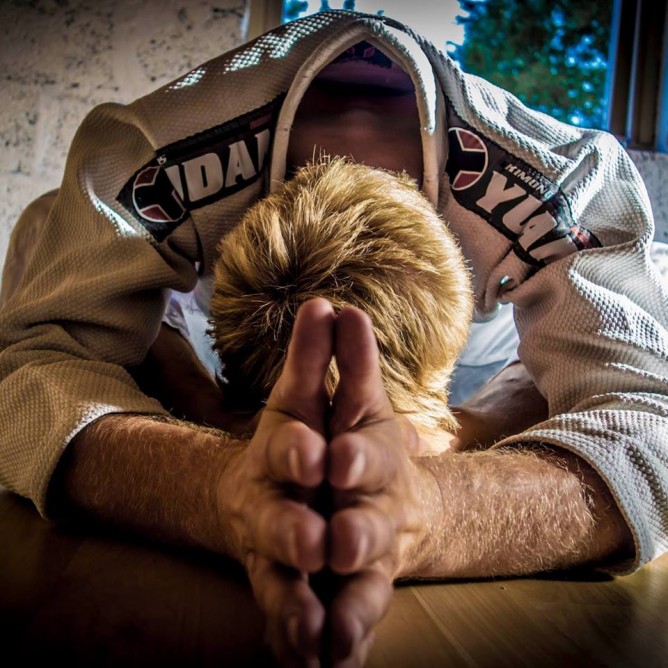 When did you start training Jiu-Jitsu, and what role does it play for you today?

I transitioned from Judo in 2007 and it has really humbled me and made me mature. There is so much to learn from BJJ, and I feel that every time I step on the mat there is great lessons there waiting for me if I pay attention. I dont train every day anymore, but it feels good every time I wear the gi. Einstein said that “Play is the highest form of research”, so I play with the techniques we learn at the academy and I smile (almost) every time I get tapped.

Why should a grappler incorporate Yoga into his or her training regiment and which are the greatest benefits ?

This is my top 9 benefits for grapplers: Lesser injuries. Better breathing [huge!] Better use of energy, so you can sparr more. Moving smoother and quicker. Increased flexibility, of course. More powerful submissions and being able to hold them much longer. Improved balance,base and control from top. Your core will get much stronger, and this will help all aspects of your game. The number one thing for me is the mental calmness (Keeping Cool) you get from yoga, which is paramount and crucial in a big tournament.
The more i practice Yoga and BJJ, the more similar they become. The underlying principles for improving in both genres are the exact same, so they improve and boost each other. If you are into BJJ for the long run, then Yoga is your greatest tool to stay healthy and nimble, no matter how old you get.

How often and how long should a grappler train yoga?

The simple and most honest answer is: The more the better. When you practice yoga with the right mindset, it is not possible to overtrain. Starting your day with a easy flow, and finishing the day with some relaxing stretching will 100% guaranteed transform you, as a grappler and a person.
(and when you start finding your favorite exercises and start warming up before class with yoga, great things will happen in sparring)