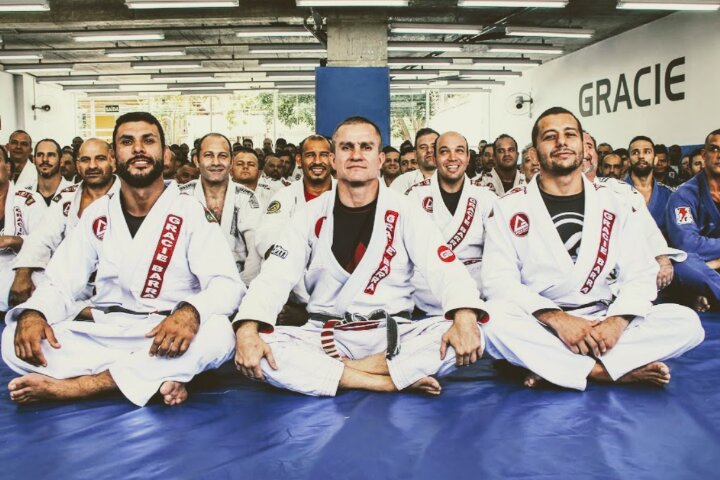 Vinicius „Draculino“ Magalhães is a fifth-degree black belt under the legendary founder of Gracie Barra, Carlos Gracie Jr.
A part of the „golden generation“ of BJJ, he has trained with other legends such as Roberto Gordo, Tinguinha, Soneca, Soca and many others. He was also the first person to open a Gracie Barra academy outside of Rio de Janeiro.

In an interview for BJJ Eastern Europe, Draculino discussed many interesting topics; including why mindset makes the difference between really successful Jiu-Jitsu competitors… And others:

Today, everybody is „tough“. Everybody trains hard, everybody has great technique… Pretty much, all techniques are being spread out in the world by the Internet. Simply, it is very hard to „hide“ techniques nowadays.
So, I think that the mindset of a champion is what makes them into the champions they are.

You see, looking at the history of Jiu Jitsu, you can notice that the biggest champions all had that one trait that is common to all of them… It’s that they believe – and not even in a cocky way! But they really believe that they are the best in the world. They believe that nobody can beat them. They really believe that nobody, on any given day and in any given competition, will be able to beat them within the Jiu Jitsu rules.
Sometimes they lose, of course. Everyone loses; but they have the mindset of being 100% certain that they cannot be beaten.

And that is a very rare thing for someone to have. Of course, that is because we’re always doubting ourselves, overthinking and sometimes thinking that our opponents are something more than they really are… But, the champions worry more about themselves than about other people.

Draculino went on to explain that focusing as much as possible on your own game plan – rather than on your opponent – will go a long way in your competition success:

And, of course, sometimes my students ask me: „Professor, what should I do with this sort of an opponent, what sort of a strategy should I use?“ But, it is way more important to focus on what you are going to do than what the other guy is going to do. If you manage to focus 100% on your game plan and on what you’re going to do… Then you have a mindset that will make sure you have more of a chance to win.
I always tell my fighters and competitors to try not to overthink so as to what is going to happen… What’s going to happen is in the hands of God; but you can control what you will do, most of the times.

So, focusing on that is what will give you the edge. When you’ve had good training, when you come from a very technical school, when you’ve had a great coach… And you add this sort of a mindset to it all – then you will most likely be the champion.

Make sure to read the rest of our conversation with Draculino – and hear so much more of his insights – on the following link.