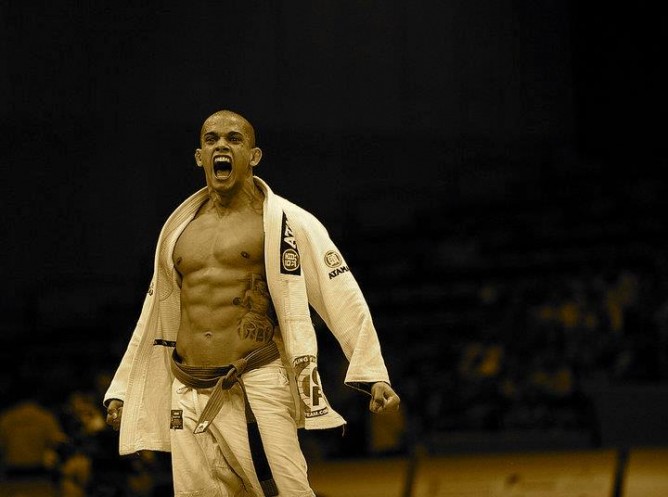 The fact of fighting away from home does not scare the brown belt Victor Silverio, 22, on the contrary. Increasingly experienced and known in IBJJF competitions, the young GFTeam talent is excited about the Pans, to be held from 20th to March 24th in Irvine, California.

In this Interview he talks about how he went from heavyweight to lightweight. Among his expectations, the possibility of facing not only Keenan Cornelius (Atos), but maybe the UFC champion Benson Henderson. 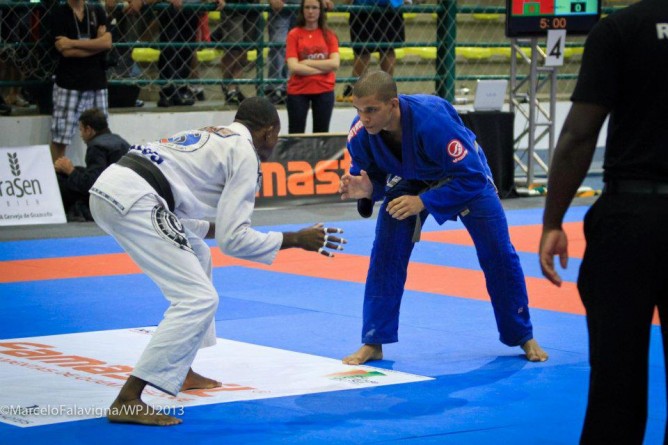 What is your expectation to compete at the Pans at a much lighter weight?

I won the Gramado trials (Brown and black belts together) for World Pro at lightweight, and it gave me an extra conditioning and push for the Pans as I saw that to be a champion just depends on myself. I had never dieted to fight, and always fought the weight I was, but I saw that all great athletes diet, and going down in weight will get you even stronger. So I went down to lightweight. It’s something new and I have to really diet. Training is very good and my head feels good. I’m very excited in this new category. I think I’ll complete more, and I’ll keep my game aggressive, never stop attacking. Even if you are losing and down 10/2, I will not give up.

Today the guy to beat in the brown belt is Keenan Cornelius, who has beaten you once. What will you do differently next time, perhaps this Pan?

I could not impose my passing game. I accepted the fight and let him dictate the pace. I’ll change that. I train with some excellent guard players that make me work hard to pass, like Rodolfo Vieira, Theodoro Canal and Patrick Gaudio, among others. Keenan became a friend after this fight which we did, but friendship aside, I want this rematch, after all he is the best brown belt today.

Would you be able to point out weaknesses in the game of Keenan?

It’s almost impossible to do that, huh. He is a fighter with a game that is almost perfect. But it is logical that he may make mistakes, nobody’s perfect. Perhaps, for him to fight too relaxed, and risking many positions, he ends up giving some gaps. But it is something you can only see and enjoy if you are dictating the pace of the fight.