The Exciting Rafael “Barata” Freitas on His Soccer Background, His Baratoplata & His Hyperactive Pre-Fight Starts 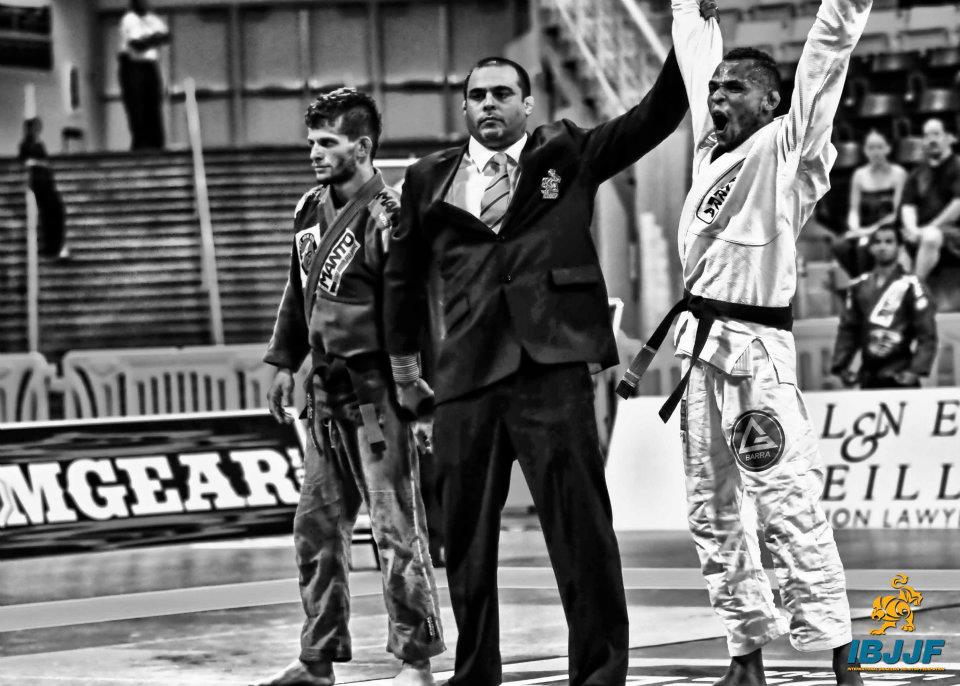 1. Hi Rafael, can you please introduce yourself to the BJJ Community of Eastern Europe? 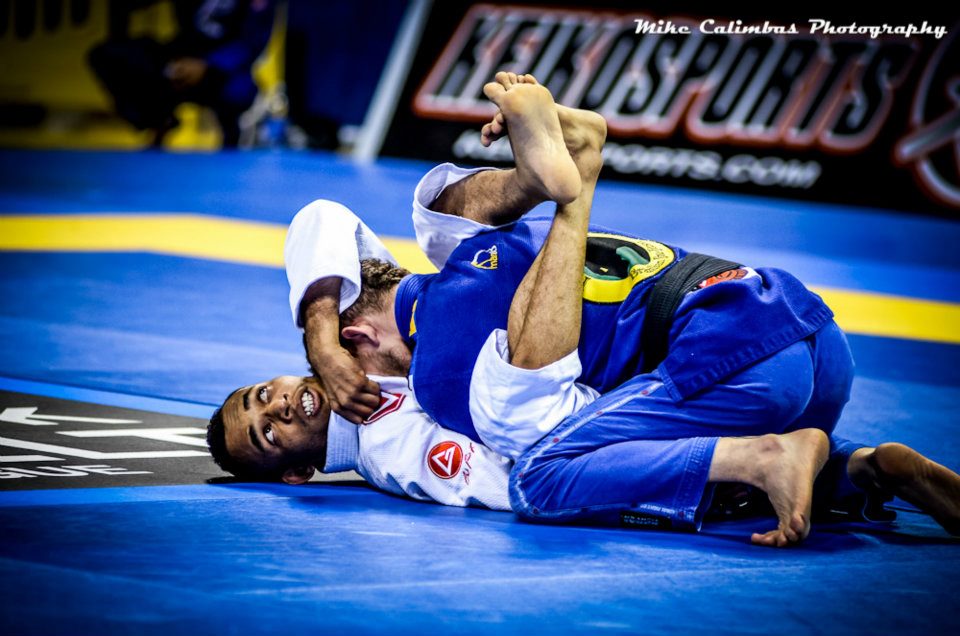 After watching Royce Gracie change the martial arts history by fighting in the UFC, I got really excited about of the idea of studying Brazilian Jiu Jitsu. I must have been 13 at the time, and I didn’t have enough money to pay for a BJJ school. My best friend at the time, Guga, who is now a purple belt on our team in Brazil, Gracie Barra Brasilia, did Jiu Jitsu at his school, and everyday we’d play Jiu Jitsu on the hard ground in front of our buildings. He’d teach me what he learned in class. After a long time playing on the building’s floor, I managed to sign up at a Jiu Jitsu school nearby – Team Jucão, headed by Professor Aílson “Jucão” Brites.

3. At what point in your life did you realize that you wanted to dedicate your life to Jiu-jitsu? What are your other interest apart from Jiu-Jitsu. Do you have time to a have a normal social life with all the training and competing?

Well I used to play soccer since I was a little kid and I was a very competitor and good soccer player. I dedicated my life entirely to soccer and all my family always taught I would become a soccer player. But when I started Jiu Jitsu I fell in love right away, first of all because I figured out that was possible to overcome my big friends even being the smallest and youngest of the crew and also because I always used to get into fights in the school and especially on my soccer games. But after I started to compete more often I decided to leave soccer to dedicate intensively to Jiu Jitsu and that’s was when I stopped fighting on the street and understood about to respect the others. So as BJJ is an individual sport where your success depends only of you and your fail is your own fault it makes things way more exciting. And yes I can definitely have a normal and social life I go out to eat, to movies, to dance, have fun with friends everything without losing focus on my teaching and on my training.

Well I’m a very competitor person since I was kid everything that I do I try to be the best. It can be on video games, board games, sports, no matter what it is if I like it I will try to do it better than you. And on Jiu Jitsu it couldn’t be different I always wanted to be the best fighter and I believe that all the aspects involved in a competition such as mistakes, adrenaline, mental pressure, audience etc… makes you improve, train harder and develop better skills faster than those ones that just train 3x week and just for fun without any interest to be a world champion.

5. Please tell us about your academy in New Mexico. How does it differ from other BJJ academies?

At Gracie Barra New Mexico we offer a world-class BJJ instruction. Professor Roberto Alencar, aka “Tussa”, is the one who brought me over five years ago, and now we have a group of five black belts teachers, four of whom are IBJJF world champions. We have a really well-structured team with three branches in the city of Albuquerque and more affiliates in neighboring towns. And nowadays we are the foremost reference when it comes to teaching character, self-defense and BJJ skills to communities around the region. We teach Jiu Jitsu For Everyone no matter age, gender, goals or anything we will always be here to change your life in a positive way.

6. What is the story behind your nickname “Barata”?

Well I got this nickname when I was 7-8 years old and it was because of my quickness playing soccer, I would dribble everyone super quickly it was hard to take the ball from me and for been the smallest, youngest and the only one with the dark skin in the crew people started to call me “Baratinha” that means little roach and as I kept growing it became “Barata” that means cockroach.

Wow there’s too many… First of all my professor Aílson “Jucão” Brites for been my mentor and the one who showed me the path of this life style; Then the majority of the small fighters champions that I grow up watching and reading about such as Robson Moura, Frédson Paixão Bernardo Pitel, Bibiano Fernandes, De La Riva, Royler Gracie, Megaton Dias, Samuel Braga among of others… But the main one for sure was Fernando Terere, that guy was a showman he was fast, technical, aggressive, playful and trickiest… Super fun to watch even people from another team used to cheering on him, great bjj player!

8. I love watching your fights because of your quickness, and the hyperactive way you start the fight, doing these wild almost dancing moves. What is your reason for doing this?

Hahaha I think it’s because of being a big fan of Fernando Tererê made me get a little bit of his style… But yeah I like to do this because the beginning of the fight is really important to implement the right strategy and it can very tense so I use it to relax myself a little bit more, to distract my opponents and also to be unpredictable.

9. You are famous among other things for your baratoplata. When did you start using it in your Jiu-Jitsu arsenal and please tell us how have you been working on refining it throughout your career? What are other strong points of your game?

I learned this move when I was a blue belt probably 12 years ago around 2000 and really started to use it when I was a purple belt around 2003 probably. It was fun because the majority of the time I would get someone there and the referee and nobody wouldn’t even realized what was going on but then would see the guy taping showing a lot of pain. My thing is whenever I like a submission or a good move I tried to find ways to apply it from everywhere and that is what happened, today I can pretty much apply this technique from everywhere. The strong point of my game I think is that I can play from everywhere, I try to be good on all the aspects of the game because that makes me be able to play with my opponent out of his comfortable zone. If he is a good top player I will play passing, if he is a good guard player I will play guard so I feel comfortable playing pretty much everywhere.

10. You recently participated in the first IBJJ Pro league. In your opinion how long will it takes for Pro BJJ champions to make a good living from competing in BJJ (compared to like pro skateboarders or sufres for ex).

That was a good step and it’s awesome to see that now they are worrying about prizing your Pro athletes with money. It took and takes us a lot of money to be able to compete at all these tournaments and make our career trough all those years. It’s very expensive to travel around to compete so it’s really important for those big BJJ events to support their Pro athletes with prize money. But I think we are still too far to make it happen, $5000 living here in US it’s nothing, in 2-3 months it’s already gone, and only for the champions? Why? Man it’s sad because sometimes the champion won his matches super close sometimes even by a referee decision or controversial and only him will be the one taking money home to the family, but the others one that spent a lot of money with plane ticket, hotel just to be able to be there competing won’t take nothing home, that’s sad and sometimes unfair. I think as it was only 8 men per division it could have had a higher prize, they could’ve had prized everyone with some money, maybe even with plane tickets, hotel rooms, something… What about bonus for best submission of each division, bonus for best fight of each division, its a great motivation for the athletes to put good fights for the fans, special now that we are getting into those streams channels where people from all around the world is watching us. So there’s so many things that they still can improve on and of course we would had to have tournaments like that way more often.

11. Do you think that one can become a BJJ world champion with just focusing on technique, drilling and sparring without any additional strength and conditionning?

Right now I’m working on my Baratoplata DVD that I’m trying to release it before PanAms and also intend to continue competing at the biggest Jiu Jitsu tournaments around. But in 2013 I will be focusing more on my MMA career. Right now I’ve got a 5-0 pro record and a three-fight contract deal with Legacy Fighting Championship, my next fight is booked for March 1st so I’m really excited and next year I will be putting more time into MMA. I’m going to be training very hard to make it to the top and I dream to be the best Flyweight fighter one day.

I would like to thank you all for the opportunity hope you all enjoyed it and if anybody have any other question just follow me on twitter @Baratafreitas its a pleasure to keep in touch with the BJJ Community of Eastern Europe. Happy New Year !!!

Check out Barata’s awesome fight with Caio Terra and the super hyperactive start of the fight!