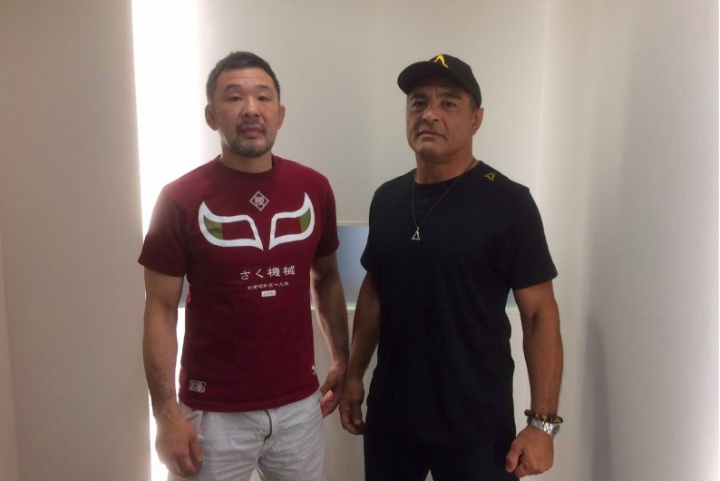 2 martial arts legends met in Japan a few years ago: Rickson Gracie and Kazushi Sakuraba aka ‘The Gracie Hunter’.

In the early and mid ’90s the Gracie family ruled the world of MMA, and Gracie jiu-jitsu started a martial arts revolution…then came the Japanese fighter Kazushi Sakuraba. He stopped Royler, Renzo and Royce and won a unanimous decisions over the late Ryan, earning him the nickname “The Gracie Hunter.” But how would he have matched up against Rickson, the best fighter in the family at the time? Rickson retired from competition in 2000 (with an undefeated record).

Sakuraba has since lost to Ralek Gracie by decision and to Yan Cabral by submission (the first time he was ever submitted). He fought Renzo Gracie to a draw in a grappling match. Saku also lost to the much younger Shinya Aoki in an MMA fight on NYE last year  at Rizin in Japan.

In this video, we get to see the epic moment when these 2 legends met for the first time, and Rickson Gracie reveals the real reason why he never faced Sakuraba. 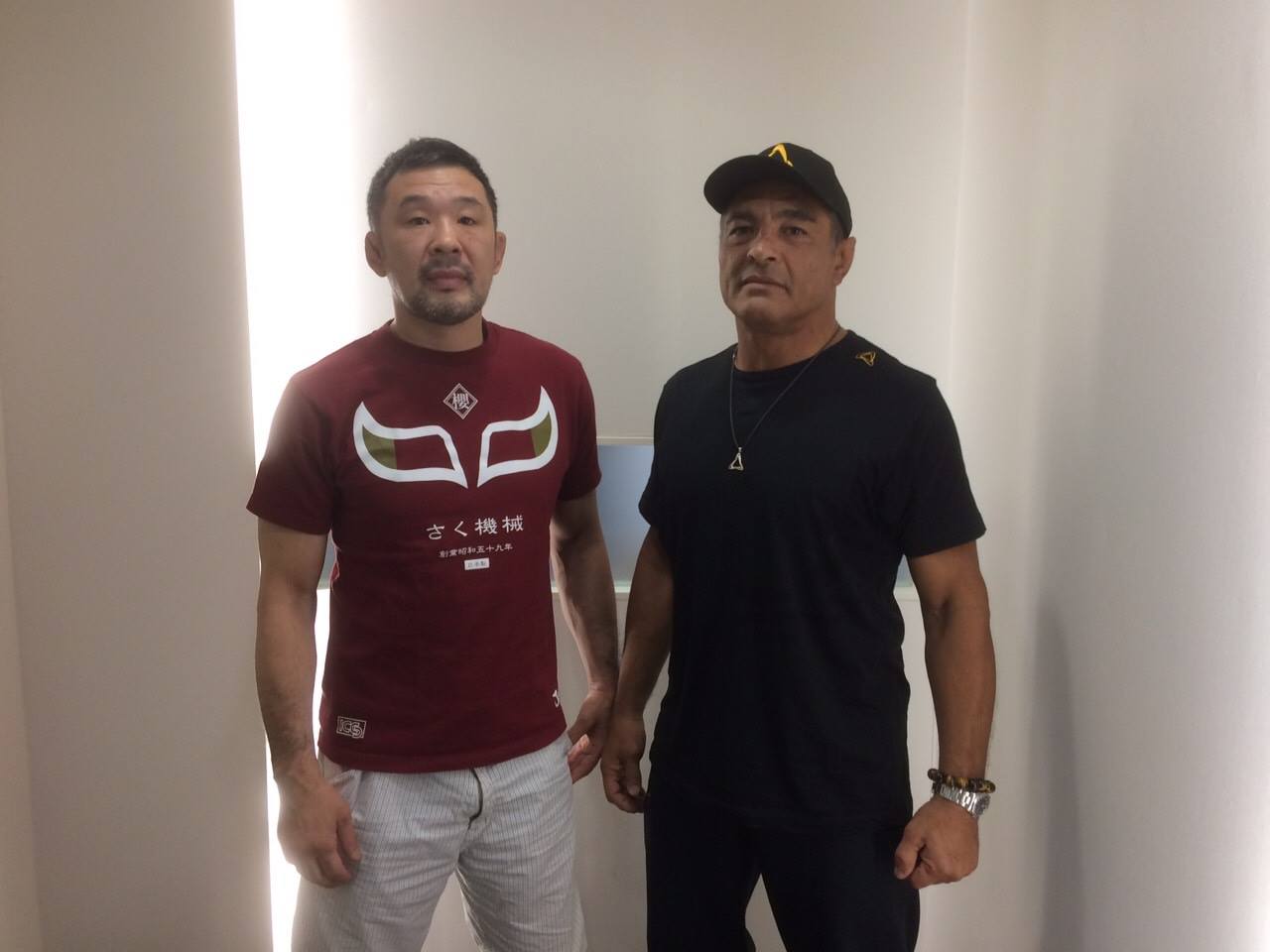 In an older interview with Black Belt Mag, Rickson shared his thoughts on Sakuraba and his strengths and weaknesses:

“Why has Kazushi Sakuraba been so successful against Brazilian jiu-jitsu stylists?

Rickson Gracie: He doesn’t make many mistakes. He’s very calm … the kind of fighter who waits for you to make a mistake and then capitalizes on it. I saw fights where people kept pressure on him — like when he fought Kimo [Leopoldo] — and he got beat up pretty easily. I saw fights where he didn’t really win — like with Royler [Gracie]. Sakuraba stayed outside and kicked Royler’s legs and punished him, and because of the weight difference, he got the advantage. I saw him fight Royce [Gracie], and Royce had the advantage in the first rounds. And then he just got tired and could not keep the pressure on Sakuraba. He could not finish the fight before he got tired. And I saw him fight Renzo [Gracie]: He was always very calm, waiting for Renzo to give him the space to create new options for himself.

Basically, Sakuraba’s not a destroyer; he’s not a guy who has a great expertise in anything. But he’s very smart and very tough. He’s not afraid of getting beat up, and he plays with the crowd and makes a mess in his opponent’s head.

How does a person acquire that kind of mindset? Could a fighter consciously develop his mind to use those same tricks?

Rickson Gracie: I think you can develop that kind of mind, but some people are born with it. It’s just that in every match Sakuraba has won, it was not a victory he could put over his shoulders [to display]. Of course, he deserved to win — he’s a tough opponent — but he never made the victory. A lot of people allowed him to slip through their fingers. Nobody who lost to him says, “That guy is really good; he kicked my butt.”

So you don’t see much technique in Kazushi Sakuraba’s fights?

Rickson Gracie: Of course he has technique, but I don’t see anything that impresses me. The mental aspect of his game is the most valuable possession he has.

Do you feel any pressure to fight Kazushi Sakuraba — to protect the Gracie name, if for no other reason?

Rickson Gracie: I don’t feel pressure to fight anybody because I don’t have a commitment to myself to prove anything or to my family to protect the name. The family will always be respected. I don’t think winning one more time or losing one more time will shake it. But in my heart, I really think Sakuraba deserves to get beat because it’s like he’s lucky all the time. He’s just very slippery.

If you don’t fight him, who would have the best chance of beating him?

Rickson Gracie: A simple fighter can beat Sakuraba if he gets the “enlightenment” he needs to get the mental and psychological elements to guide him through the fight. Sakuraba is not a great puncher or a great submission fighter. He just stays calm and takes advantage of the openings. And if another fighter is calm enough to wait for his shot and tight enough to not give spaces and lose the opportunity, he can win.”