Interview With The Crown Jewel Of The Checkmat Team: Renato Cardoso 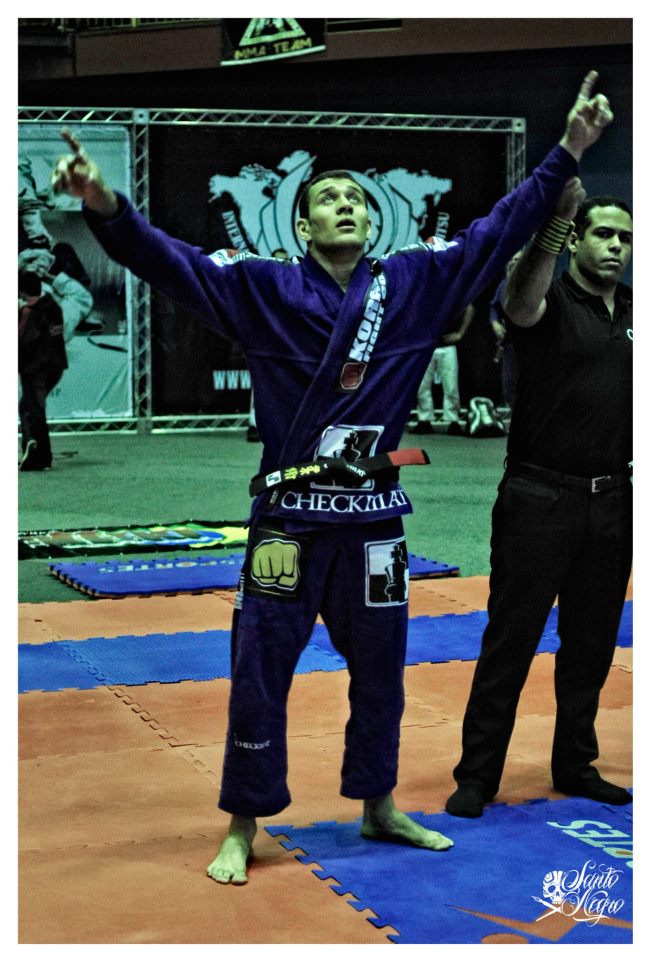 A student of  Rodrigo Cavaca, Renato Cardoso made a big name for himself in late 2012 being revered by jiu jitsu’s media as the new “crown jewel” of the Checkmat Team. This status came after a series of magnificent performances in his first couple of months as a black belt, when Renato Cardoso conquered the medium heavyweight world jiu jitsu title (CBJJE) as well as the Sao Paulo International Open (IBJJF), only a few weeks later in both his weight class and the absolute, this time submitting every one of his 9 opponents. (introduction from BJJHeroes)

1. Hi Renato, can you please introduce yourself to the BJJ Community of Eastern Europe?

I started training at 15 years old. I fought all the time in school and on the street. My neighbor called me to train with him, so we went for a workout and never stopped training until today. I had trained judo, but did not like it that much. In my second month of jiu-jitsu, I fought and won a championship in the absolute and weight, and I found a love for the adrenaline, which caused me to continue to train today without stopping.

3. At what point in your life did you realize that you wanted to dedicate your life to Jiu-jitsu? What are your other interest apart from Jiu-Jitsu. Do you have time to a have a normal social life with all the training and competing.

I decided to dedicate my life only to jiu jitsu. when I won the Brazilians in 2008, I was still just a purple belt and I dreamed dreamed of being as successful as Andre Galvao, Jacare and Romulo Barral. They always were the best at the time and I always saw them in magazines , websites, and I knew that one day I could be like them if I devoted myself 100% to jiu-jitsu. In 2010 Rodrigo Cavaca ,was in the Brazilian championship, and asked me if I could train with him in Sao Paulo, and he called me to train at his academy in Santos and teach in their branches. That changed my life from that day and today I only breathe for jiu jitsu. At this moment my goal is to be world Champion in Absolute and Weight and then who knows maybe ADCC then I will move to MMA. I do not have time to have a normal social life because of my coaching duties and ending the day at midnight, giving my last class.

I like to fight every weekend, to increase my adrenaline. I love to compete. This is my life.

5. You are famous for your Spider-Guard, Triangle and “Botinha” Footlock. How did you develop those techniques (did you have have them since white belt and develop them, or did you learn them more recently)?

My spider guard, triangle and arm lock, I’ve had these moves in my arsenal since the white belt. I started practicing footlocks as a brownbelt when I moved to Santos, where I learned from my professor Rodrigo Cavaca. Now at the black belt, I like to pass the guard, grab the back, improve my guard, and my footlocks, trying to finally be complete.

6. Please tell us about your academy in Santos. How does it differ from other BJJ academies were you trained before like Boca-De La Riva? How is it training with such monsters as Cavaca, Buchecha, Cara de Sapato, Nivaldo Oliveira etc…

Here we have a different type of training because it is really aimed at competition and we live only for jiu jitsu, training alot, BJJ twice a day. We drill our strongest positions, and train specific positions. I think the difference in our team is that I always go for the submission and not just points. Another difference is that we always seek new athletes from other cities, adding to our training and making new champions. Training with these monsters is a privilege for any athlete  and is very benefitial.

Ronaldo Jacare, Andre Galvao, Romulo Barral, Rodrigo Cavaca and today Buchecha Marcus Almeida, are athletes that I admire. I always watched all their fights.  Each of them have a different style. They all fight with heart and are finishers. Ronaldo Jacare, and Andre Galvao are extremely versatile. Romulo Barral has un-passable guard, and has great submissions. Rodrigo Cavaca has great footlocks and Buchecha has to be the most complete fighter of all. he can fight in any position.

8. How much strength and conditioning do you do per week and what type of exercises?

I lift weights on Tuesday, Wednesday, Thursday and Fridays and also do functional training.

Renato and his professor Rodrigo Cavaca

10. How would you describe your style of Jiu-Jitsu?

I always fight going forward. I always search the submission before the end of the fight!

11. What advice would you give to someone who wants to fight a much bigger, stronger opponent in a absolute fight. What basic strategy should they use?

First you should always believe in yourself, and in your jiu jitsu and should be faster because the heavier opponents are always slower.

In 2012 I gave a lot of seminars. I still have to fight in two more championships and after Dec. 15 I will begin preparation for the 1st semester of 2013: The European, Pan, Brazilian, and World! I will fight all the major championships of 2013.
I want to thank God first, then my family, my sponsors Koral Fight Company, D’Boa sushi restaurant, D’Boa Mexican Academy Trainer. And you who gave me the opportunity to show my work.

13. Thanks Renato and all the best!