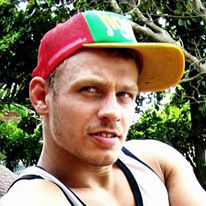 Christian Graugart went around the world training Jiu-Jitsu and wrote a blog and great book about it (if you have yet bought it, you should, click here) In this interview with BJJ Eastern Christian talks about his latest news which include his new team BJJ globetrotters, and the birth his son:

1. Hi Christian, can you please introduce yourself to the BJJ Community of Eastern Europe?

My name is Christian Graugart, I am currently 31 years old (feel 30), holds the mythical black belt. I live in Copenhagen, Denmark where I also teach and train in my own gym, CSA.dk, which I have been running now for ten years. I don’t think I have any titles of interest, apart from maybe “gentleman” and “cat whisperer”.

2. What’s the latest with you?

First and foremost, I just became a dad two weeks ago, so that’s a bit of news there, I guess Jiu Jitsu wise, the news is, that I’ve been injured forever and feel like absolute shit, since I haven’t been able to train seriously for more than a year. I know I will come out on the other side of this, but sitting on the mat every day for months and months at a time, watching everyone else roll, is quite depressing. Hopefully I’ll come back strong in 2014.
Since I published my book a little over six months ago, my network of friends around the world seem to have exploded. That kind of resulted in the creation of a “team”, which I call “BJJ Globetrotters”. It’s not really an organization in the traditional sense, but more a group of people who share a common set of beliefs in regards of, how they think Jiu Jitsu politics and training should be. Basically, it is affiliation based on friendship and training, as opposed to business. For more info, people can check out www.BJJglobetrotters.com. 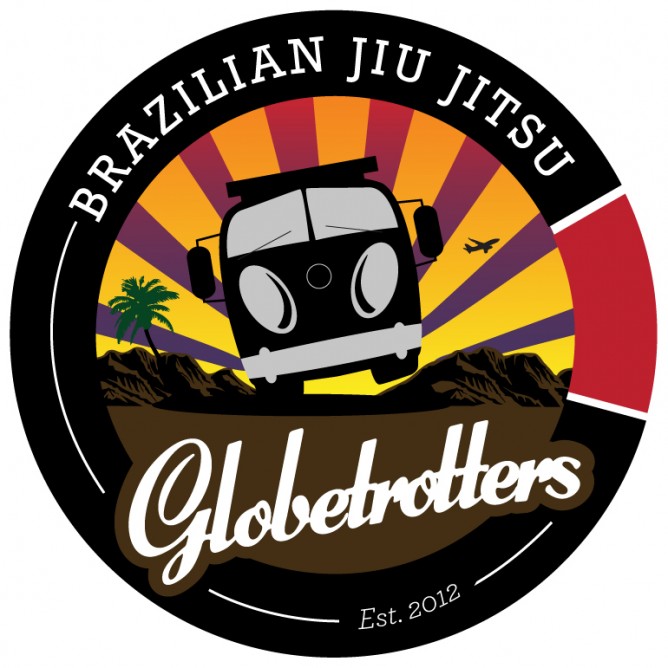 3. You were promoted to black belt last year and immediately jumped into the black belt competition circuit. How different is it competing as a black belt? Is there a huge step up in level from brown belt?

For me personally, there hasn’t been much of a difference. Lots of the brown belts I competed with are black belts now, so it is many of the same faces. And in both divisions, I still have a chance of meeting someone I can potentially beat and someone, who will absolutely wipe the mat with me. So to me, the challenge in itself of competing, feels the same, no matter who stands in front of me. The only real opponent is myself, anyway

4. Please tell us about your academy CSA.dk and your BJJ section there.

We started out ten years ago with just a handful of enthusiastic people trying to teach ourselves Jiu Jitsu, MMA and Muay Thai. Today, we have around 700 members and things are going really fast. I teach Jiu Jitsu classes there along with a bunch of other, talented instructors, who has been a part of the gym for a long time.
I think we have a strong group of a wide range of people there, everything from kids, to hobbyists and hardcore competitors. Most importantly, everyone seems to really enjoy every day on the mat there, and that is what counts for me.
We receive a lot of guests in the gym, people coming in from abroad to train with us, which is really nice. Eventually, we decided to try and gather all these guests at training camps, and we’ve now held two, very succesful camps, which is something we’ll definitely keep doing. 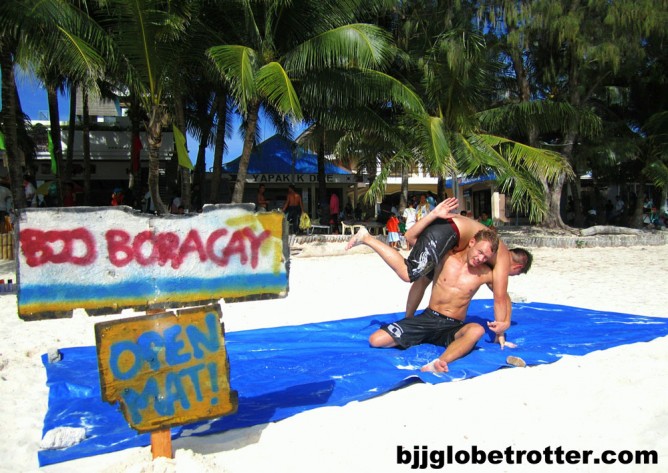 Christian training on the beach in Boracay, Philippines

Well, my newborn son has cleared my calendar for the rest of 2013 pretty much, so personally, it will be sparse with competitions and such for me. I have a few seminars and such lined up and hopefully my body and schedule agrees, that I can attend a few competitions myself, just to keep it going. London Open in October is something, we have set our eyes on, of course, but also Swedish Open is a must for us every year. So, without having planned any of it, I think those will be the major competitions to focus on for us.

At the ten year anniversary party of my gym, I jumped in the cage for the second MMA fight of my career. It’s been ten years since I did it last time, and a handful of years since I even trained MMA. It was good fun and I think for sure I will be fighting again in 2014, maybe even at a bit more serious level.