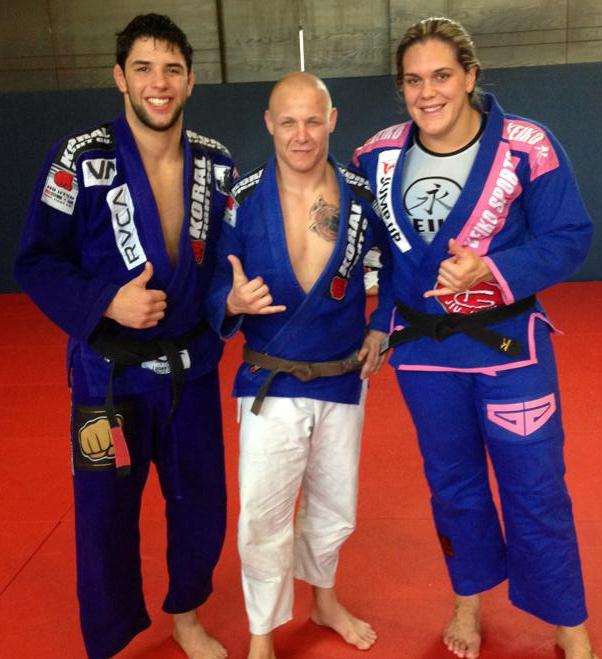 Michal with Buchecha and Gabi Garcia

One of the nicest and coolest guys and in the Eastern European BJJ community, Michal  Sobolič from Slovakia, sat down with BJJ Eastern Europe to talk about his Brazilian teachers, His team and the BJJ scene in Slovakia:

Hi Michal, can you please introduce yourself to the BJJ Community of Eastern Europe?

Hello, my name is Michal Sobolič , I am 31 years old , I was born and I live in Nitra, Slovakia. In BJJ , actually I received brown belt from Walmaro Medeiros de Sa and Adilson Bitta Lima in 2012. I train in my birth city of Nitra in our Pitbull Gym at Klokocina , of course when I have some free time , i travel to train at GB Hungary with our Hungarian friends and good coach Max Carvalho and we also cooperate with BJJ Revolution Slovakia team which is lead by our friend Stefan Hupka (brown belt). Recently, we spent one month in Abu Dhabi at our head coach Walmaro Medeiros de Sa place where we joined a group of black belts from Brasil and trained with them. 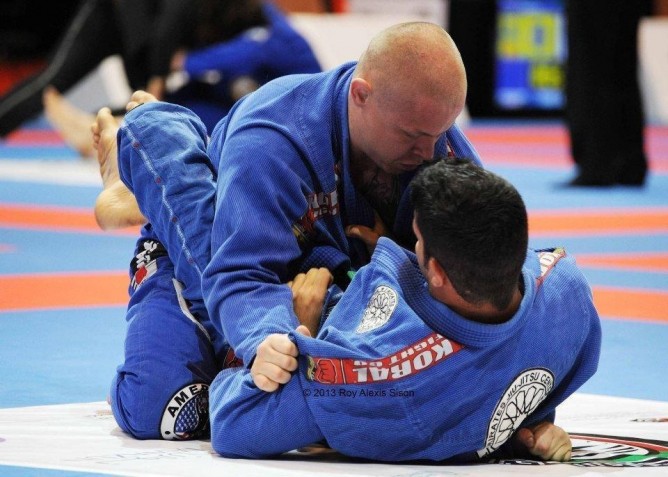 Please tell us about your Jiu-Jitsu story.

To BJJ I came completely by accident , because I started with boxing and through my coach František Vančo-Traditional Jiu Jitsu coach ( R.I.P) which was national Czech vale tudo champion. I came into contact with BJJ first time when I trained with him but we did not actually know in those days what really BJJ was , we just tried to train and learn what we saw from VHS tapes where UFC tournaments was recorded , this was in 2001 , when BJJ scene in Slovakia did not exist yet. In 2003 , I met Lincoln Rodrigues who trained FREE FIGHT and lived in Vienna, Austria and after my first training with him i started to more focus on ground fighting. With my good friend Matuš Mečár( OFA MMA Fighter , main sparing partner of Attilla Végh) we began to focus on MMA and Combat Sambo training. This basically lasted until 2008 , when I discovered the BJJ club in Bratislava , led by Tibor Repta , my first BJJ coach, he was focused purely on BJJ. In the half of 2009 , Walmaro Medieros de Sa (black belt 3rd degree) was invited to Slovakia , and he also opened Pitbull Academy in Nitra where I train till today.

What can you tell us about the BJJ scene in Slovakia?

The BJJ scene in Slovakia before 6-7 years practically did not exist and started to form around 2006-2007 , first attempts to train BJJ in our region developed Stefan Hupka from Púchov ,which team also train till today. Basically at same time already started to work Octagon Fighting Academy , in which they trained MMA and Grappling also. This Academy is lead from start by my friend Ilja Skondrič and Peter Sluka. It’s a profesional team of MMA figters. From these academy also came out the best Slovak mma fighter and bellator champion Atilla Vegh. In 2007, Tibor Repta established a club in Bratislava , it was branch of GB Pitbull , which by time joined together with BJJ Slovakia , which is lead by Lubomir Repasky. It shoud be noted that Slovak BJJ was not created day-to-day and there was not black belt here at beggining who can steered us to right way. Nowadays, hopefully situation is more favorable, BJJ Slovakia is in Bratislava , BJJ Relovution Slovakia in Puchov and GB Pitbull in Nitra.
Another BJJ clubs are in Martin, Topolčany, Trenčín and Trnava. People understood that , if they want to be on better, they need to go to camps, seminar, go abroad or invite black belts to their clubs. 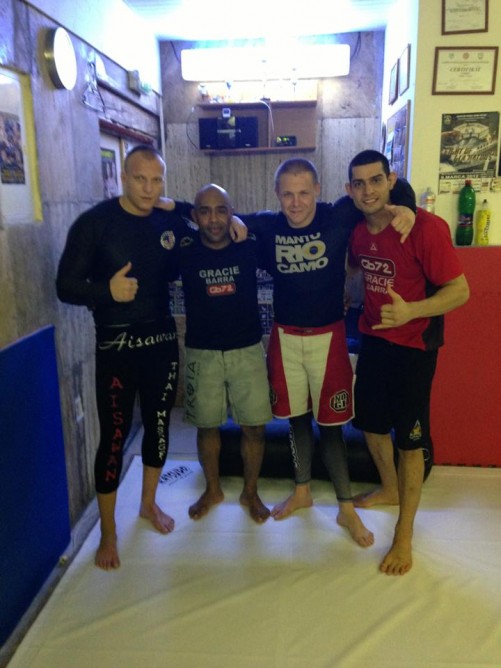 Please tell us about your BJJ academy and team.

Our Pitbull BJJ Academy Gracie Barra Pitbull Nitra-slovakia was created in 2008.We are official branch of Academy- Clube de Jiu-Jitsu Pitbull – Teresópolis – RJ which is lead by Adilson Bitta Lima (6th degree ). Our academy is devoted to Brazilan Jiu Jitsu , MMA and boxing.We train 5 times per week , from Monday to Friday in our Pitbull Gym. Our club is main organisator of event Fight of Gladiators , where you can see amateur and professional mma fights. We also organise NoGi Pitbull Cup. Our Pitbull Team-Slovakia try to start at all BJJ tournaments in our region , we started in Czech Republic- 2.Cold Blade Cup , from where we brought 9 medals , also ADCC Hungarian Open(Gold Medal) , Croatian Open(4 medals) and we also started at World Pro Jiu Jitsu in Abu Dhabi. 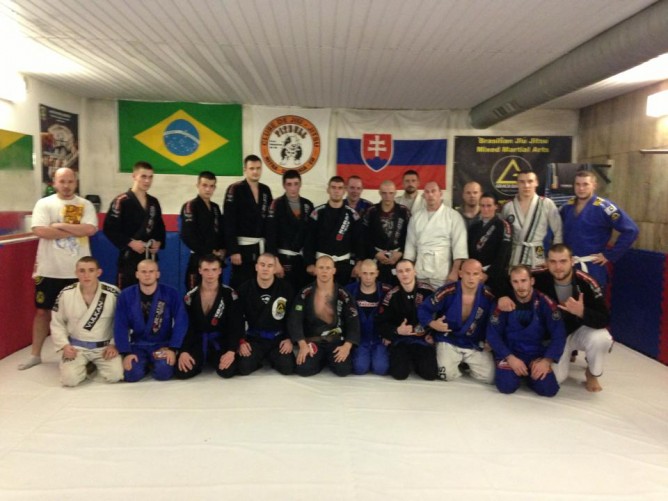 Coming Up Next : BJJ tournament in Martin  (info: www.saiclub.sk) , Ippon NoGi Cup, Rome Open and European NoGi Championship at the end of June in Italy , and after that our club will organise summer Pitbull BJJ Camp in Nitra from 8.7 to 12.7. For more information www.graciebarrapitbullnitra.sk, we also plan some MMA fights in Slovakia and Czech Republic. In the summer we want to join BJJ Camp in Balaton, Hungary. And of course still more to train , because it is only way to to win tournament.Hard Work !!!

If you want to thank somebody or sponsors, feel free.

I want to thank you for the opportunity to make this interview, also thank my students for their work for our club, to FitPlus company for nutrition supplements, Friends Restaurant for financial help,and also for everyone who support us.The most who I thank you is God and my family , cause without them anything would not be possible. I send greeetings to Academy Pitbull in RJ-Teresopolis to our brothers and to our head coaches Walmaro Medeiros de Sa and Adilson Bitta Lima!! Also, thank you to community of BJJ Eastern Europe.