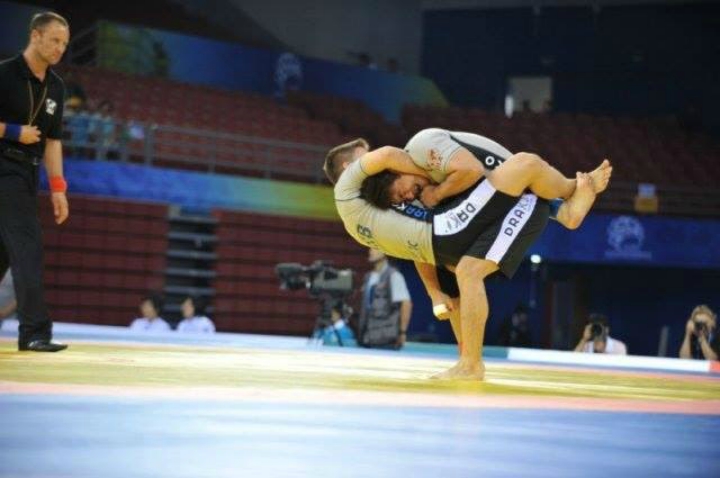 BJJEE spoke with top Serbian grappler Srdjan Rokvic about his experience competing in and refereeing some of the biggest grappling events in the world.

Hello Srdjan, can you tell us a bit about yourself and your combat sports qualifications?

Yes, thank you, and first of all, greetings to everyone reading this feature. My name is Srdjan Rokvic, I am a born Yugoslav, but currently a Serbian citizen, because as you might or might not know, we’ve had some rather difficult barriers in our past have kinda torn us apart as a nation.

In regards to combat sports, I’ve had a chance to participate in the FILA World Championships in Krakow, Poland, in which I took 5th place in the 90 kg category. which qualified me for the SportAccord World Combat Games in Beijing, that took place in 2010 – in which I earned a humbling 6th place, loosing my first fight to Zbygniev Tysca by submission, and other matches were a combination of a loss due to injury, a win by submission, and a loss by the same, in very quick fashion I might add.

Apart from that, I’d say a silver medal at the FILA Grappling Grand Prix in Nyon, Geneve, was my best international result, while on the national level – I’m proud to have won the Serbian ADCC 2012 championships in the -88kg category.

You’ve been a referee as well, is that right?

Yeah, and I actually consider that a greater part of my sports career, as it was something that propeled me towards really getting to know the system which I was a part of, and which gave me the chance to referee matches to some greats of the Grappling/BJJ world, such as Penny Thomas and Jeff Monson.

Refereeing was at first something which I saw can help me travel more and stay active on the scene, but my role and understanding have surpassed that very quickly – I have realized that being an arbitre can greatly benefit the just treatment of competitors that sacrifice so much in training so they could give their best in competition.

I’ve also refereed professional MMA, and that is something that I’d be interested to do again, especially after having a chance to referee to former UFC fighter Denis Stojnic, who I must say, is a great professional, from what I experienced. 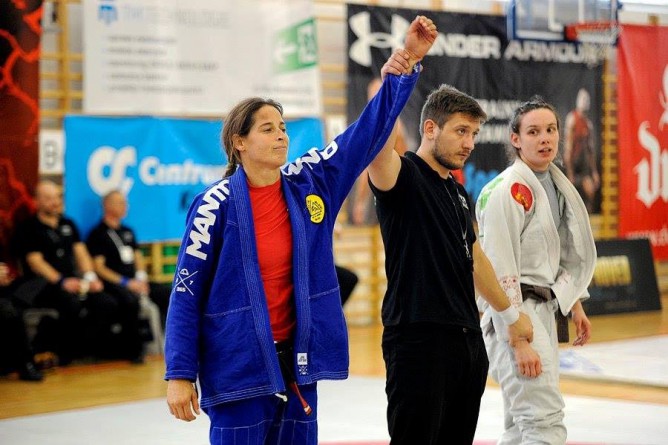 Your travels have earned you the title of the “Serbian Combat Sports Ambassador”, can you tell us more about that?

Of course. First of all, I must tell you that the name of the interview at hand was a grand honor and surprise to me. I was participating in the UniFight Federation Grappling World Championship (a federation we will be hearing more about in the near future), and after that I traveled directly to Denmark, so I could go to Malmoe in Sweden to referee a competition held under FILA rules.

While in Russia, I spent the first couple of days competing and refereeing in Medyn, Russia – and fortunately, my desire to spread the knowledge that I have painfuly earned was something that was heathed, and the organisers of the competition gave me a chance to hold a seminar to children involved in freestyle wrestling and sambo. Of course, it was a fun time for them and a great experience for me, because we were all exposed to representatives of a new foreign culture, and I believe I have learned even more from being on the mats with those children than they have from my presence. After that, I traveled to Moscow, and did the same, but the kids in the camp I taught were a bit more competitive, so I got out with some minor injuries, and that was only due to the fact that I kept my cool, otherwise, the kids would have torn me apart 🙂 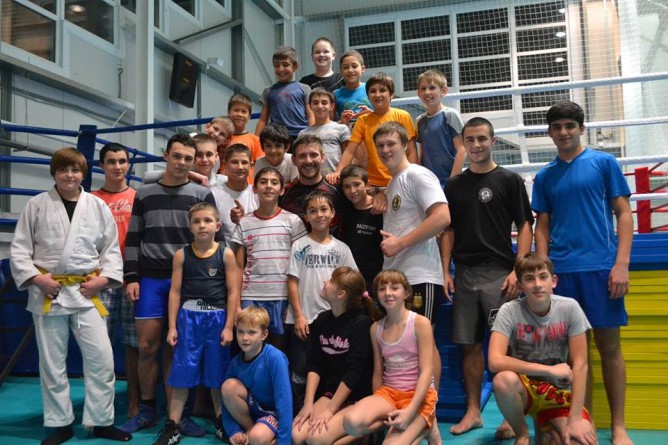 Any plans for the future? Will you continue your path, as you have been the Delegate of the Serbian MMA Federation, I’m guessing that your professional plans are related to that?

To tell you the truth, I’d love it if I’d get the chance to further represent interests of my counties Combat Sports Federations, as I’m active in Grappling (BJJ/Luta Livre), Wrestling, Judo, and MMA federations. I see no greater purpose for my life at the moment other than spreading the gosspel of combat sports, as they have been the turning factor in my life which liberated me to become the man I am today.

I find that the respect you get from your community does not come from the fact you can fight physically, but rather from the fact that you have the confidence and qualities necessary to overcome daily difficulties and problems – same for yourself and for others in need around you. I’m certain I would be a specific person even if I never trained combat sports, but the fact of the matter is that I’m a useful member of society primarily because of the fuel gained through years on the mats, at home or abroad.

Alright, that’s quite a lot. Any last words?

Thank you for your attention, and I’m looking forward to visiting your contries and being submitted by all of you who are reading this, as it will make me much better, at least I will learn a black belt in submitting 🙂

Also, I try to manifest myself through arts, but for that aspect you can follow my facebook page simply named “Srdjan Rokvic”, and make sure to check my Instagram page which can be found under the same name, or under the nickname “rough_and_ready_”.