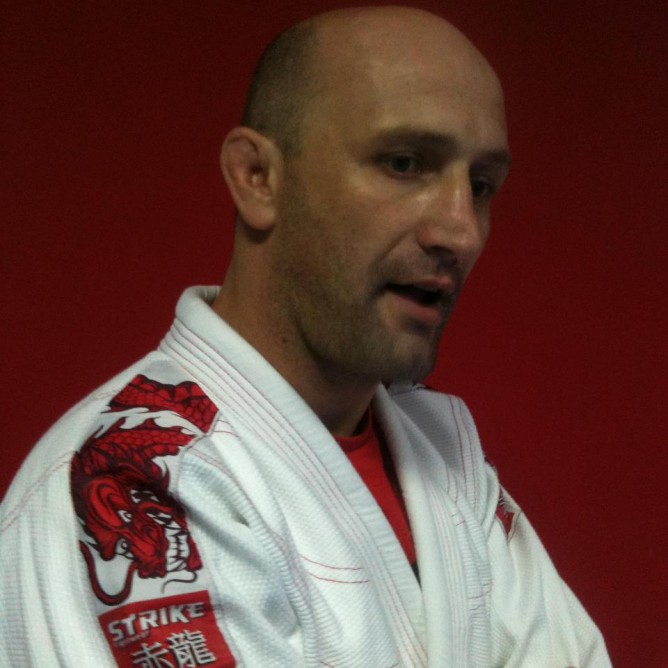 Nenad “Lata” Latincic is a Serbian BJJ black belt under Roberto Atalla. He talked to BJJ Eastern Europe about his BJJ story, how he left MMA to focus on BJJ, his meeting with Roberto Atalla, the growth of Rio Grappling Club, and his BJJ travels. Read on to meet a really interesting member of the BJJ community:

1. Hi Nenad, can you please introduce yourself to the BJJ Community of Eastern Europe? 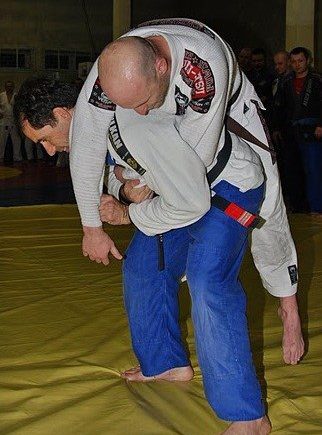 Well known phrase ‘ Jiu Jitsu chainged my life’ I grew up in boxing gym ‘ Čukarički’ where I trained with friends and boxing legends of Serbia.
My bjj story begins in 2000 when Jovan Zerjal stopped me on the street and invited me to come to his training, I was wearing ‘Atama’ T-shirt which attracted his attention, a year before I got all Atama equipment and I was training Real Aikido with Sensei Bratislav Stajić in BJJ gi … What a coincidence.
I left Zerjal team in 2003 and established my own Shooto club ‘Despot Stefan’ and became a trainer, we fought in many International MMA events and lot of guys started in this club and became famous all around. Since then I traveled around the world where I was training and learning BJJ with great names like Eduardo Brigadeiro and Paulo Caruso. Few years ago I left the MMA story and totally dedicated myself to BJJ And ADCC.

3. Please tell us about your academies in Rio Grappling Club in Serbia and about your Master Roberto Atalla and team

We are so simple in Rio Grappling club Serbia, we train together, we are competing together and we live together in good and bad situations.
Not just in Serbia, Rio Grappling community works like this in whole world !
In Serbia you can find us in Niš, Belgrade, Smederevo and Kraljevo … All are welcome !
From 13- 200 August are making 2nd Serbian Camp where, beside me, will be two black belts, my friend Mario Koziej from Rio Grappling Club Poland and
Edson Rodrigues Ricardo Alemao from Fabricio team Montenegro, he was our guest last year also.
Sensei Nilson ‘Pokemon’ Lopes ( I got purple belt from him in 2007) connected me with Sensei Atalla because he couldn’t travel so often to Europe and Serbia. They are friends, so I had recommendation and good solution because it was really hard to get Brazilian teacher in Serbia, country was in problems and people didn’t have money for traveling and we needed visas for any country in Europe.
Since then I’m attending his seminars and camps, he also comes to Serbia from time to time, we have good friendly relationship, he is great man, ‘Risada’ . 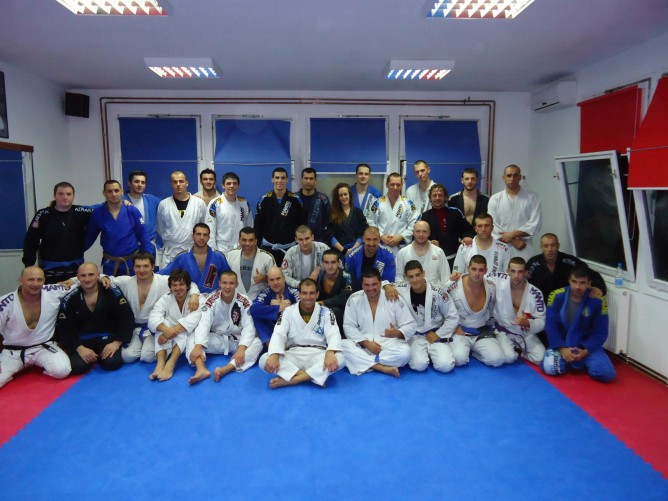 4. How do you see the BJJ/Grappling scene in Serbia at the moment and how do you see it evolving in the future?

It’s growing, day by day, lots of new clubs in Serbia with spirit full of enthusiasm.
I’m happy for youngsters in my country, because now is much easier to find Jiu Jitsu clubs with proven instructors and to have proper way of learning than it was back in the days when I started.
There are lot of competing events in different associations, Luta Livre, ADCC, BJJ … This sport is a future of competition martial arts and right way for parents and their kids who wants to grow up in healthy surrounding, for youths anyway!

5. Please tell us about your time spent in Bulgaria and Thailand training and coaching.

In Bulgaria, I was a guest coach of ‘REAL PAIN’ JIU JITSU & MMA ACADEMY in Sofia, capital of Bulgaria for 2 months by invitation of Hristo Hristov, purple belt under Rodrigo Cavaca and president of ADCC Bulgaria. I was referee at 2 BJJ tournaments that Hristo has organised BJJ BULGARIA OPEN and BJJ OPEN CHRISTMAS Tournament, also I have competed in NO GI Just Submission Gladiator tournament organised by Kiril Alexiev where I became Champion of Bulgaria in 86 kg division, I had 4 fights there. Bulgarians have warrior spirit, I have made lot of strong friendships there that I won’t regret.
There I have met a Champion Bruno Bastos and he held a good seminar and training, Marko Leisten was there also, great time with friends.
In Thailand I was mostly with guys who attended Muay Thai camp in Pattaya Combat Village and who wanted to train BJJ and Submission skills, I had great experience with boys and girls from all around the world, made friendships and I’m happy that two guys from Russia are coming to Serbian camp in August.
There I was with my friend from Greece, Dimitris Tsitos, we trained few days in Bangkok, he showed me all places that were worth to see… Nice spent time.
Right now I teach BJJ and NO GI in Austria at ETTL BROS MMA ACADEMY… 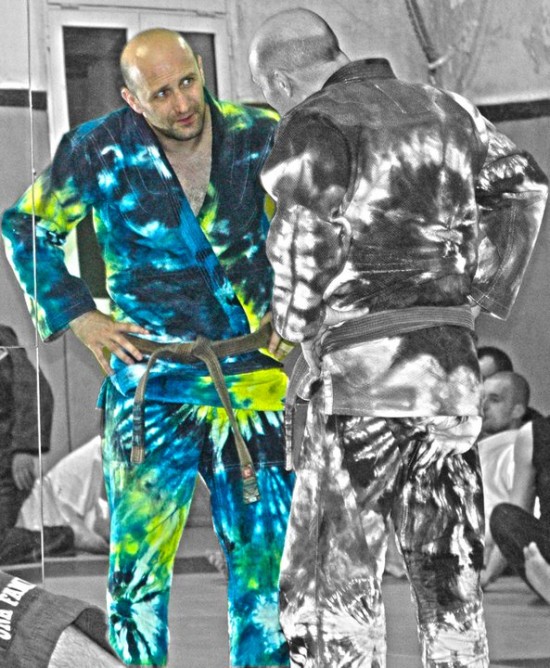 Everything is going in the best ways, my student in Serbia are independent to make open tournaments in their cities and develop the sport, like Aleksandar Stojičić made Rio Grappling Serbia Open BJJ tournament in Niš while I was in Thailand. Few days ago he had and win his first professional MMA fight, I would like to congratulate him this way.

At first place I would like to thank Mire – Pink Restaurant for all help that we need, Danijel – bjjshop.rs for sponsoring tournaments and media support, Miloš Malić – borenje.info portal for media support in Serbia and I want to thank to all our supporters and friends that have been with us all these years, and of course to thank you and www.bjjee.com in the name of all East Europe BJJ Community for great job that u r doing and making everything goes easy way, connecting schools and people …

8. Thanks Nenad and all the best!