Romulo Barral On ‘Buying’ Belts: “Jiu-Jitsu Is Learned By Training.” 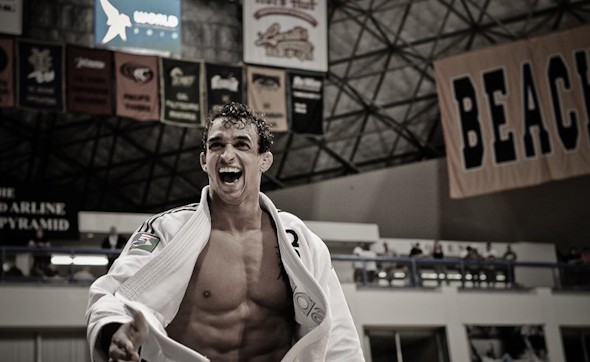 After Sergio Moraes criticized the trend of “buying” BJJ black belts, it was the turn of another world champion to share his thoughts. Romulo Barral in an interview with tatame, talked about how the belts have taken on a role as a sports merchandise…

“I come from the school of Vinicius Magalhaes and learned from him to promote people with different needs. There is a difference when it comes to promote a lawyer, a doctor, who goes to the gym three times a week, has a family, but is dedicated, learning, or a guy who is athletic and wants to compete and represent Jiu-Jitsu. People can be of different ranks, but they all must be promoted on merit: going training, learning and evolving, “

“I’m totally against some of these UFC champions being promoted to a black belt. Have they trained in the Gi? Have they learned the basics? I am not in favor of it, as I am also not in favor of people who open branches and gain a belt and others that make an online course and receive a black belt in the mail. I am in favor of the student at the academy, attending classes, learning the technique and, if possible, at least participating in a competition. I think one needs to have the true essence of the sport. Jiu-Jitsu is learned by training. “