Roger Gracie on Metamoris Pro: “I’ll Go 100% For The Submisson” 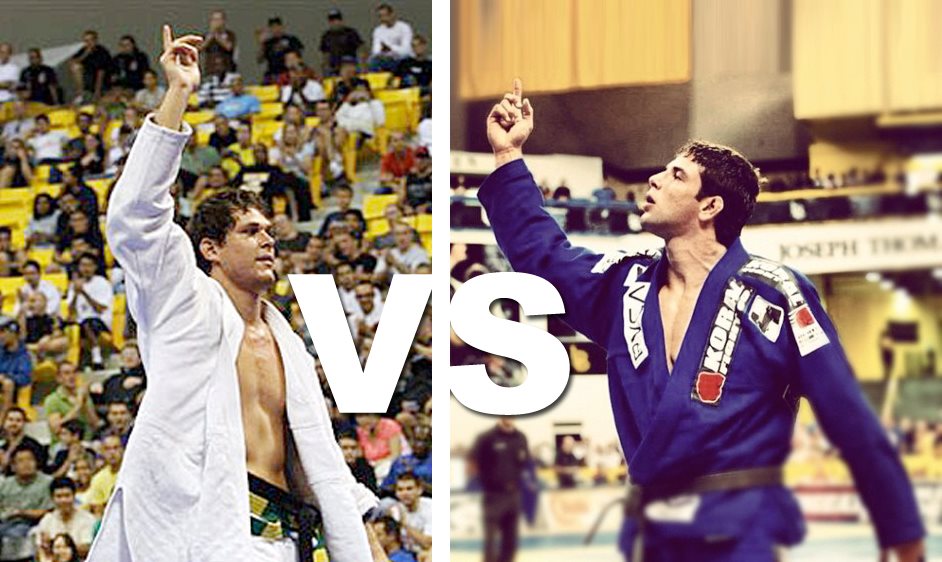 Source: Tatame (Translated from Portuguese): Ten times world champion of Jiu-Jitsu, Roger Gracie is one of the greatest names in the history of the gentle art in competition. He has missed the last two World Championships, by being more focused on his MMA career, where he has five wins in six matches. But who is longing to see “Rojão” in action in kimono will have a great opportunity, since the “finishing machine” is back and will face none other than Marcus Buchecha, current world  and absolute champion.

The ‘dream superfight’ will happen at the Metamoris Pro event and will be a 20 minutes fight. The fight will be without points  and if at the end of the 20 mins, there is no submission,then it will be ruled a tie. Check out the exclusive interview below where Roger talks about his fight with Buchecha, evaluates his going down a weight class in MMA, among many other subjects:

What did you think of Metamoris Pro’s format of no point and submission only?

I don’t think that it’s an innovation. It is an idea that has always existed. The hard part is making a championship with this idea, it has no submission, fight without time and without points. It is not feasible with many people competing, the tournament would last a month. But, this way they did, I think they are excellent little fights. It’s 20 minutes, then gives more than enough time to finish. The fact that, if there is no submission,then it ends in a draw, it gives extra motivation to a pro athlete seeking completion, but, regardless of the way the fight evolves, if you do not finish, it ends tied. Make two points or 200 makes no difference. The fight will end in a draw. This idea is pretty cool.

What did you think of the choice of your opponent: Marcus Buchecha, weight and absolute World champion? Have you been following him?

Look, I’ve been following. I saw the finals of the World. He was there in Los Angeles. I didn’t see the championship rounds, but saw the finals. I think it’s a logical choice and a expected fight because he won weight and absolute at the Worlds. Many people were talking about Rodolfo Vieira, but he lost the semi final to the absolute to Buchecha. I think if he had won, I would not be fighting with Buchecha. Marcus is a top athlete. He showed it in the last world championship. He just  recently got the black belt, but has started winning weight and absolute, then I think it will be a very interesting fight.

You are more focused on MMA. How are the trainings in the gi going?

I was a long time without wearing the kimono. I rolled very little in the Gi because I fought MMA in July. I ended up staying a while longer there in the United States, and I think I gave up training in kimono. When I returned to London, I started teaching, I was not focused on seminars and training kimono, only with my students, teaching. The opportunity came to do this fight, I thought it was a nice idea, and then I had to go back to the rhythm. It was almost three months without training kimono , but I think now I’m into the rhythm, feeling much better, the footprints are back, even more here for the fight … There is less than a month and I’ll certainly be there at 100 %.

When you are in Jiu-Jitsu training camps, are you used to do these longer workouts? What difference do you see the with the traditional ten minutes to 20 mins now?

To tell you the truth, I think the training is the same for me. The only thing that changes is the strategy to fight because the concern is not 10 minutes now but 20. I think that ten minutes gives you more gas as the fight ends. I think, in 20 minutes, you can’t start blasting too early, it’s a much longer fight, so in that sense, I think the athlete has to take far more care, at least in my view. I think you have to make changes accordingly. In a matter of training, I’m training like I always trained for every championship I fought lately. The training, for me, does not change. Changes only come fight time.

Who are the strong BJJ players that you train with?

Look, I’m here in England. Braulio was traveling. He fought last month, so I didn’t workout with him. I trained a lot with Victor Estima, but he lives far away from me, two hours from London to the north, so we meet once a week. Victor has evolved a lot in his Jiu-Jitsu, so he has given me some good workouts here. Other than that, I train with my students. I have some brown belts, black belts here that are already well advanced. I Have some black belts here in London who have their academies and that teach classes. We get together a few times a week here and there train at my gym. But we don’t have any world champions. I think I’m turning around here. I live in London ten years already. For better or worse,it has been the way I’ve been training lately. Until the last two world I fought, I did all my training here in London. What changed suddenly is that Braulio participated more because he’s fighting too, so twice a week we meet with his brother, Victor. Sometimes we have other black belts here to train with us. But apart from that, I was doing my fitness even with my students.

And how about competitiveJiu-Jitsu ? You came back because it is a tournament that you like or do you want to continue doing Jiu-Jitsu & MMA?

Mixing the two is a very difficult task. I’ve been trying to do this, but I felt a lot in recent years. Sometimes I was feeling that I wasn’t doing doing good in one or the other. About a year ago, I decided to devote myself almost exclusively to MMA. Of course I do not leave the Gi, but in relation to competition, it is even more difficult if you have a fight on top of another, which is what happened to me the last two times in the last two World I Fought: 2009 and 2010. I had a MMA match very near the Worlds. But this fight is not near any MMA fight, so I think the time has influenced more than anything else. If the opportunity is good to fight in the kimono, with Buchecha, who was world champion, it’s worth it. I think it will be great test, but I think the time has greatly influenced me to make this decision because I did the fight in July, so now I didn’t have anything scheduled. I might have had a fight in November, December, but it turned out my next fight will only be in January, then I had some time now that I can dedicate myself more to kimono. If I were to fight in November, a few weeks after this fight, it would be very difficult. It is very difficult to train for two types of sport at the same time: the kimono and MMA.

Regarding the new weight, middleweight, how did you feel? Are you comfortable in the category?

Look, I felt better than at light heavyweight.You fight with a lighter opponent, you can fight at a faster pace. I think it requires less physically to overwhelm the other person. When  you are heavier, it’s harder. At my first fight with Ron Waterman, he was much heavier than me and I felt that, I tried to take him down, I spent a lot of energy, so I think now, fighting at 84kg, because the guy is also lighter, I can try to overpower and implement my game without using too much energy and without having to play defensively. I can go over to the offensive. I think it influenced a lot and the fact that I think I’m small for 93kg. I weigh 97kg normally. If you see all the other people who fight at 93kg, everyone weighs much more than 100kg.The last time, I suffered for the weight loss, but I think I missed a lot in the last three weeks: I did not lose any weight, then came up and I suffered a bit more than I should. I think we learned a lot, and that next time it will be different.

Returning to the superfight with Buchecha, what can Jiu-Jitsu fans expect?

I think they can expect a performance like I always deliver when I enter the ring: 100% focused even more on this rule. I’ll go for 100% for the submission because there are no points. I think this will be the goal of the fight. Fighting is fighting. Every player is considered better than the other. Can I say that I consider myself superior to Buchecha and I’m sure he will say that he considers himself superior to me and will want to finish this fight. I think it will be a game of chess, I think if you get a good position … Buchecha is a strong athlete, he submitted a lot of people in this last Worlds. Who will make the first mistake will lose.