Roger Gracie: “Chris Weidman Can Tap Anyone, Even Me…” 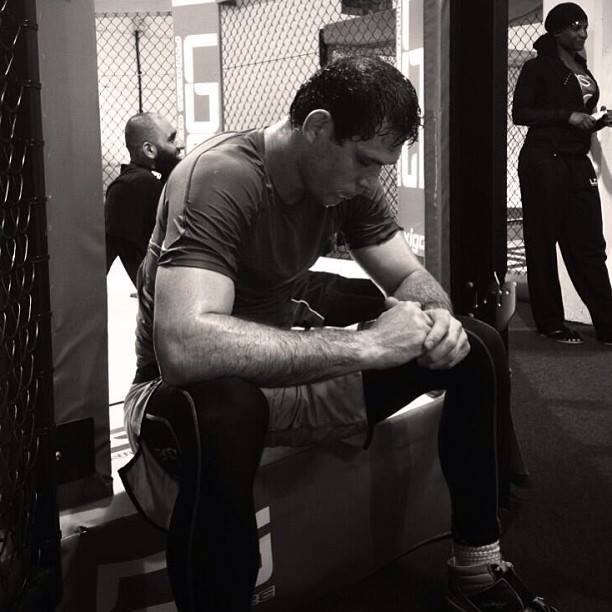 Before his fight with Tim Kennedy, Roger Gracie talked with Espn about his preparation, and his opinion on the Weidman vs Anderson Siva fight:

“You seem like a fighter not really into MMA for the belt, just for the ride. Is that accurate?
I think that’s pretty accurate. I don’t have a goal to have the belt. My goal is to improve in every aspect of MMA. That’s what I was doing in jiu-jitsu, and suddenly there was a moment like, “OK, now I need to do this in MMA.”

Why was MMA always in your future? Why is jiu-jitsu alone not enough?
It goes back to the first Gracie, my grandfather Carlos. He had five younger brothers he taught jiu-jitsu, but back then, they were the only ones doing it. There wasn’t a jiu-jitsu world championship. They had to fight to prove how good jiu-jitsu was. With the sport growing, suddenly there were jiu-jitsu tournaments — but by then, that was how it had always been. Royce, when he was younger, he competed in jiu-jitsu, and then when they created the UFC, he did MMA. Renzo got his black belt and then boom, he was in MMA. I used to look at all of them and say, “That’s what I have to do.” Even before I got my black belt, I knew. If I really wanted to follow the Gracie way. It was never a conscious choice.

So there is an expectation in the family to eventually transition to MMA?
Not really. It’s actually the opposite. I’ve had a lot of pressure in my family from uncles and cousins telling me not to do MMA because the sport now it not what it used to be. Now they have massive strong guys and everybody knows jiu-jitsu. They were telling me there is nothing more to prove — everything has been proven already. But I think each one follows his own path and this is mine.

What does the future of the Gracie family in MMA look like? Are there more on the way after you?
I think the one thing we’ve proven is we have numbers. We’re a pretty big family. So, I’d always expect there is a Gracie popping up somewhere. The family is very spread. It’s not like everybody is in the same place. It may be a cousin in New York or somewhere in Brazil is becoming very good and suddenly, boom he is the next generation. I think that is what’s going to happen forever.

You expect Kennedy to avoid grappling with you?
It’s hard to say. I’ve seen his fight against “Jacare” [Ronaldo Souza], who, in my opinion, is a much better grappler than he is but he took Jacare down twice. That showed he’s not really afraid to grapple with Jacare. If he tries to grapple with me, though, I will be very surprised. I wouldn’t be surprised if he tries to take me down, but I don’t think he’ll try to grapple with me on the ground.

You’re fighting on the same card as Anderson Silva versus Chris Weidman. Give us your thoughts on that fight.
I think [Weidman] is very, very dangerous. His grappling is at a very high level. He can submit any world-class grappler. I think he’s really that good. He can tap anyone, even me. It’s just a matter of if he can put Anderson in those situations. I would still put my money on Anderson but I think Chris Weidman is dangerous and can surprise him.”