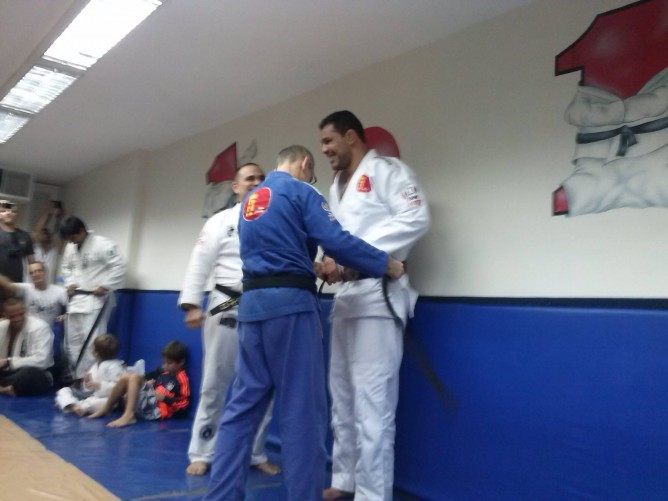 After losing to fabricio Werdum in the UFC, Rodrigo Minotauro Nogueira, who underwent surgery on his left elbow last week, is focusing all his efforts on his recovery. And, of course, is already thinking about stepping back into the Octagon. He is taking hus future fight with Stefan Struve very seriously and even wants in the near future, to have a rubber match with Werdum.

In an interview with tatame, he talked about how he didn’t focus enough on Jiu-Jitsu against Werdum:

“I have to pay more attention to Jiu-Jitsu. In addition to training more on the ground, I have to dodge some attacks and maintain positions of dominance. I was overwhelmed by the desire to finish the fight, “he said.

Minotauro, who wishes to face Struve in Brazil, said that he feels ready to have a few more fights and declared that, despite more surgery, has no regrets of not having been beaten by armbar to Werdum.

What went wrong in your strategy against Werdum?

I should have kept the fight standing. He moved a lot, but would not be able to keep this pace for five rounds. One minute he was going to stop. Dei soft pull on the guillotine. There was a fall, was practically a pull. He rolled and came out on top. If I fell in his position, did not lose her. His happiness, that was quick and did not waste the chance.

Your last final losses were by submission. This shows that you need to train more Jiu-Jitsu?

Sure, I have to give more attention to Jiu-Jitsu. In addition to training more on the ground, I have to dodge some attacks and maintain positions of dominance. I was overwhelmed by the desire to finish the fight.

As the statement of Werdum, who said that he wanted to see you fighting again?

I thought it was cool. We were doing a good fight good and busy, even though we are heavyweights.

So, you will have to face him again?

Sure, of course. The fight was good.

When you win, it is said that you still have the fire to fight, however, in defeat,some ask for their retirement. How do you handle this situation?

I do not take this into account. I know what I want for my future. Everyone has their ups and downs, moments of glory and defeat. Some stopped as champion and others stopped as they were loosing. I want to stop winning. I am among the best in the world. I’m training well, I feel good and want to do a few more fights. 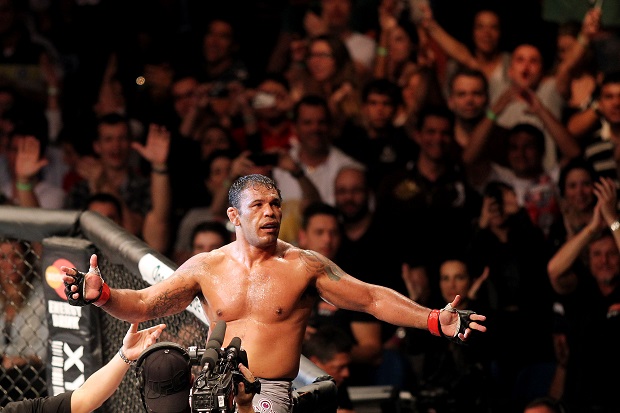 Any idea how many?

No, I’ll fight, but will not last forever (laughs).

The first time you fought in Brazil, it was the first edition of UFC Rio, when you knocked out Brendan Schaub. Now, with this defeat at home can it be considered the worst of your career?

Yes, losing at home is very bad. The crowd was supporting me a lot and I in the northeastern area I practically fought at home, even against anotheer Brazilian. In defeat, the stadium was silent, I was super-pissed. It is a pleasure to see everyone cheering for you.

Stefan Struve said he would wait until December to fight you …

It is an added stimulus to know that someone is willing to face me. This encourages me to come back faster. When you have a goal, you push more. These challenges help me move. He’s a big guy, good striker and good on the floor. It’s a good fight, against a guy with a good level which deserves respect. I would you like to make this fight in Brazil.