Rodolfo Vieira On Training Judo in Preparation for Xande, Leo Nogueira at Copa Podio & His Goals For 2013 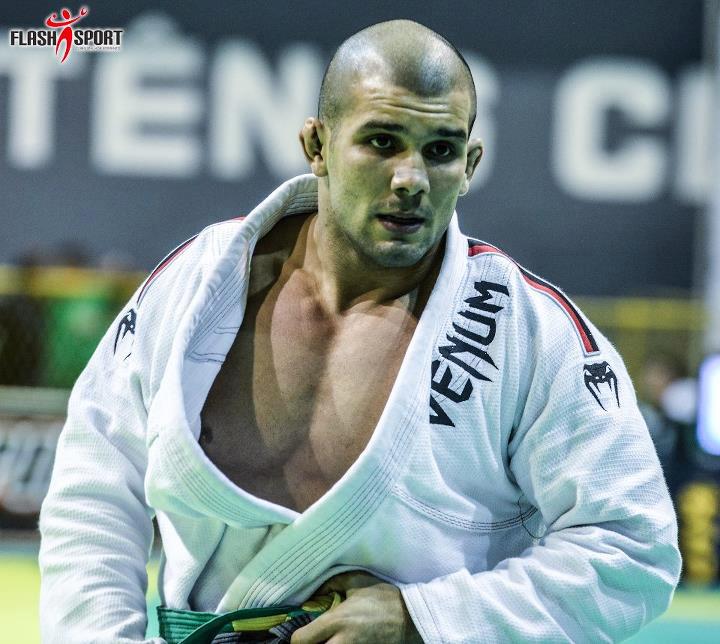 3 time BJJ  black belt World Champ, (two in weight and 1 in absolute) Rodolfo Vieira will have a tough challenge early in 2013, when he will compete in the heavy weight GP of Copa Podio, which takes place on January 13 , in Rio de Janeiro.

The Fighter from GFTeam didn’t like the draw for the brackets, mainly because he fell in the ‘group of death’ alongside old acquaintances such as Xande Ribeiro and Léo Nogueira.

How are you training for the competition? Will we see a guard playing or guard passing Rodolfo?

I always try to practice to be good at everything, either playing guard or passing guard. I’ll be well prepared. Now I’m practicing Judo a lot too, to be able to apply good throws since my key strength is my passing. But I’m training everything else, guard, pass, and I do this so that when I compete in Copa Podio, I won’t have a problem when I exchange with names like Ceconi, Xande and others.

Who do you think will win the duel between couples?

It’s hard to say, because they are two strong couples, very tough, so it’s tricky to pick who will win. Tanquinho is coming back well after surgery and is winning everything. Davi Ramos is already more focused on MMA, but you can not dismiss him because he is very dangerous and explosive. I think that the fact that Davi is training much less in kimono now can hurt him, since Tanquinho is coming back very good and is training like mad. Marina Ribeiro and Mackenzie Dern are also doing very well, so I prefer to stay on the fence (laughs).

How do you see this new duel against Xande, since you already defeated him in the final of the last Worlds?

He is a very difficult guy to fight, he’s the man. Good on top, below, throws very well and is hard to take down. He’s a very strategic fighter, and also a finisher. The secret is not to make mistakes against him, get ahead, and preferably on top. I do not want to get underneath him (laughs).

I will fight the Copa Podio, and after another week there is a trial for Abu Dhabi. In February I will travel to Australia to stay 20 days there giving seminars and training. Then I will do the Abu Dhabi World Pro, the Brasileiros and the Worlds. These are my goals for 2013.