Robert Drysdale: “Why Do You Do BJJ And What Does It Mean For You?” 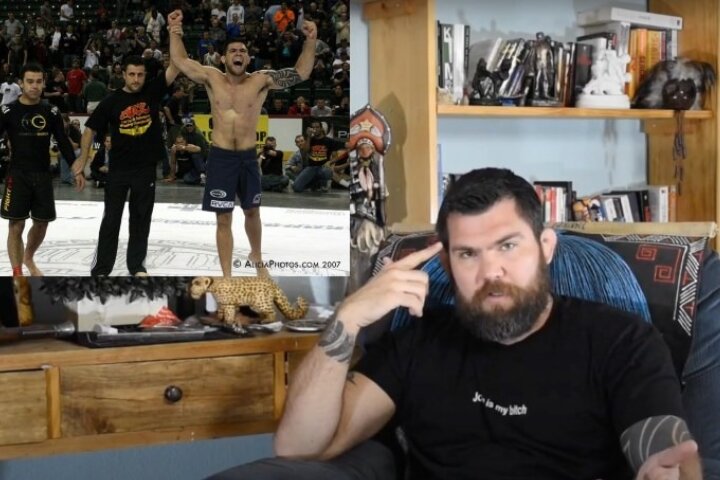 Robert Drysdale is one of the top Brazilian Jiu-Jitsu athletes of his generation and one of the rare competitors that have managed to beat the legendary Marcelo Garcia. A black belt under Leonardo Vieira, he’s notorious for his ADCC 2007 run and is widely respected as a head coach of the Zenith BJJ Team.
In an interview for BJJ Eastern Europe, Drysdale spoke about many interesting things and shared great insights about Jiu-Jitsu… One of them being the importance of “why” in your BJJ career and lifetime.

Here’s why Robert believes having the proper motivation makes the difference between the really successful and the not-so-successful Jiu-Jitsu students:

People tend to focus a lot on physical and mental talents. Those are unquestionable, of course… However, they are non-idealistic and cynical – in ways that they reinforce that some of us have superior physical and mental traits compared to others.
I mean, sure, we aren’t clones and we differ dramatically psychologically and physically between each other. But there is something more important that both sides of this argument often ignore.

Namely, that is the “why”. Why do you do BJJ and what does it mean for you? It is an important question, but most competitors can’t give you a straight answer. And the reason for that is because they’ve never given it enough thought.

He understood that his own motivations were proper only after he retired:

I only came to understand my own reasons after retirement, by looking back on my career. Many competitors want to win because they have their eyes on the reward – whether it is prestige, money, notoriety… But those are the same athletes whose motivation is short-lived because they are feeding off of external motives.
Having pure motivations will drive you longer in my opinion, because your motives are now internal. The best competitors compete because they have something to prove to themselves. Sure, some may disagree on this, but it is just my opinion.

Make sure to read our full interview with Robert Drysdale on this link.