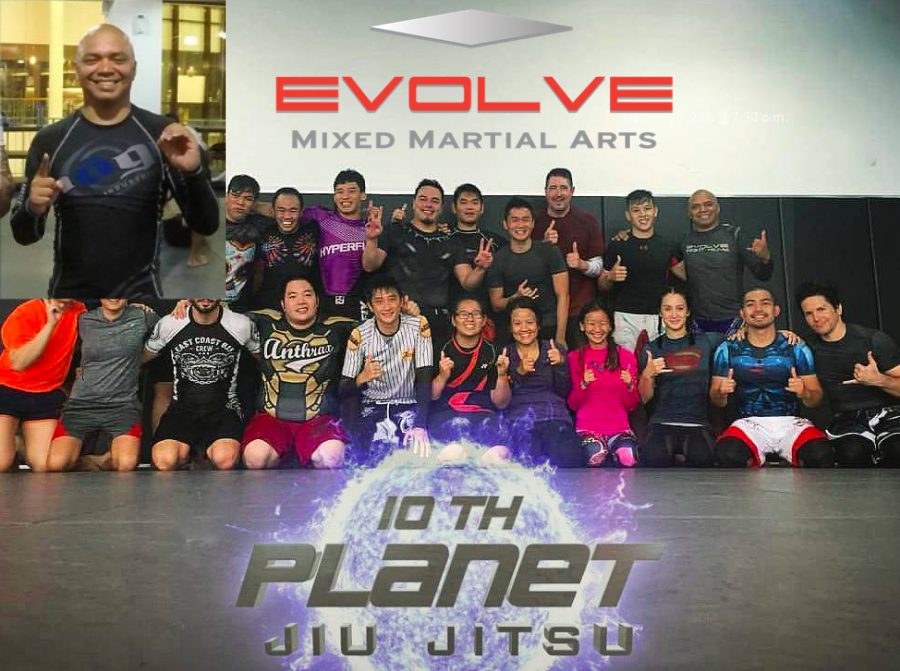 1. Rick, please tell us about your experience teaching at Evolve MMA and what do you think of Singapore and the lifestyle there? How are the students liking your classes?

My experience at Evolve MMA is awesome. To work and train alongside our Muay Thai and BJJ World Champions is inspiring. I learn very much from them. Everyone is so welcoming, eager to learn, and love to go hard in the paint. Teaching has been great. I get to take someone with no experience, and get them proficient to survive on the ground. What’s not to love about that? On the other hand, if the student already has Jiu-Jitsu knowledge, I get to add some spice to it – opening up their game. I want my classes to be a place for people to come experiment and improve in Jiu-Jitsu. Although there are always giggles and smiles, we know when to be serious. Singapore is such as interesting country. I’ve always been intrigued by architecture, and Singapore does not fall short in that department. To think that only 10 years ago, this country looked very different – that’s impressive. I love how Singapore is centrally located to so many surrounding countries, literally just an hour or two away by plane. Back in the United States, if you flew for an hour, you’d still be in California, or to the east, you’d be in Death Valley somewhere.

2. What are the plans concerning 10th Planet Jiu-Jitsu in Singapore and Asia?

My plans are simple – teach Jiu-Jitsu with the level of intensity I’ve been taught and basically, spread the knowledge and pay the love forward to the next person. Jiu-Jitsu has taught me to look at different angles in everything I do in life, and I believe that others should experience this. 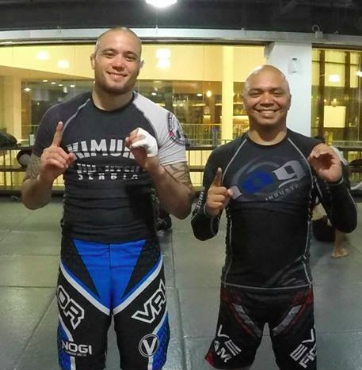 BJJEE’s editor Gile Huni (left) had a chance to train and roll with Rick Marshall (right) in Singapore and was very impressed.

3. What are for you the differences and similarities between 10th Planet Jiu-Jitsu and No-Gi BJJ or Submission Wrestling?

10th Planet Jiu-Jitsu and Submission Wrestling are pretty much the same. BJJ is the same as well, except 10th Planet’s style of BJJ doesn’t focus so much on the Gi and grabbing material. Instead we focus on overhooks, clinching, and fast movements.

4. What do you plan on bringing as a coach to the Evolve Fight Team?

As a coach, I want to bring the Evolve Fight Team more No-Gi Jiu-Jitsu, as their MMA fights rely heavily on Jiu-Jitsu without the Gi. ONE Superstars Amir Khan and Benedict Ang regularly attend my classes. The Fight Team already has that “do not give up” mentality that MMA instills – couple that with more No-Gi Jiu-Jitsu, and you’ll see some of these guys that have world class stand up, explode when fighting on the ground. I want to do my part in making them great all-round fighters. 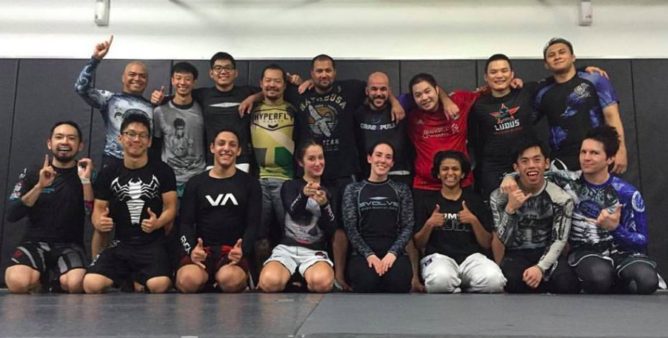 One of Rick’s 10 Planet Jiu-Jitsu classes in Singapore

5. How has it been training with all the BJJ World Champions at Evolve?

It’s been great training with all the BJJ guys at Evolve MMA. They are truly world-class. These are big names in the BJJ world – Leandro “Brodinho” Issa, Michelle Nicolini, Alex Silva, Bruno Pucci, and so many more. They have a blend of finesse and power – a lethal combination in Jiu-Jitsu. I learn from every roll I have with them. I want to take more of their classes as time allows.

My stay here has been priceless so far – meeting lifelong friends, travelling to new places, eating the local cuisine, training with world-class individuals… The list goes on, and all part of this ongoing dream we call life.

The Evolve Vacation Program offers travelers the rare opportunity of a lifetime to combine a tropical vacation under the sun with authentic training under World Champions. You can train at one of the world’s most famous mixed martial arts academies, Evolve MMA, and also enjoy the exotic hidden treasures of the beautiful tropical island of Singapore.