Pan Am 2012 champion Yuri Simoes : “Nobody is invincible, everybody can be defeated” 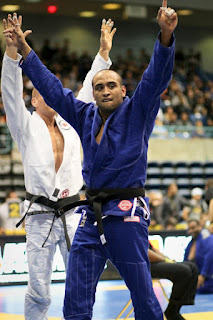 
It was an awesome experience to be fighting my first Worlds at blackbelt. I was surronded by blackbelts that i grew up watching and now Im fighting with them, its just an awesome feeling.

2. What went wrong in your fight with Xande Ribeiro?


I think I did great, you know the guy is a 2 times absolute champion, I was doing well almost got a take down and followed by a back attack right in the beginning but he is very experienced fighter and defended very well, I was winning the whole fight untill he got that guard pass. I still cant believe it. But I’m just very honnored to had a chance to fight him.

3. In which competitions did you participate this year, and how you did you do in them?


I only did 3 competitions at black belt as I got my blackbelt in december 30, 2011. I’ve fought Pan ams where i closed my division with Lucas leite and Phoenix Open where I won division and Open weight.

4. We know, that you are friend with Kornel Zapadka from Poland. How did you meet him?


I’ve met him in European Open 2010 I guess. He is a great fighter, I have seen some of his fights. 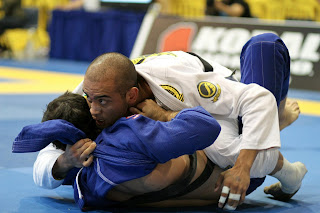 5. You’ve trained for the Worlds at the CheckMat campm in California. What did you learn training with guys like Marcus Buchecha, Lucas Leite, Joao Assis?


You know, training with guys like that everyday is something that I cant describe, It helped me so much we got all kind of guard players there, we’ve got guys that play really good on top to, guys with great judo great wrestling, so it just couldnt be any better. Im looking forward to come back to Cali ASAP Lol.

6. Are you back in Rio de Janeiro or are you staying in California?


I’m in Rio already with my family.

7. What did you think of  Buchecha’s fight with Rodolfo in the absolute?


That was a war man, both are really good fighters either on top or on botton they do good, I think Buchecha wanted it more and that made the difference he was extremelly focused for that championship.

8. What did you learn after your first performance at the Worlds as black belt?


I learned that everybody can be defeated, there is no invincible fighter, eveybody has two arms and two legs just like I do and I used to worry alot about names, but for sure after this worlds that changed on my mind.

9. Did you feel any pressure because of your competition in black belts?


A little but like not from the people that were watching but from my own self, I’ve never liked to lose and nobody does, so I aways have this pressure that I cant lose, and thats good that actually helps my perfomance.

10. What do you think about the disqualification of Andre Galvao?

It’s complicated. Obviously it was not right at all from Andre Galvao as a professional athlete, but at same time the IBJJF has to improve on their referee mistakes. I dont know about the fight of his student but, i’ve seen so many mistakes at that tournament like in Lucas fight agaisnt Otavio, and its hard for us athlete, we train so hard and for so long to get robbed by the referee. So I dont know how they could work on it and change it but they should.

11. Please feel free to thank your sponsors and friends?

I thank Grappler Info for the oportunitty, I wanna thanks my sponsors Shoyoroll, Budovideos and APPA and everyone that likes my jiujitsu and supports me, lets ”play guard for life” lol Osssss.