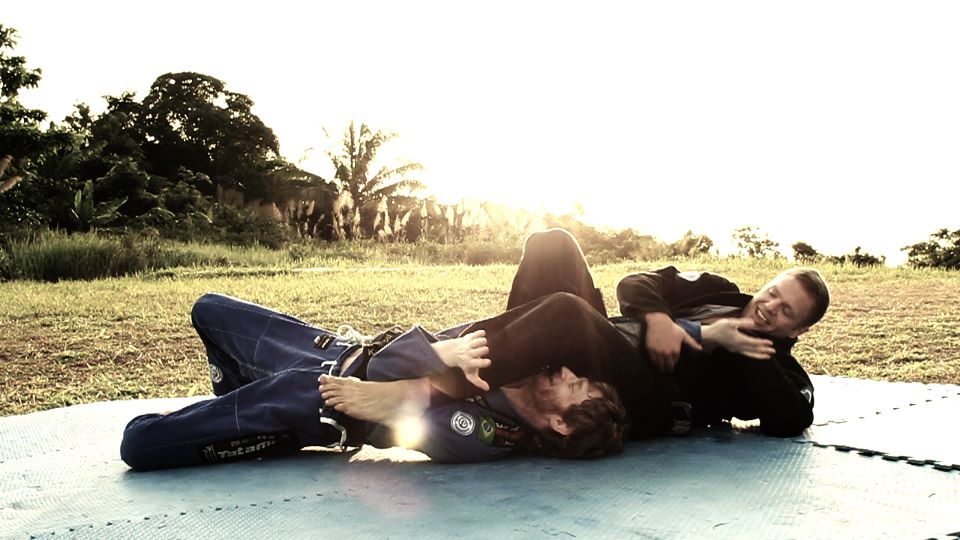 For all of us out there that practice with a team or at an academy, the feeling of unity is

something extremely common. Seeing the same faces over-and-over, day-in-day-out, and

working your tail off with them builds a level of acceptance and compassion for one another.

However, this hasn’t always been the case in Brazilian Jiu Jitsu. There was once a time where

secrets to other BJJ players.

In a sport where the trickle-down effect is so prevalent, this clearly was not a good thing.

Thankfully, with the changing of times, and specific people spearheading a reform for change,

BJJ is becoming less like a secret society and more of an open playing field.

One of these men brining about change is Nicholas Gregoriades. A man with many accolades

to his name, arguably the most impactful is that of the BJJ Brotherhood.

Bettering Jiu Jitsu In The Name of Progression

acceptance and unity in the world of Brazilian Jiu Jitsu.

Roughly eight years ago, when Nicholas—just a purple belt at the time—was rolling with one of

his instructors. While he was getting manhandled, something hit Nicholas like a ton of bricks;

this is so much more than grappling.

you. However, Nicholas took this as a wakeup call; if anything, this event brought him closer to

the sport that he loved.

As he put it, he was “part of something special,” that day. This wasn’t just a passing trend, it

was the moment that would spark the flame that would ignite into the BJJ Brotherhood.

No Cliques, Only Progressiveness

For a man as well traveled as Nicholas is, the world is his platform. Wanting to unite every

grappler and gym as one in the name of Brazilian Jiu Jitsu, the goal is rather simple for the

Brotherhood. “My dream,” Nicholas tells me, “is for every gym in the world to have someone

with a Jiu Jitsu Brotherhood patch on their Gi.”

secrecy, Nicholas has abolished that train of thought. Nicholas uses the old adage ‘a rising tide

raises old ships’ to help promote his train of thought.

When the top black belts refused to share their secret skills, it was the white and purple belts

that paid the price for a petty feud amongst black belts. The total opposite in his thinking

patterns, Nicholas labels the Brotherhood’s approach as an “open source of Jiu Jitsu.”

Do yourself a favor, check out Nicholas. Not just his slick matches and awesome skills but do

yourself a favor and look more in depth to the Jiu Jitsu Brotherhood.

Dan Faggella is a BJJ Academy Owner, No Gi Pan Am Champion at 130 pounds, and recognized expert in the area