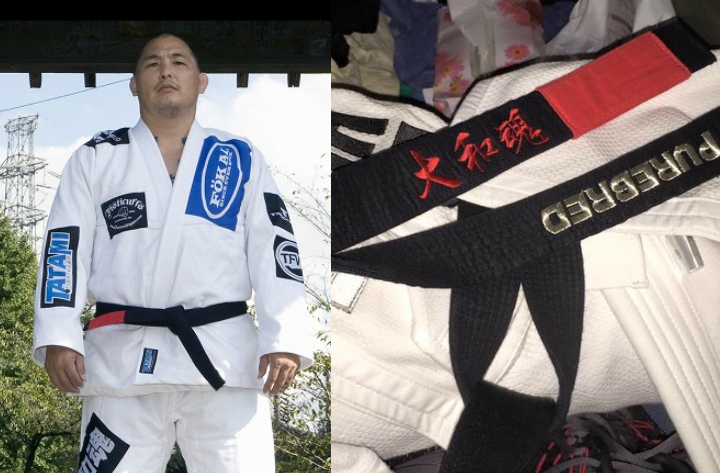 Enson runs several MMA and BJJ gyms located in Japan, Saipan, Palau and Guam under the name Purebred. He also has affiliated gyms located in Thailand, Canada and the USA. 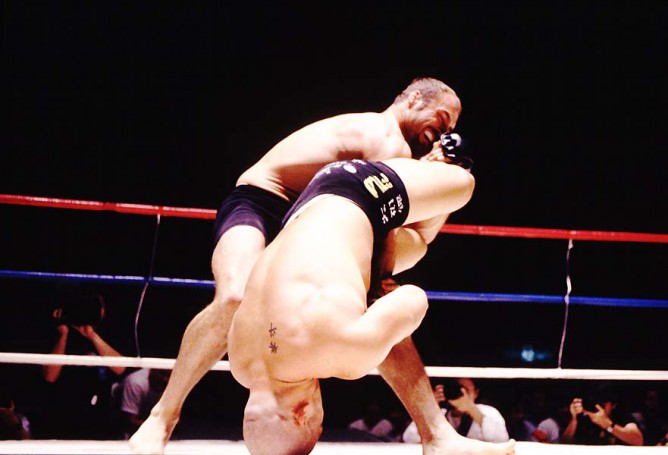 In 2011, Enson travelled to northeast Japan to directly help the earthquake and tsunami victims in areas such as Fukushima.

Enson wrote on his Facebook about his return to Jiu-Jitsu:

The journey I started about 30 years ago has been on pause for about 10 years.

Decided to get back on the mats for exercise and flexibility.

BJJEE contacted Enson Inoue and asked about his return to the mats.

Enson you recently posted that you had started training Jiu-Jitsu with the Gi again after a 10 year break. Why has it been 10 years since you trained? What prompted you to come back to training?

Well when I started MMA my training slowly shifted from gi to no gi. When I was an active fighter I always would train in the gi 1-2 times per week. Although I fought MMA training in the gi refines your ground technique better that you ever will just training no gi.

What prompted my comeback was 3 things. First of all my girlfriend is now starting her BJJ journey and I’ve been talking to her about the basic techniques I can help her with and that got the ball rolling. Second, since retiring I really haven’t trained much and I began to feel my body getting old and creaky. I could feel my power diminishing and tightening up so I began weight training again about 6 months ago. With the weights I could feel my power coming back but my agility and flexibility was horrible. So then I got to thinking that BJJ would be good for agility and flexibility not to mention weight loss. Last, I have all these resources to world class BJJ fighters that I do nothing with. Egan Inoue and the boys at Grappling Unlimited in Hawaii, Baret Yoshida and the boys at The Arena in San Diego, Jared Weiner and his team at BJJ United, over a dozen black belt at Purebred Japan, and over a dozen black belts at Purebred Guam.

I thought to myself, I’m wasting so much opportunity. You know how many BJJ practitioners that would kill for the opportunities I constantly have in front of me! So I decided to go into my closet, search for my almost brand new black belt and go down to the next BJJ class at Purebred Japan. 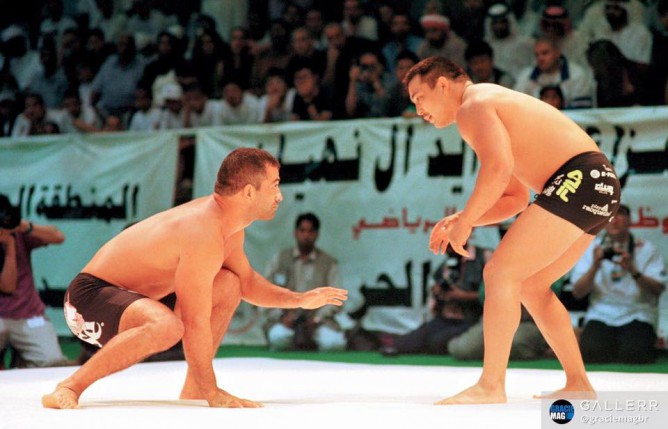 You have competed at the highest level in submission wrestling (ADCC vs Mario Sperry). Have you been following the game and the players for the past years and what do you think of the evolution of Jiu-Jitsu and sport Jiu-Jitsu with the Gi?

Actually I haven’t followed the BJJ scene much. But been checking it out here and there. I don’t know much of the top BJJ guys today and that makes me feel like a dinosaur. The top BJJ guys in my day were Nino Schembri, Fabio Gugel, Mario Sperry, Marcio Fetosia, The Gracies, Bustamante, Liborio, etc. All old school guys. The evolution of the sport is AMAZING. So many changes and new techniques I feel like I should take off my black belt and put on a purple.. Seriously. I sparred with a brown belt last night and literally got schooled. I took the basic technique class before sparring and ALL the techniques were new to me. The evolution is unbelievable.

What are your goals regarding coming back to training? Will we ever see you competing again in Jiu-Jitsu one day? in a Master division?

My immediate goals is to have fun and get good exercise. At the the level I’m at now competing is just a fantasy, unless I could demote myself and put on a purple belt. I gotta be real, I got a black belt but that was back in 1998, 18 years ago… times have changed. But who knows, I plan to continue going to class and maybe someday if I feel ready I’ll compete. Where I stand right now it seems like long long road but as they say every long journey starts with the first step.