Mexico’s Wero Salazar On The Growth of BJJ In Mexico 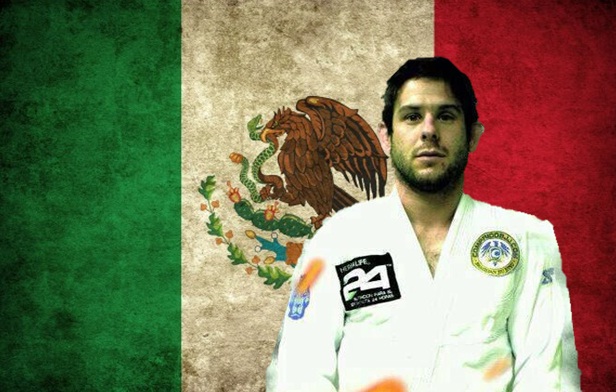 1. Hi Wero, can you please introduce yourself to the BJJ Community of Eastern Europe?

My name is Eduardo Salazar but people know me as Wero. I’m 27 years Old & I’m from Hermosillo city located in the north of Mexico. I run my own academy, I’m a brown belt and represent Brasa Team, under the supervision of Felipe Costa and Comprido Medeiros.
I’m a 2X National Champion.
BJJ KUMITE Competitor
Silver Medallist at IBJJF Phoenix Open.
Arizona International Champion

I started jiu jitsu 8 years ago. A friend invited me to train in a Gracie Jiu jitsu Academy. The first time I went there i didn’t really like it, but for some reason I continued training. After a few months, I just loved jiu jitsu and that’s how everything started. After a few years, in 2007 the academy where I trained was going to close for some reasons. At the time Felipe Costa and I were already friends and we started talking about the possibilities to open a Brasa Academy in Mexico, After a while we made it happenand it was a dream coming true. It wasn’t easy because I was just a blue belt at that time, but we worked hard and we kept moving forward.

3. Please tell us about your academy in Mexico. How does it differ from other BJJ academies?

Right now our academy and our team is one of the biggest in the Country. In 6 years we’ve grown a lot. We have 12 academies in all of Mexico. In Hermosillo, Obregon, Los Cabos, Chihuahua, Monterrey, Mexico City, Leon, Cancun, Merida in Campeche. As we are in the north of the country we have the facility to go to USA and compete in the best tournaments in the World, like the Mundials and Pan Ams, That’s why my students are very competitive right now. I feel that Brasa in Mexico is growing a lot in Mexico because people notice how we work, we are big family, united and we all have the same goal, to be the best and to show jiu jitsu in the mot technical way. Our Instructors Felipe and Comprido are always supporting us and visiting the academies and I can guarantee that nobody in the country has this kind of support.

4. Please tell us about the History of BJJ in Mexico, how did it start, how is it developing, who are the top players, instructors academies etc..

Jiu jitsu is still developing in Mexico. It started around 15 years ago with a Gracie Jiu Jitsu Academy in my city and a Renzo Gracie Academy in Mexico City. After this, more teams started showing up like Brasa, Gracie Barra, Alliance among others. I think we’re doing a good job but we need to work even harder to get our Jiu jitsu to the next level and compete with the bests.
We have just a few tournaments, the Mexican Nationas is the biggest one, every year around 500 fighters compete there, this is a good tournament and you can see how every year the level is getting better and better. There’s a lot of tough blue, purple and brown belts. There are around 10 black belts only in Mexico, that shows you how far we are from other countries. You can find 10 black belts in just one academy in US, but I really believe that were are on the right track.
For me, competition is the best way to improve and to prove your jiu jitsu, that’s why I always said, if you can invest in traveling and competing, do it! And of course hard training!
Brasa and Renzo Gracie Mexico of Black Belt Mario Delgado are the biggest teams by far. The Gracie jiu jitsu Academy has a good presence in the country too, under the supervision of Black belts Rodrigo and Guillermo Salas.

5. How is the rivalry between the different Mexican BJJ academies?

There’s a lot of rivalry between academies in Mexico in the tournaments, but we have a good relationship. For example in my city sometimes I train with my friends of the Gracie Jiu jitsu Academy, and I think this is very good to improve too.
Brasa and Renzo Gracie Academies has the biggest rivalries in the country. We’re the biggest teams and you can feel the vibe during the Mexican Nationals, I love it. But it is a competitive rivalry, it’s a sport and everybody wants to win, so I have very good friends there too.

6. Please tell us about your experience during the Brown Belt Kumite

The Experience in the BJJ KUMITE was my best experience ever. It was the toughest tournament that I ever fought. It was amazing. First of all it was an honor that Master LLoyd chose me to represent my country, there’s nothing to compare to this. There were only tough brown belts there, the best warriors in the world. It was my first time in a no Time limit submission only tournament, of course I was nervous in the beginning, and I knew how hard it was going to be.
I think Master Lloyd did something amazing for the sport, promoting brown belts, after all I think the big winner is JIU JITSU.
I’m sure that everybody is going to love the show, you’re going to see a lof of incredible matches you guys are not going to be disappointed, I’m sure about that.
After the Kumite, I think we can do any tournament, any challenge, this was the biggest one. We pushed our body and minds to a limit where we never did before. We all agreed that we became better people with this tournament.
It was also a great experience to be fighting with the beasts like Keenan, Victor Silveiro, Luca and all the guys and we all become good friends. I want to thank all the competitors too for fighting and showing how much heart they had, It was amazing.

Wero during the Kumite fighting Darragh

My goals for the next year is to compete as Much as i can. Main Goal are the World Championships, Pan Ams, Phoenix Open and NY Open, all this in the first semester.
I have a lot of goals for myself and my academy, as I want it to make it grow much more.
I want to show to my guys and to everyone in Mexico that if you work hard, you can do anything, nothing is impossible and hard work beats talent.

8. Feel free to thank somebody or your sponsors.

I want to thank My Instructors Felipe Costa and Comprido Medeiros for all the support, always in touch and helping us to become better. Thanks to my family friends and students for always being by my side, in the good and bad times. I really want to say that without my students, none of these things would be possible. Gracias!
Thanks to my sponsors HERBALIFE, THAI COCINA ORIENTAL, TOTAL GYM AND GAMENESS FIGHT GEAR.
If someone visits Mexico please feel free to contact me . It will be my pleasure to help you guys, you’re always welcome to visit.

9. Thanks Wero and all the best!