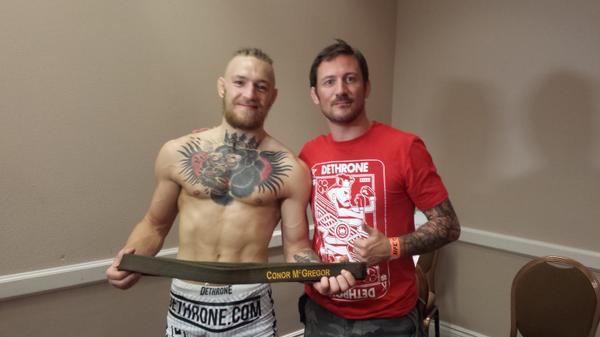 John Kavanagh runs the Straight Blast Gym Ireland and was the first Irish person to be awarded a black belt in BJJ. John fought in MMA to get a basic knowledge and experience of it before he moved into coaching, and where his true love lies in teaching. The fighters he coaches are among the top that compete in Irish MMA and are belt holders in the major Irish promotions and of the UFC. He has trained notable fighters, such as Gunnar Nelson, Paul McVeigh, Cathal Pendred, Aisling Daly, Conor McGregor, Chris Fields and Owen Roddy. BJJ Eastern Europe spoke with John to find out a bit more about BJJ in Ireland, How he met Matt Thornton in a strip club, Gunnar Nelson, Conor McGregor etc..

1. Hi John, can you please introduce yourself to the BJJ Community of Eastern Europe?

I saw UFC 1 a few hundred years ago and fell in love with its truth. Started rolling with mates….few years later I’ve one of ireland’s most successful mma/bjj gyms. I was VERY lucky to meet Matt Thornton at a strip club in SA at a pivotal point in my life…which led me to where i am. Thank God for strip clubs haha.

3. Please tell us about your academy in Ireland and in Portugal as well as your other affiliates.

sbgireland.com is a very successful gym in Dublin, Ireland  with a big group of guys.

3 people made me. Dave roche, beat me up every day and forced me to learn technique to at least survive against him. Andy Ryan http://www.teamryano.com/ who is a bjj/judo blackbelt bashed me daily and showed me how to train like an athlete and my father gave me the belief that i could do anything. Today there are many great gyms in Ireland and we all push each other to the next level.

5. How do you see BJJ developing in Ireland in the next few years?

Like the world over it grows every day, i just hope to play a small part.

6. What sets apart the Straight Blast Gym training methods and mentality from other BJJ academies?

Well i have Matt Thornton to thank for that. check out straightblastgym.com for more! also we might be a little different in that there are not too many academies out there producing champions in IBJFF gi/no gi, grappling, submission and mma pro and amateur.

7. Please tell us about how you first met Gunnar Nelson. I heard that even though he was your student, you were ok with the fact that Renzo Gracie promoted him to black belt instead of you, why is that so?

I met Gunni about 9yrs ago. Actually I just recently saw a video of the first private lesson i gave him, and it funny seeing him all awkward and beginnerish. Also funny seeing him use the techniques I showed him to win a UFC fight 7yrs later!
It was of course a great honor to have someone like Renzo Gracie recognize his abilities and and award him his black belt. I probably have a different view of belts in BJJ than most people, losing a family member to cancer is serious…BJJ is not. 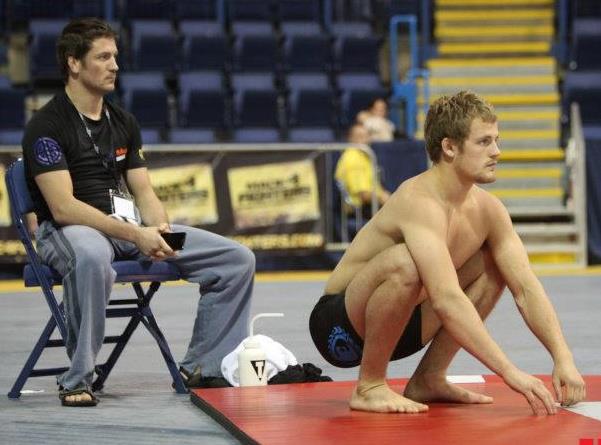 8. Thanks John and all the best!