Marcelo Alonso On The Old Days With Carlson Gracie, His Academy In Seattle & His Upcoming BJJ Camp In Greece 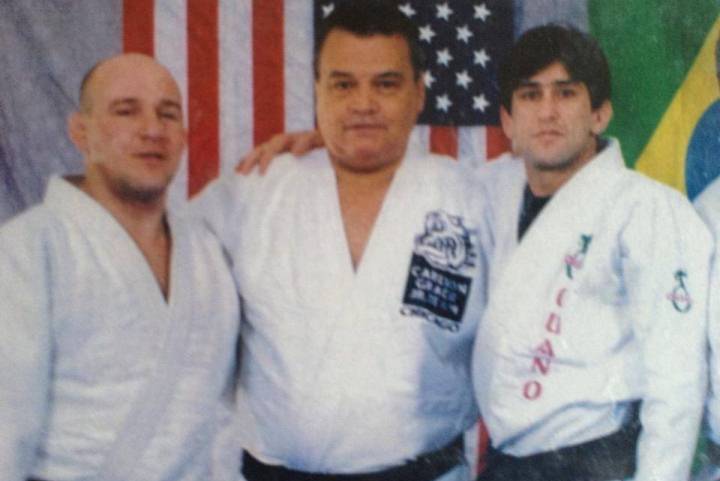 Master Marcelo Alonso is one of the most respected BJJ instructors in America. This old school student of Carlson Gracie moved to America in 1997 and is settled in Seattle. In this interview with BJJ Eastern Europe, Marcelo talks about the old days at Carlson Gracie academy in Rio, His style of Jiu-Jitsu and the BJJ camp that he will organize in Greece in May with his student Nick Unander.
1. Hi Marcelo, can you please introduce yourself to the BJJ Community of Eastern Europe?
Hello and thank you for making this interview my Name is Marcelo Alonso Born in Rio de Janeiro, I began training in Brazilian style sport Jiu-Jitsu when I was eleven years old at the Carlson Gracie Academy in Brazil. I hold a First Degree (Shodan) rank Black Belt in Judo, and after many years of training, instructing, competing, and winning many competitions, I got promoted to the rank of Fourth Degree Black Belt by the Legendary Grand Master Carlson Gracie. I was recently promoted to the rank of Fifth Degree Black Belt by the IBJJF for my nineteen years of Black Belt service and experience. I currently have my head BJJ Academy in Seattle Washington in the United states. www.mabjj.com
2. Please tell us about your Jiu-Jitsu story and how you ended up in the USA.
Along with my good friend and training partner of 37 years Carlson Gracie Jr. (son of the late Carlson Gracie Sr.), I shared the role of Head Instructor during the years 1989-1997 at the Rio academy known as the “Champion Factory”. Me and Carlson Gracie Jr. helped teach, train with, and competed against many of the top names in jiu-jitsu including the original members of “Brazilian Top Team” and “American Top Team”; including competitors such Allan Goes, Murilo Bustamante, Mario Sperry, Wallid Ismail, Pablo Popovitch, Kevin Christopher, Andre Pederneiras, Ricardo Liborio, Marcus Soares, Rodrigo Medeiros, Ricardo “Rey” Diogo, and Vitor Belfort. I continue today to be good friends with many of those mentioned along with Professor’s Joe Moreira, and World Champion Saulo Ribeiro. I moved from Brazil to the Pacific Northwest in 1997. While residing in the Puget Sound region, I had several years of contracts to instruct and train U.S. Army Rangers and Special Forces at Fort Lewis, Washington. I have also instructed the Seattle Police Department and Port of Seattle Security in defensive tactics, weapons disarming/retention, and arrest techniques. I continue to give seminars and workshops throughout the State of Washington, Oregon, Alaska, and California and now with the work my black belt Nick Unander is doing in Greece I will be available in May 2014 to visit and do seminars around Europe please contact me on Facebook or my web sight for information on booking . I also am currently training fighters for local and regional MMA competitions and I will be bringing some with me to the Camp Nick is hosting on Paros. https://www.facebook.com/events/586321938148830/ 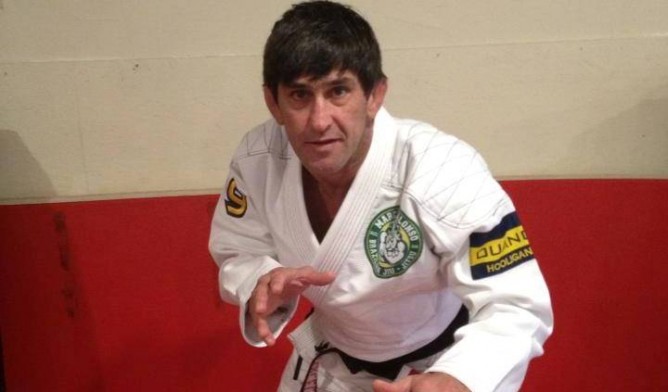 3. How was Carlson Gracie as a teacher, and how was it training with all the legends at Carlson Gracie gym?
Carlson favored a much more active, ‘warrior style’ of Jiu-Jitsu that encouraged physical prowess and barraging your opponent with a series of attactsa lot of the training was high intensity also with a lot of body conditioning. Carlson style of teaching was agressive top game oriented but there was also a very technical and tactical creative side to his teaching. Carlson was always a creative fighter and teacher he did not neglect the self defense aspect of Jiu-jitsu. He understood that it was ultimately a street fighting art for self defense.  We trained  like a family  and competed like an army. Carlson believed in sharing information he was a very humble person and only wanted the best for his students. he was a very generous and kind person and a great mentor for so many us.
4. Please tell us about your BJJ academy and your students in Seattle?
My Academy in Seattle is my home base I have been at the current location for the past 8 years but teaching in Seattle area for 17 years. I have promoted over 20 Black belts and many have their own schools and also continue to train and teach with me here we are like a family. My student Black belt instructor Nick Unander has been a friend and great supporter on MABJJ and Carslon Gracie Team in Europe and I am very proud of his new Academy in Greece. For information on my Seattle Location and other MABJJ affliated school chack out www.mabjj.com I have over 13 affiliated academies. 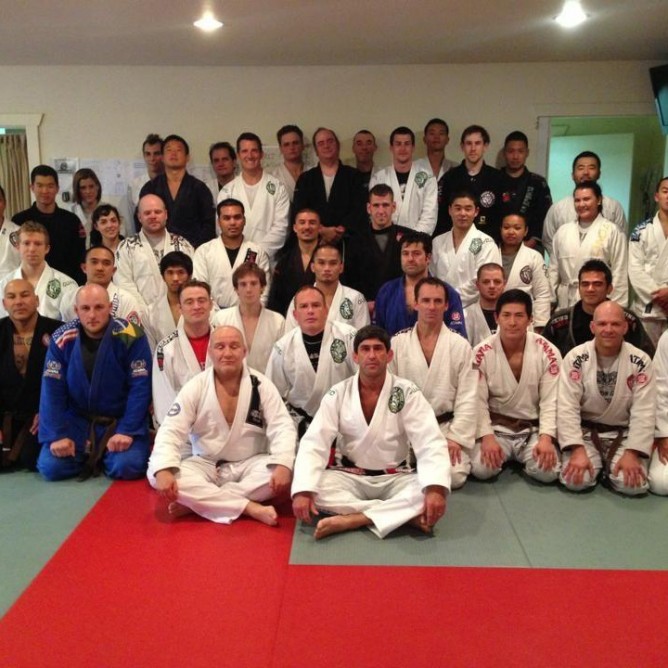 5. How would you define your personal BJJ game and your teaching style?
haha my style I like to use lapel chokes so taking the back and sneaking the finish. Of course I am also a big fan of arm bars as was Carlson Gracie academy trade mark finish. I would not define my game though cause I play many types of game depending on who I am rolling with. I had to teach so manay different types of people sizes weights male female over the past 30 years I make sure that I take into account the body type and strengths of my students and make them the best they can be.
6. You will be conducting a BJJ camp with your student black belt Nick Unander in a Greece island this year. Can you tell us more about this?
I am very excited to come to Greece this May and visit Nick he has been working very hard to put together a great Camp on the paradise island he decided to call home. This Camp will be full of Black belt Talent this will make it unique a chance to learn and gather so much information and to practice Brazilian Jiu-jitsu as it should be practiced Beach sun great food and great people together. I will be showing how we use to Train in Brazil at the Carlson Champion Factory and we will be training 6 hours per day for 7 days. for information contact nickbjjman@gmail.com or visit the camp page on Facebook https://www.facebook.com/events/586321938148830/

7. If you want to thank somebody or sponsors, feel free
Thank you BJJ Eastern Europe for your great work putting together this in formative BJJ news page, Grand master Carlson Gracie for continuing to inspire so many of us, Carlson Gracie Junior for our 37 years of friendship and all my students around the world, I will give a shout out to my good friend and Kimono supplier John Ouano and Ouano Kimonos for making our custom team kimonos. OSS