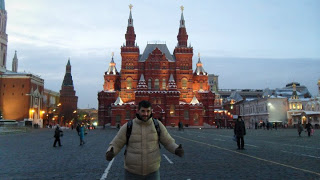 1. Hi Kristian can you please introduce yourself to our readers

My name is Kristian Torres Cestaro, I am 35 and before I came to Moscow I’ve lived and trained in Rio de Janeiro. I’ve graduated from the Gracie Humaitá Academy and I have a black belt. Today I possess my own Academy in Moscow which is called Kristian Cestaro Russian Team. I also have some champion’s titles such as Twice Brazilian Champion, Three-time Rio de Janeiro State Champion, Three-time Master’s and Seniors International European Champion.

2. Please guide us through your journey in Jiu-Jitsu until the point you came to Russia.

I started to learn Jiu Jitsu late. I always wanted to be a trainer of some kind of fight and at that time Jiu Jitsu was popular in Brazil. I saw some friends training and decided to try too. In a month my coach put me to compete and I won my first Championship. Since then I never stopped training. I did start late but I was working hard and training hard and also participated all the championships I could. In 2009 when I already had a brown belt my professors Rolker and Royler made me the following proposal: if that year I won all the championships of absolute category they would promote me to the black belt. So that’s what I did. I won a State Championship, the Brazilian and International Championships and received a black belt on the podium. After that I began to get different offers. I had offers to train in different countries but decided to come to Moscow with the help of my friend who has been living here for 6 years. When I came I started to give lessons 3 times a week and after some time I rented a gym where I’ve been giving lessons until today. We have some news coming soon about a new gym where we’ll be able to train Jiu Jitsu all day long.

3. How did you end up in Russia teaching BJJ in Moscow?

Like I mentioned above I came here with the help of a friend who has been living and studying medicine here in Moscow for 6 years. I didn’t want to go to Moscow and be so far away from my friends and family, I knew how hard it’s going to be not to see them. But my friend managed to convince me and today I can say that I made some really great friends here and Russia has got a lot of talents.

4. Please tell us more about your academy in Moscow and about your students?

I still didn’t get a chance to open the academy I want but it’s about to happen. Right now I rent a gym where I give lessons daily from 20:30 to 22:30 and in the mornings on Saturdays. Of course, Jiu Jitsu can be considered a new sport here in Russia but I also can say that I have students who already possess purple and blue belts. I can see this evolution happening every day. These talents, they just need daily practice, more colleagues and investment. I am trying to do my part which is teaching them a real Brazilian Jiu Jitsu and trying to find a place where they would get an opportunity to train any day and any time they want.

5. We saw a Russian team at the Europeans, how did you and your guys do?

I think they did great especially for students who competed for the first time in their lives and who possessed purple and blue belts. Experience is what’s missing here. We have a lack in competitions in Russia. In Brazil, for example, we have competitions every weekend and it really helps technical development of the athletes. But in general as I evaluated precisely the results of the last Championship I can say that everything was great, thank God. We brought some medals including myself who spent more than a year without fighting and decided to compete just to show support to my students.

6. Tell us more about your life in Russia. How do you find Moscow, the people, the culture? 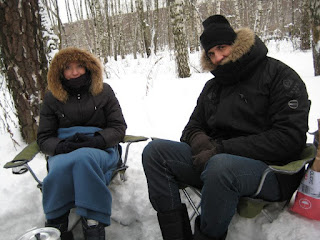 I cannot call life here easy. I came from the tropical country and it’s difficult to adapt to Russian cold, but there are a lot of Brazilians living here and it helps me not miss Brazil that much. And also my students are not just my friends but they are like a family to me too. I work during a week and divide my time between the classes that I give in the gym and some particular lessons. I am also planning on preparing myself to compete again. That’s why I started to treat some injures that I’ve got for a long time from now. I always spend weekends with my Brazilian friends; we have dinner together, we go out and just spend a great time together. On Sundays I go to the Church which was practically formed by the Brazilians here in Moscow although there are some Russians and Angolans going there as well.

7. How do you see BJJ growing in Russia in the next few years? 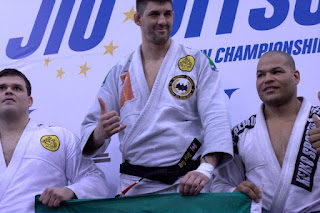 I think it is still going to take some time until Jiu Jitsu becomes popular in Russia. But I want to do my best for it to happen and I hope there will be investments because without them it’ll be impossible. There are so many talents in Russia but what we really need to do today is to invest in them.

8. Do you good relations with the other BJJ schoolslike Leonid Gatovskiy and the other Brazilian teaching at Alliance Moscow?

I don’t have many contacts with other Jiu Jitsu academies but all the times we’ve met were nice. Jiu Jitsu is a way to new friendships. It’s is one of the things that makes me love this sport.

This year I expect to have more students graduated and have new champions, I also expect to fight again on some championships. But mostly I direct my efforts on some new projects and opening of a new gym. Soon you’ll have great news.

10. Thank you for taking time to answer our questions. All the best. OSSS!

I want to thank you all for spreading Jiu Jutsu all over the world.