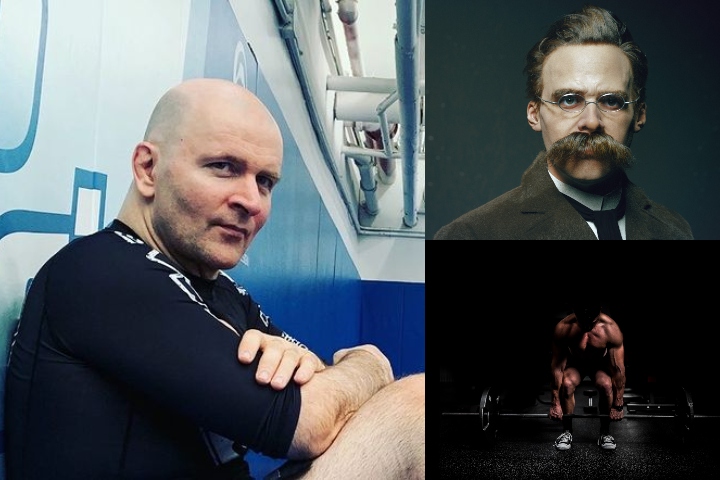 If you wish to fulfill your BJJ potential, then just training Jiu-Jitsu won’t cut it. Sure, it’s the most important aspect; but you’ll need to supplement it with other things if you truly want to push and meet your limits.
For example, John Danaher says that studying philosophy (in which he has a Master’s degree in) has been a big thing for his BJJ development as a student and as a coach:

I believe that the two activities I engaged in, which are outside of Jiu-Jitsu, but which helped the most in my Jiu-Jitsu development both as a student and as a teacher, were the study of philosophy in college/university and physical training with weightlifting and basic gymnastics.

Philosophy was crucial because it is among the best means of developing a PROBLEM SOLVING mindset. I see Jiu-Jitsu as an activity where the central goal is to win a competitive game by solving the problems your opponent creates for you; faster and better than he solves the problems which you create for him.
As a general rule in Jiu-Jitsu, you cannot overcome the problems we face by simply trying harder. If you are caught in an arm bar, exerting your muscular strength harder will not save your arm. You must perform a sequence of intelligently directed movements that solve the mechanical and tactical problem you are in… Knowledge, skill and tactics are the basis of success; so a mind that sees every challenge in Jiu-Jitsu as A PROBLEM TO BE SOLVED can be a very useful thing.

Danaher also emphasized that strength training is a huge factor in Jiu-Jitsu success. Especially because of the time and progression components it entails:

The other pursuit, physical conditioning and exercise, is useful in two ways. The first is superficial. Jiu-Jitsu is a physical sport. As much as we all love knowledge and efficiency, let’s not kid ourselves; strength and physical condition is a very useful thing in combat sports. When two athletes whose skill level is closely matched face off, it often decides the outcome.

In truth, however, this is not the most important role that strength training played in my development; as I was never very strong and actually went through my life with a badly crippled leg. So, my strength overall was quite feeble. The real value of strength training is to build within you the single greatest feature of all good coaching programs: the notion of PROGRESSION.
We all start off in every job, sport or hobby we engage in as neophytes – weak and devoid of skills. As such, if we are to attain our goals, we need TIME and PROGRESSION. We need to start with easy tasks and build up to what currently seems impossible.

When a students builds an unshakeable faith in the semi miraculous POWER OF PROGRESSION to make ordinary people capable of extraordinary actions… Then I know they can one day do something great.

If you’re interested in learning more on reaching your potential in BJJ from John Danaher, then hop on over to BJJ Eastern Europe’s full interview with him.