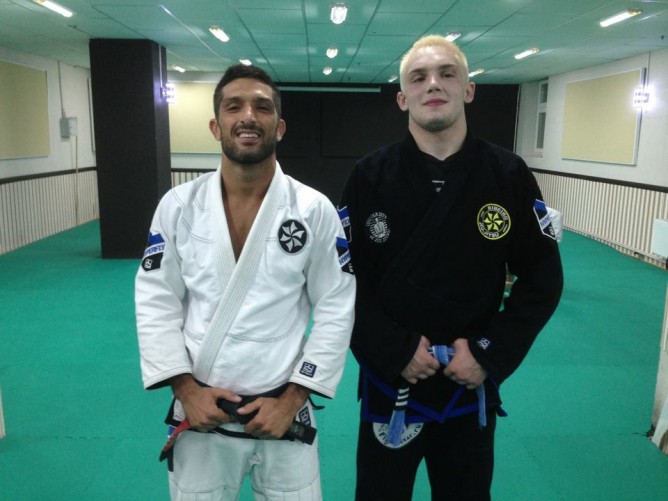 1. Hi Rodrigo, can you please introduce yourself to the BJJ Community of Eastern Europe?

Hi Bjj Comunity of Eastern Europe, my name is Rodrigo Pagani, 3 degree black belt under Saulo Ribeiro (Ribeiro Jiu-Jitsu Association). I’m from Niteroi(Rio de Janeiro-Brasil), started trainning bjj in 1992 when I was 15 years old at Gracie Humaita and never stoped since than. I am 3 times World Champion as Master(Black belt), 3 Times Brasilian National Champion(Black Belt) and 3 Times Rio de Janeiro State Champion straight(Black Belt) with over than 70 matches as a black belt and over then 100 matchs as lower belts 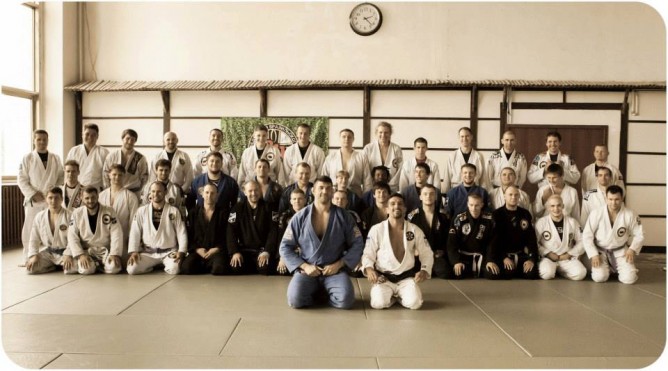 2. Please tell us about your Jiu-Jitsu story and how you trained with Saulo and Rickson in the States. (please share some anecdotes)

When I started training bjj I’ve started at Gracie Niteroi with Royler and Master Caique, who was Rickson”s student , and it was the beginning of UFC. So I was a huge Rickson’s fan and I always wanted to train with him. So I’ve quit my Economic College in Brasil and run after my dream. I was very lucky and went to California to train at Rickson Gracie Academy in 1996 ,where I spent the hole year over there. I became o very close friend of Rockson Gracie (Rickson’ son who died) and by the end of this year after compete and win several competitions in America , including the first Pan Ams, I’ve got graduated to the rank of purple belt under the Legend. In this same year Saulo has been at Los Angeles also to compete the Pan Ams, so I’ve started my friendship with the one who would be my main mentor in my bjj journey. The one who really showed who to compete well e be a champion, the one I owe everything, my Master and Friend Saulo Ribeiro ,since then.

3. I’ve been watching your classes on BJJlibrary and love the way you explain all the details and concepts. How did you and long did it take you to develop your instructor skills?

When I went back to Brasil, I’ve started to train under Saulo , at Gracie Tijuca , because there was no more Gracie Niteroi and as I had quit my College I’ve decided to work with jiu-jitsu to make some money. That’s when Rolker Gracie opened his school in Niteroi and invited me to be his instructor. That was very important for me because was when a joined my first group of students in 1998 and since that year I’ve been teaching bjj as a official profession, that means I’ve been a bjj instructor for 15 years already,always competing and teaching. And that’s time enough to learn how to do it.
I’ve learned bjj from so many good people that it wasn’t that hard to became a good teacher, I’ve just started to show my students what I’ve learned . About BJJLibrary , Saulo invited me to be the first one to show my jiu-jitsu there what made very proud to have the chance to show my work to the world.

4. Please tell us more about your Curu-Curu guard, how does it differ from Leandro Lo’s modified spider guard or a classic x guard?

As I’m only 66 kilos , I’ve need to find out a way to sweep bigger guys, and I’ve used to do X-Guard, but was very hard to me because I’ve always had to stand up with the guys leg to take then down and it was very hard to me to do it and I’ve used to get really tired after that. Another big difference is that in X-guard I have only one direction to seewp my opponent while Curu-Curu gives me many directions to do it, becoming everything easier for me. The grips are also different and that it what makes Curu-Curu so particular in my way of thinking. About Leandro’s spider guard I think it is just similar but we work in a totaly different way. Actually , I’ve been with Leandro about one month ago at Xande’s Ribeiro Academy in L.A and we had talked a lot about both sweeps and exchanged many experiences.

5. Please tell us about your academy in Niteroi.

I’ve just finished one brand new Ribeiro Jiu-Jitsu Academy in Niteroi, I spent 3 years to finish it but now it is amazing and we have the offical Ribeiro Jiu-Jitsu Headquarter in Brasil. People from all over the world will be very welcome to show up and learn jiu-jitsu in a wonderfull environment, The Charles Darwing National Park, full of nature, animal and birds, far way from the craziness of the big cities, a real blessed place to train and learn our bjj. 5 minutes from Itacoatiara Beach, the nicest beach in Rio de Janeiro State. 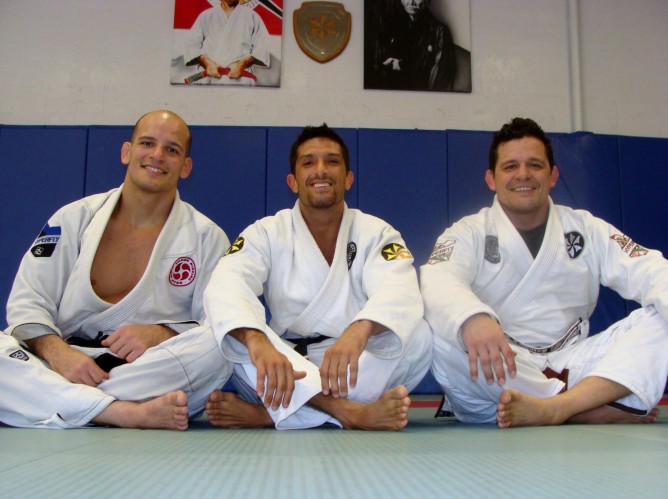 With Saulo and Xande Ribeiro

6. You are currently in Russia for a seminar at Kristian Cestaro‘s academy, what are your impressions about Russia, Russians and Russian BJJ?

My student kristian Cestaro is doing an amazing job here, his students are evolving a lot, but a think they still need to learn about jiu-jitsu culture, because the sport is very new for then, and I feel they are still a little innocent, but when they start to compete more, everything is going to be set.

I’m not competing this year because me and Saulo are growing the Association in Brazil and I’ve been traveling a lot for Seminars , so it is impossible for me to do business and have focus on competition the way I like to do. But I’ve been competing my whole life and it is fair enough for me to rest a little bit from competitions, my students in Brazil are competing hard and my black belt Renato Vieira is living in San Diego , training at University of Jiu-Jitsu under Saulo and competing in high level on the major league (IBJJF), what already makes me very happy. But for sure next year I will be back on the mats to Compete.

-I would like to say thanks to my Master Saulo Ribeiro, who is the one who support me the most, to my brother Xande Ribeiro who is always helping me a lot, to the Do or Die/Hyperfly Team, to my students in Niteroi for the love they give me,to my friends from UNIJJ for belive in my jiu-jitsu and to my wife Fernanda Pagani, who take care of everything while I’m traveling to work and spread my Jiu-Jitsu around.