Interview With Gustavo Galvao, Andre’s Brother, On His Atos Academy In Barcelona 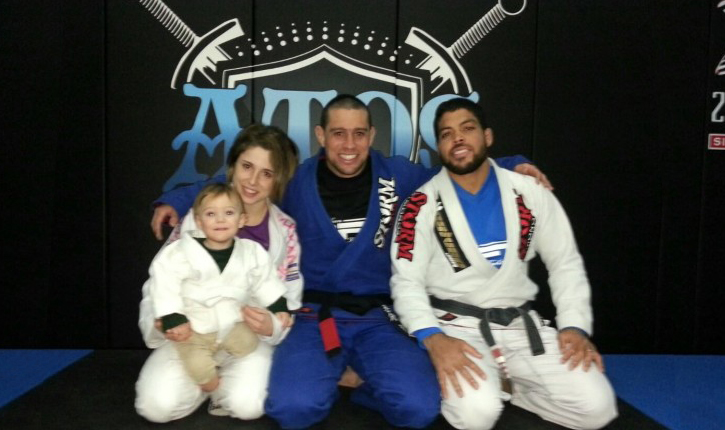 Gustavo Galvao, Andre’s brother, talks to BJJ Eastern Europe about his new Atos academy in Barcelona, Spain. His trainings with Atos back in Brazil and the Jiu-Jitsu scene in Spain:

My name is Gustavo Galvao, I am from Sao Sebastiao-SP-Brasil, but I grew up in Sao Jose dos Campos-SP-Brasil. I am 30 years old and just got my black belt by my brother André Galvao. I train in my Training Center BFT (Brazilian Fight Team), affiliate academy of Andre Galvao/Atos JJ in San Diego. I am the leader of the team here in Barcelona- Spain.
My main titles are:
Champion in Brasileiro Team match IBJJF/CBJJ 2004
Copa LERJJ champion – Rio de Janeiro -RJ 2006
Panamerican Champion CBJJE 2007
3rd place Brasileiro de Jiu jitsu CBJJE 2009
Champion at National Team Match (Brasil) in European Championship IBJJF 2012
Champion in Copa España Buddha 2011
Champion in Copa España Budah Absoluto 80kg

Please tell us about your Jiu Jitsu story, and how you ended up in Spain

I started to train Judo at Sensei Claudio Calasans father academy. We were closed friends in the childhood and he invited me to train with them. At that times my family hadn’t good conditions to pay an academy and he let me and my brothers train for free. After some years my older brother Carlos started to train jiu jitsu in the same academy and he was always telling me to go to train with him but I said I would rather Judo hehehe… After many invitations I finally accepted and wanted to never stop training. My first professor was Luiz Carlos Dagmar “Careca”, with whom I trained some years. For personal reasons had to quit BJJ trainings and came back in 2004 with sensei Terere. Late 2008 went to train with Ramon Lemos and stayed all 2009 training in Atos Rio Claro-SP. At that time I got a proposal to go to live in Barcelona but as I was focused on my trainings I decided to reject it. One year later, as it was difficult to have a sponsorship to maintain my trainings in Rio Claro, had to deserve and luckily doors to Barcelona were still opened, so I finally decided to go looking forward to find a good place to teach BJJ. From my arrival to late 2011 I found a place where to teach BJJ, but many difficulties came and had to find another job. I stayed more than a year working at night and just training at the academy of professor Yan Cabral. Thanks to God I finally have my academy beside my wife Gina Galvao. We are sure that our 1 year old son Davi will be a promise in BJJ in the next future. 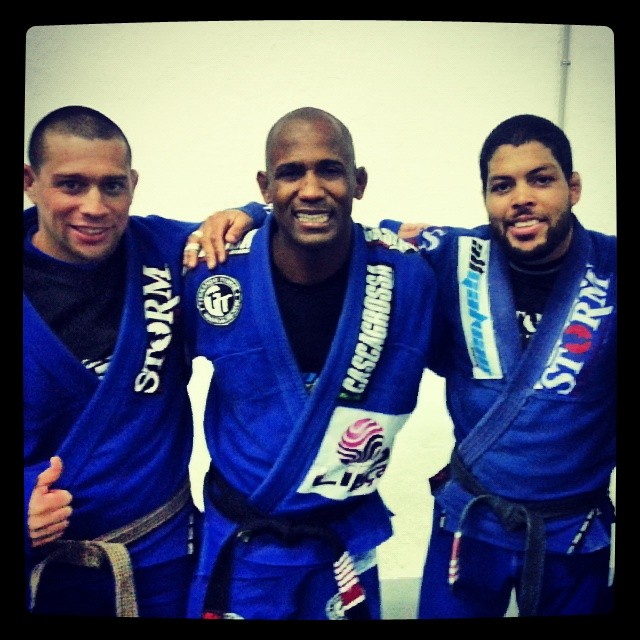 Tell us about your new Atos academy in Barcelona, Spain

My Training Center BFT was officialy opened on january this year. We are an ATOS affiliate academy, headed by my brother Andre Galvao. Our main focus is to catch people that never trained BJJ before and has no knowledge about Arte Suave. We also want to teach lots of children and let parents know how BJJ is an education to face life. BJJ is a psichology for anyone, your life changes when you are introduced in the art of jiu jitsu. My family is a live example in this sport, we passed many difficulties and a troubled childhood, but one more time BJJ saved my life and gained lots of friends around the world. I used to be sad and today I am very happy because of BJJ, it changed my life completely.

Please tell us about the bjj scene in Barcelona, Spain.

BJJ in Spain is still lacking, mainly in Barcelona where there isn’t any professionalism in any team, they have been fooled by fake black belts many times. The level is still weak because the main leaders are far from the academy because they are competing outside. But you can be sure that we’ll cause a revolution in BJJ in Barcelona. This is our main focus, take care of our students and be honest as I learned from my professor Terere. I’m just disappointed, because of the place where I come from, but I’m also sure that all this will change, people here are opening the eyes and looking for new opportunities of learning. 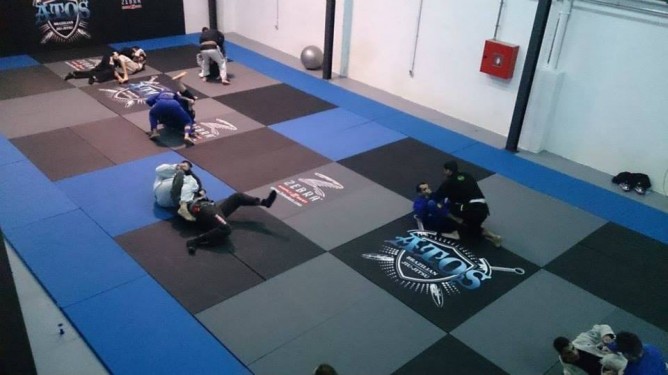 How much influence does your brother Andre have on your BJJ game.

I believe we had the same base and same professors… I am biased to say that I have a similar game to Andre, he almost trained to be a professional fighter, so his BJJ is much more evolved than anyone, but my brothers always was my inspiration, in and outside the mats. Andre will always be my favorite fighter, regardless if he’s the current champion or not. He’s a great champion off the mat also.

Our goal is to make our team grow and work hard to be a tough team in Barcelona. As I just said, our main focus is white belts, children and people that never trained before. We are still a new in Barcelona, never heard before about our Training Center BFT, but I trust it will be well-known. This is the year to sow every seed to harvest many fruits in the near future.

First of all I want to thank God for my achievements and wisdom because without Him there are no victories . I want to thank my wife for always being by my side and believing in my work and also thank my sponsors Jota and Ricardo Montero ( Auservi Group and Nightman Grew ) for the support and thank entire team that helped to build my Training Center : Andre Peres, Alex Mingo, Omar, the artist Daniel Ramos who did a beautiful work on the decorative part with the interior designer Marcelo Ferster. And thank my second family here in Spain that is my father in-law Jordi Contel, my mother in law Elena Gallego and my brother in law Albert Contel that is also very important in our growth.
And finally thank you my brother Andre that even the distance has always given me support in my workouts and helped me via email riding my training and preparations to continue training what I love most in my life after my family.

Thanks Gustavo and all the best!

Thanks to all your team and keep on doing this great work for our sport… God bless you!!