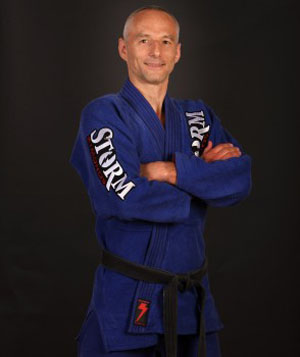 Czech-American Karel “Siver Fox” Pravec has 20 years of Brazilian Jiu-Jitsu experience (since 1993). During his training at the Renzo Gracie Academy, Karel has trained with and studied under some of the highest authorities in the art including Renzo Gracie, John Danaher, Rodrigo Gracie, Daniel Gracie, Matt and Nick Serra, Ricardo Almeida & Shawn Williams. Karel is one of Georges St. Pierre’s training partners when Georges periodically visits the Renzo Gracie Academy in New York. Karel is a highly sought after instructor who has taught seminars across the United States and in Europe, coached BJJ and submission grappling on national and international level (ADCC, IBJJF, GQ and NAGA tournaments) & cornered amateur and professional MMA fighters.

After attending the 1st seminar on the East Coast given by the Gracie family (Helio, Rorion, Royler, Rickson and others), Karel was convinced of the effectiveness of Brazilian Jiu-Jitsu, which was further confirmed by the style’s success in the early mixed martial arts competitions. Karel started taking regular classes in Brazilian Jiu-Jitsu in the New York/New Jersey area when they first became available in 1993, when Craig Kukuk, the 1st American black belt in Brazilian Jiu-Jitsu moved to East Coast. Shortly after, Renzo Gracie, one of the most successful and dynamic practitioners and teachers of the art moved from Brazil to open an academy with classes in New York and New Jersey, and Karel became one of Renzo’s original students. In this interview with BJJ Eastern Europe, Pavel told us about his academy, His wish to be more involved with Czech BJJ scene and about John Danaher:

1. What can you tell us about the BJJ scene in Jersey?

BJJ in New Jersey is very vibrant. It is the 1st area in the U.S. after California to offer regular BJJ from a BJJ Black Belt, 1st Craig Kukuk moves to NJ in 1993 (he moved west in mid-1990’s), and Renzo Gracie moves to the area and makes NJ home since mid-1990’s. Then Ricardo Almeida, 1st Renzo Gracie Black Belt starts teaching in south NJ, and Matt Serra, Renzo’s 1st American Black Belt starts teaching in Long Island (NY). Now, some of Renzo’s original students, including myself own academies in New Jersey. 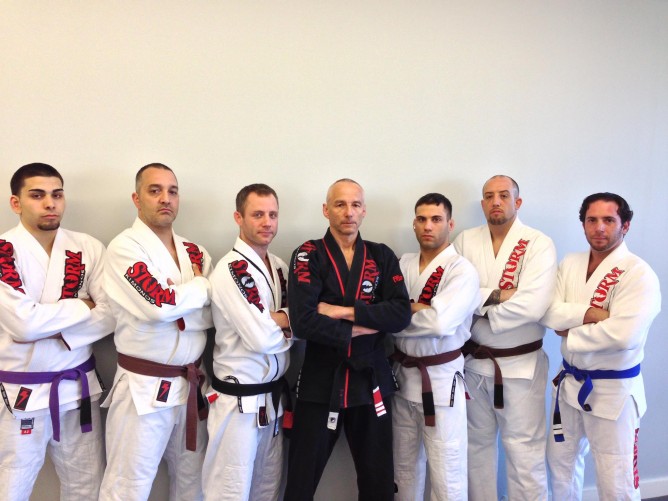 Karel with his students

2. Please tell us about your BJJ academy and team.

We are located in Saddle Brook, Northern NJ. We strive to be the best academy in the area with the best instruction, great atmosphere, and nice clean facility. Our focus on personalized attention, we are open 7 days/week, and it can be a “home” to anyone from a young MMA prospect to an older family man, trying to learn self –defense and have fun. We encourage our students to help each other, and often the younger guys help some of the older guys with BJJ, and they in turn help the younger guys with advice on “life” so to speak. Siver Fox BJJ Academy.

3. You are originally from the Czech Republic. Have you been following the growth of BJJ in that part of the world? Are you in contact with some teams there. Do you plan on being involved with the development of BJJ there?

I am aware of several academies in Czech Republic, but have not yet visited any of them. I have done seminars in Holland and US, but none in Eastern Europe, yet. I would love to help out with BJJ development anywhere, especially there. I know BJJ is growing very rapidly in Europe, and many good practitioners are coming out.

4. How would describe your BJJ game and your teaching style?

As a lighter (I compete at BJJ lightweight) and older practitioner, my game focuses on technique & fluidity. It is heavily transition & submission oriented, and practical (I believe that positions that could be vulnerable to grounds & pound are not viable to stay in for an extended period of time. When I spar, I try to set up my opponent, and rather than force my originally intended technique if he counters properly, make him give me something that I could use for submission or reversal.

5. What can you tell us about the legend John Danaher? (please share some stories)

My BJJ has been influenced by many people in my BJJ development, but the greatest influence have been:
– Renzo Gracie – amazing knowledge, stays fresh, constantly showing new stuff, and not afraid to take anyone on – inspired me to compete in Worlds (both Gi & No-Gi) as Black Belt in my mid- and late- 40’s in Absolute Adult divisions
– John Danaher, extremely intelligent, well spoken. As I was “growing” through ranks (I started a bit before John, but he was training was far more hours), he got me to understand to apply my own approach, rather than copy the heavier guys’ game. His knowledge of BJJ and MMA is so vast because he spends so much time on BJJ: I estimate 50+ hours/week teaching, studying, drilling, training. World Champion Black Belts ask him questions. There are mythical things floating on forums about John, and when people asked about him on a forum few years ago, I was one of the guys who responded that he is always at the Renzo Gracie Academy, teaching, drilling or studying film etc. Some guys said it’s impossible to train as much as John does, but if you stop by the academy, you will always see John either on the mats or in front of the computer doing research.

My academy has been growing so I’ve been spending a lot of time on that. I want to help my students achieve what they are looking for from BJJ, for some, learning technique & getting into shape, for others compete in BJJ & submission grappling tournaments, and have few guys who are starting to make waves in MMA. If time permits, I hope to compete myself later this year.

I would like to thank my teachers, my students, my training partners, and my sponsor – Storm Kimonos.