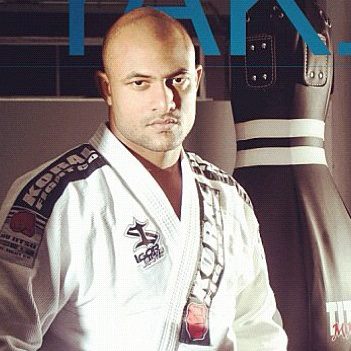 Igor Silva is one of the top players in BJJ‘s Super and Ultra heavyweight division. A black belt under Muzio de Angelis, Igor Silva also trains with Julio Cesar at the GF Team HQ. Igor is mostly known for his use of the closed guard, being regarded as one of the most dangerous closed guards in BJJ which has helped Silva win important tournaments such as the Mundials (World Championship), European Open, the Brazilian Nationals and the Rio Open. In this interview with BJJ Eastern Europe, he talks about his Jiu-Jitsu story, his trainings at GF Team, his love of competition, and his affiliates abroad:

1. Hi Igor, can you please introduce yourself to the BJJ community of Eastern Europe?

I began training in BJJ when I was 14 years old in Rio de Janeiro with Masters Muzio de Angelis, Roberto Traven and José Mario “Esfiha”. Four months after I began I got my yellow belt and one year after that i got the blue belt and at the time I was almost 16 years old. I fought many tournaments in blue belt and i got medals in all major events. When I turned 18 years old i got my purple belt and one year after the brown belt. At the brown belt I won all major tournaments including nationals and the world’s then when i was 22 years old i got my black belt.

3. Please tell us about your affiliates in Turkey and in other parts of the world.

I have friends in many places in the world and I used to visit them and give seminars at their academies. I have visited countries such as Croatia, Germany, France, Belgium, UK, USA, Spain and some other. Also Turkey which is the country that i visited the most and ias also the one which has the most solid and strong team, they are doing great and all thanks to my student Ertan Balaban.

4. What are bjj players that you admire, and why?

Rodrigo Comprido, Julio Cesar Pereira, Muzio de Angelis, Roberto Traven, José Mario “Esfiha” and Felipe Costa.
Because I learned a lot from them and they helped me become the person I am!!!

5. What do you think about a lot of Brazilian BJJ players moving to the US to promote BJJ there. What do you have to say to people that say that Southern California is now the place with the highest level of BJJ (compared to Rio)?

It’s really hard to live in Brazil by teaching and fighting BJJ that’s why people leave to the US. Nowadays We probably have Southern California as one of the highest level of BJJ but we still have a very good level here in Rio. 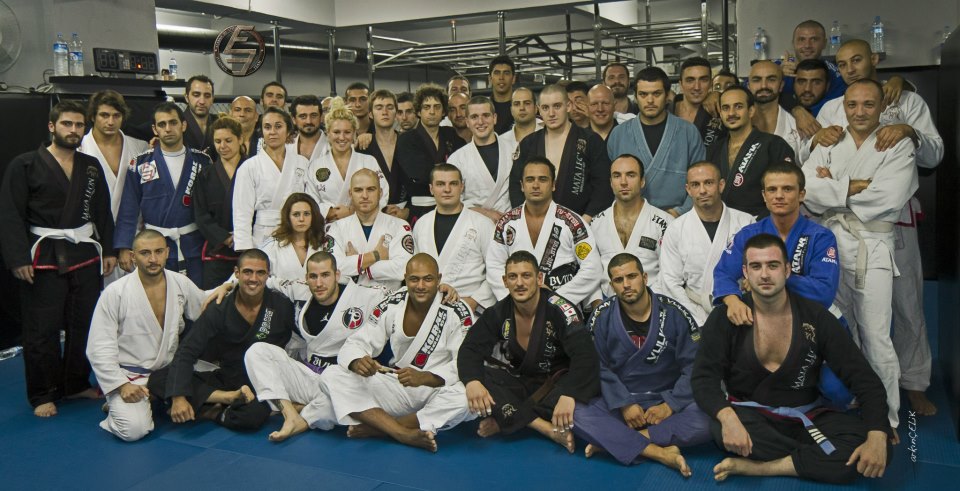 Igor and his students in Turkey

6. Please tell us about your social Jiu-Jitsu project?

This social project was created by some friends and the idea came when one of our friend died, his name was Marc Romano (the name we chose for this project). This was the way we found to help kids and to keep our friend’s name in everyone’s memory!

7. You are famous amongst other thing for your closed guard. How important is the closed guard in jiu-jitsu and and how have been working on refining it throughout your career?

My strongest game is my closed guard and in my opinion it is a really important part of BJJ once you can score many points from there or even finish the fight.
I used to try to train more other things than closed guard but I also do some drills to keep improving on that!

8. You fight under the GF Team and Brasa banner (I read this somewhere*). What are differences and similarities between these two schools? How are the trainings with Rodolfo Vieira?

In fact I fight as GF Team but I also train and teach at Brasa academy. Those schools are both really technical, have great teachers and people!!! But in Rio, GF team has the strongest team and has great guys!!! I have many friends there!!! Training with Rodolfo is great I’ve learned a lot from him, he is a beast!! I also learned a lot from many other guys there such as Master Julio Cesar, Ricardo Evangelista, Vinicius Marinho, Luis Gustavo “Guga”, Theodoro Canal, everyone there helped me so much!!!

For 2013 I am planning to fight all big tournaments. I couldn’t make it that way in 2012 because of injuries.
First stop: Europeans!

Thank you and congratulations on the great job you have been doing for BJJ!!! Oss