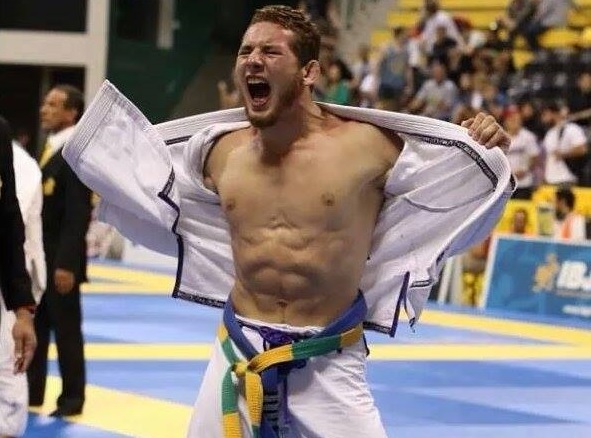 Hungary’s Kristof Szucs is one of the rising stars of the European competition scene. In 2014, he won the gold medal at the IBJJF worlds at blue belt open weight and bronze in his division as well as the gold at the Europeans. He was promoted to purple belt by his instructor Max Carvalho on the podium. In this interview with BJJ Eastern Europe Kristof talks about his wrestling training, prefering the top game and plans for the 2014/15. Keep an eye out for this young beast!

Hi Kristof, can you please introduce yourself to the BJJ Community of Eastern Europe? 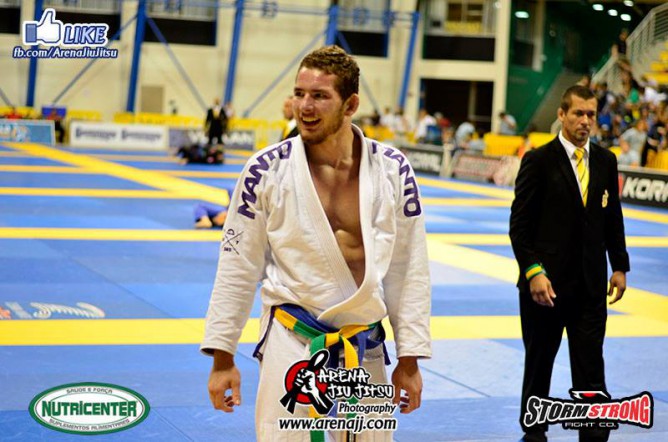 The story is pretty long, so shortly I train martial arts since the age of 10, first started with traditional ju jitsu, than moved to judo than wrestling and ended up doing bjj.

Please tell us about your experience at the 2014 Worlds where you became blue belt world champion. Please explain the feeling after winning the title.

After one year competing in 94kg decided to cut to 88kg for the Mundials. In my weightclass there were 86 guys, and after 5 fights I’ve lost in the semifinal so got 3rd place in my division. I had mixed feelings, wasn’t satisfied with the result, wanted that gold so badly thats why registered for the Open Class where after 4 tough matches I became the 2014 blue belt Open Class World Champion. The funny fact that I beat the guy in the absolute who won my original weightclass (94kg). The feelings cannot be described, it’s something special when all the hard work and dedication pays off.

You started in grappling sports quite young with traditional Ju Jitsu, then Judo and eventually BJJ. How has this affected your current game? Are takedowns a big part of your game?

Yes, currently I’m training wrestling so takedowns are big part of my game. 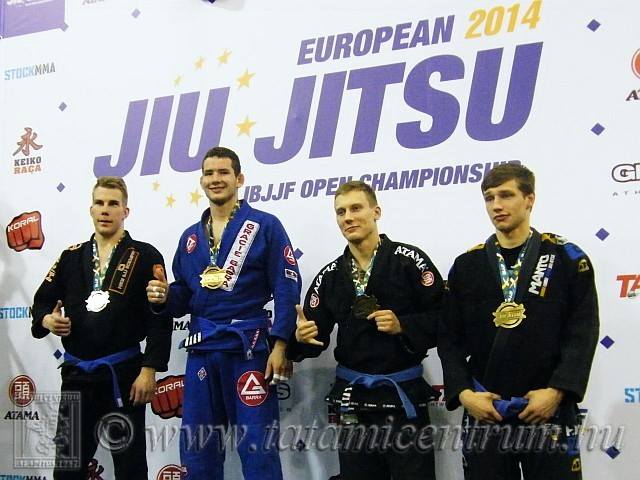 Who are some of your BJJ idols?

Here comes that I like more playing on top. My idols are who has a similar game as mine. The favourite is of course Rodolfo Vieira but I also like Xande Ribeiro and Jackson Souza.

Please tell us about your coach Max Carvalho and your academy GB Budapest. How is the BJJ scene in Hungary?

Max is a great coach and person, he helped me a lot to get there where I am today. Gracie Barra Hungary is the biggest team in the country, we have really good competitors, friends there, so a good environment to grow.

What are your views on modern Jiu-Jitsu vs Basics?

To tell the truth I’m not a big fan of these berimbolo, 50/50 tactic players. I prefer the old school game (takedown, guardpass, submit) it’s more spectacular. In my opinion people want to watch matches with more action, not stalling for 10 mins and working on advantages, but it’s also part of bjj.

I want to train even more, compete as much as possible in purple, I want to do all European IBJJF competitions (Zadar, London, München) and also want to qualify again for the WPJJC.

First of all I want to thank my family, my coach Max Carvalho and my friends in Gracie Barra Hungary for always helping me and my sponsor Manto for the support! www.mantoshop.eu