How Can Somebody with Average Athleticism but with Willpower Become a BJJ World Champion? 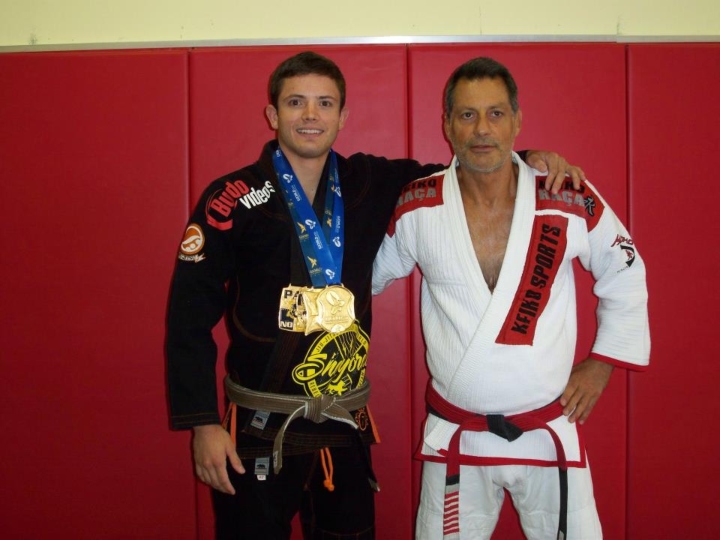 So what does it take to be the next Marcelo Garcia? Or a Cobrinha? How does one reach that legendary level of expertise when they have just average athleticism? What are the requirements?

If you are serious about becoming a BJJ champion, you must organize your life in such a way as to get in as much drilling, sparring, and training as possible. You need tons of mat time against quality opponents, and a good awareness of your own self throughout this process. Champions are not created overnight; their training and maintenance takes up a lot of time. If you think you have what it takes to become a BJJ legend, you must be single-minded in your pursuit.

We asked Jordon Schultz, a former Brown belt world champion (now a black belt)about what it really takes to be a BJJ World champion. Can somebody with average athleticism but with willpower truly achieve their goals (and what is required to get there)?

Jordon: Yes, I believe anyone can do it, even with average athleticism. As long as it’s within reason. I never played sports growing up. I actually tried out for the Varsity soccer team in high school and didn’t make it. But jiu-jitsu is designed in a way that you can make up for a lack of physical attributes with techniques, timing and mental power.

Here is a short list of what I personally think is required:

-You’ll need to be training at one of the few academies in the world producing World Champions year after year. Not just one World Champion, but several at every belt level, for consecutive years.
There are exceptions to this but it’s rare.
-You need an extra $15-20k to compete 15-20 times per year, buy gi’s, buy supplements and for medical bills.
-Access to a qualified strength and conditioning coach, not just a personal trainer but someone who trains professional athletes.
-You’ll have to train 4-6 hours per day, 6 days a week with 90-120 minutes of live sparring, multiple drilling sessions.
-You need a mentor, someone you who’s a World Champion Black Belt, or similar that you can ask questions, copy their work ethic and daily habits. This is the biggest one, although all are important. I believe that if you have the ability to copy a person’s daily habits, you can become them, and achieve what they have achieved.

Then you have to have a burning desire, persistence, and the ability to endure discomfort. You have to have the ability to turn down temptation, and sacrifice delicious foods, fun times with friends, sex, etc. Then of course there is dealing with defeat. You’ll be faced with constant failure, almost every day. Injuries, skin diseases, losing tournaments. Despite all these setbacks, when you eventually achieve your goals, it’s the best feeling ever.