Highest Ranked Black Belt in France, Paulo Sergio Santos: ‘We Must be an Example for our Students’ 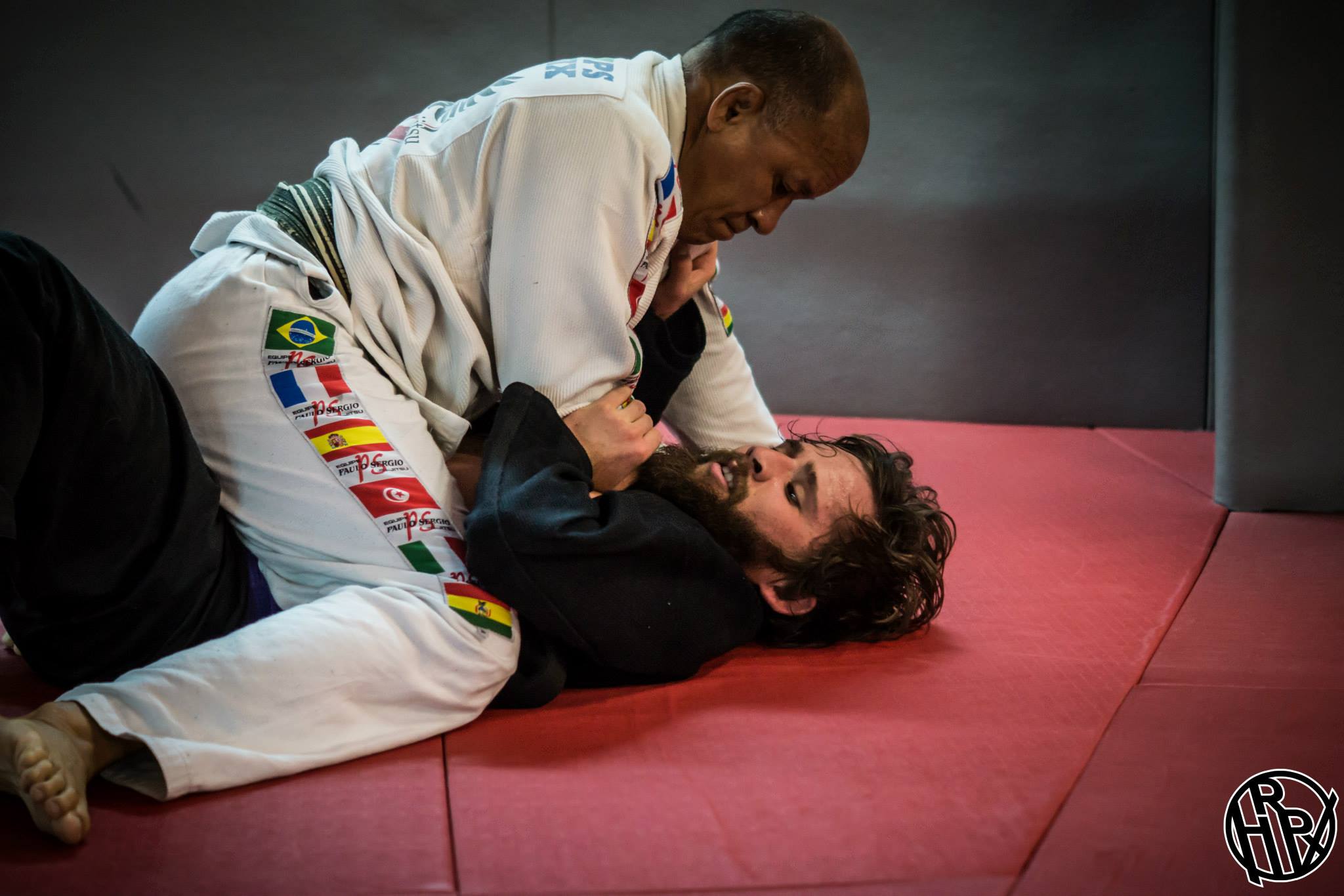 You have probably already seen him at all the IBJJF competitions. 5th degree black belt Paulo Sergio Santos is the highest ranking BJJ player in France. He is based in Paris and leads the PS Phoenix group of academies. In this interview with BJJ Eastern Europe, Paulo Sergio talks about how he started training, his opinion on the eveloution of BJJ and its rules and how instructors should inspire their students:

1. Master Paulo, can you introduce yourself to the BJJ Community?

Hello, my name is Paulo Sergio Santos, I was born in Rio de Janeiro and I am 54 years old, and I am a 5th degree BJJ black belt.

I have over 500 BJJ matches and won 80 regional championships and competitions.
I am also an official International Referee for IBJJF.

2. How did you start training Jiu-Jitsu? Tell us about your journey in Brazil…

I started Jiu-Jitsu at a very young age because I always used to get into fights as a kid. Then I stopped. At the age of 25 years I took it up seriously again and sincethere were very few training sessions, I also enrolled in Judo in order to improve my all around game. At my first competitions, I got positive results and I knew that I was made for this sport. 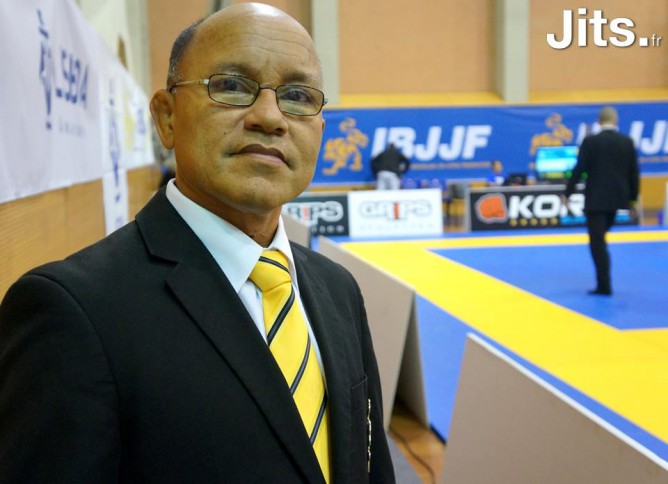 Photo: Jits.fr. Paulo Sergio is one of the most experienced IBJJF referees

3. How did you come to France to teach Jiu-Jitsu? Tell us your story …

I arrived in France in 2003 in Paris after I was spotted at the World Championships in 2002 by the man who would become my future business partner. My future partner had seen one of my fights in the absolute where I was facing a much heavier fighter than me and I had surprised him.

4. What do you think of the growth of BJJ in France? What are the threats and opportunities for BJJ there?

For me, France has a generally good level and good speed of evolution. However, there is a delay in the development/education of some instructors because they do not yet have all the required skills. But the biggest weakness remains the training of referees because France is too late, even if there is, in recent years, a real willingness to fight against this problem. There are all of the same things that begin to positively change the organization of certain competitions which have improved even if the refereeing is still a negative.

5. You also have a black belt in judo. How often should a BJJ player train their stand up game? Should they also train in a judo school or learn directly in a BJJ academy?

Yes I am Black Belt 2 DAN in Judo.

I think that all techniques are good to learn but some Judo techniques are not suitable for use in BJJ because they can easily be counter attacked.
Therefore, a good BJJ player does not really need to be an expert in judo but it is better to have a good base.

They can do Judo as a complement to BJJ but it is not a must.
1 judo training a week should be enough, talk to your coach, trainer or teacher, it will give you personalized RECOMMENDED depending on your level.

6. What is the best advice for new instructors who want to inspire their students?

We must remain humble and be an example for students participating in the competition but also respecting the origins and traditions of Jiu-Jitsu. Explain to students that rank and belts are the result of a long process and patience is an important virtue in BJJ.
We must also respect the ranks, remind students that although it is an individual sport, one progresses through it’s team.
You know in Brazil, it is not advisable to change teams. 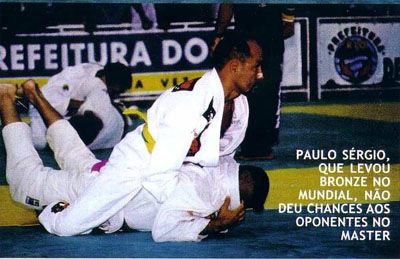 Paulo Sergio competing back in the day

7. Tell us about your academies in Brazil, France and other countries…

After leaving the Alliance team for various reasons, I decided to start my own team with the help of one of my top ranking students in 2010.

This led to the creation of my team PS Phoenix BJJ.
I chose the Phoenix because according to myth, he always rises from the ashes and fights as new.

We are a hundred members, spread over 3 Clubs in France.
There are other clubs internationally, such as in Tunisia, Australia, Bolivia and Brazil (where my the highest ranking black Belt student is Reinels Spyker 4 th degre who is the supervisor and is my right hand man). You should know that each Academy is led by a high-ranking black belt student.

8. You’re also an experienced IBJJF referee. What improvements would you make to the current rules?

Yes I am a IBJJF Official international referee for 15 years now.

BJJ is a young sport and evolution is constant.
The improvements are permanent and we are working regularly with the IBJJF in this sense, that’s why I could not answer that.

We are preparing for Paris International Open IBJJF.

Of course, between all the big competitions, we will prepare for small regional competitions to motivate the organizers and develop our sport in France.

9. If you want to thank a particular person or sponsors, go ahead …

First, I want to thank you for your attention to our sport via your website www.bjjee.com.
Then I would like to thank all of my students and my Black Belts for their loyalty (too many to list).
Then, a big thanks to my two sponsors who are in Paris: The restaurant “La Source” and the restaurant “Le Pario.”

And finally, I want to especially thank the one who taught me everything, Mr. Cavalcanti “Jacare” Romero.