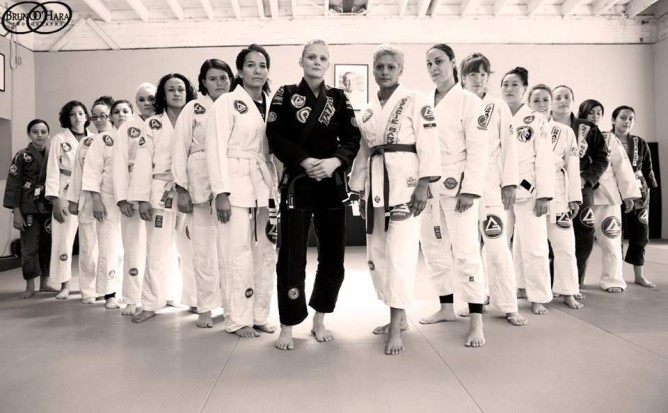 Laura Hondorp is one European BJJ’s brightest stars. She will competing in 2013 ADCC in China in October so watch out for her. In theis interview with BJJ Eastern Europe, the Dutch BJJ player talks about her Judo past, how she fell in love with BJJ and her tough training regimen that she shares with her boyfriend, world class rooster weight Jordy Peute:

1. Hi Laura, can you please introduce yourself to the BJJ Community of Eastern Europe?

Hi guys, my name is Laura Hondorp, and I am a 24 year old purple belt from the Netherlands. I train at Gracie Barra the Netherlands under professor Jordy Peute.
My biggest achievements are:

2. Please guide us through your Jiu-Jitsu journey.

A little over 3 years ago, my boyfriend Jordy Peute took me to his school in Maastricht to do a BJJ class. I used to be a competition judoplayer for 16 years, but I had some troubles with the new judo rules and was looking for a new challenge.
In judo I used to hate the groundwork, so I never thought I could fall in love with BJJ/Grappling that easy. After that one class, I stopped judo, and started training BJJ as much as possible. I started competing pretty fast after I started training BJJ, 6 months later, after winning my first Europeans I received my blue belt. I started competing more international after that, with success. In 2012 I received my purple belt after winning the Europeans nogi in London. After that tournament I had some big successes of which I am pretty proud, because I never expected to do that well at purple so shortly after receiving my belt.
The love for the sport has grown ever since and BJJ/grappling has already brought me amazing experiences, successes and new friends.

3. Please tell us about your academy in Holland

I have a really awesome and diverse team. We have some competitions fighters who also do really good at national and international competitions and a bunch of recreative fighters with a lot of passion for the sport. All of the guys are really fanatic and everyone helps each other get better and prepare for competitions. We all train hard on the mats with loads of respect towards each other, and are all good friends off the mats. I am also really happy with Jordy as my coach, because he’s still an active competition fighter himself so a great example for me and the rest of the team. And for me the cherry on the top, is that my sister also started BJJ a few month ago, and it’s great to be able to share my passion with my family.

4. You’ve had a very successful run in competition in the past year being European gi and No gi champ, and world vice champ. What is the secret to your success?

Dedication and passion are the key words I think.I dream of being the best fighter, and I am willing to do anything to achieve my goals.
I train as hard as I can. Next to the jiu jitsu training I do powertraining and running.
I have a great dietitian, she helps me make weight in a responsible way.
But the biggest change for me was working together with a sport psychologist. I always had troubles with my nerves at competitions, and adding the mental part in my game plan gave me the extra boost I needed to succeed.

5. You have just qualified for ADCC in China. What are your expectations for the tournament?

I must admit that I am really nervous, because it’s kind of strange that there’s a big chance that I have to fight one of my ‘idols’ but on the same hand it’s really exiting. The best female fighters of the world are competing there, and it’s an honor to be able to stand on the same mats. I am going to give it my all. For me it’s a good measurement I think, because this is the level I hope to reach one day. 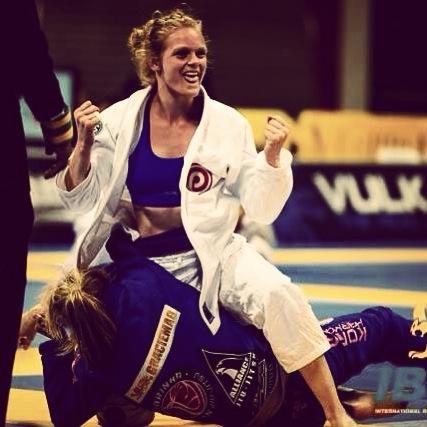 6. How much of an asset is it to have a training partner like Jordy peute who is not so far from your weight to train with on a daily basis?

I love it! He’s the same weight and height and he’s really technical and fast. We have the same style in fighting so it’s great to train together because I can learn a lot while training with him and I don’t have to be afraid to get injured. And it’s always nice to make your boyfriend tap once in a while

My main focus at the moment is the ADCC in China, one week after that is the Asian Open in Tokyo.
And after that it depends a little bit on our financial situation. I would like to do the WPJJ trials and of course the Europeans and Mundials. If there’s any money left after that I will add a few more

I would like to thank Jordy and my team, because I couldn’t have done it without them. And of course all of my sponsors: Tatami Fightwear, Sarai Pannekoek Sportvoedingsadvies, Galatea trainingen from Sem Saparuwe, Fysio Stofberg, Anytime Fitness, Profile tyrecentre and my mum, dad and sister for their endless support!

9. Thanks Laura and all the best!

Thanks for the interview. Oss!