1. Hi Max, can you please introduce yourself to our readers?

My name is Max Carvalho and I’m a 1st degreeblack belt, under Master Ze Radiola . I started BJJ in 1998 in Recife ,Pernambuco at the Gracie Barra Pernambuco academy. I was lucky to live very close to the gym, so got to train a lot with my partners: Braulio Estima, Victor Estima, Otavio Souza, Leandro Rameh, Hugo Britto, Bruno Alves, Lucas Rocha and many others. I fought many competitions and won several of them.
Here are my main grappling credentials:

2. Coming from the famous Gracie Barra Pernambuco academy of Master Ze Radiola, please tell us how was it training with such accomplished champions like Braulio and Victor Estima, Otavio Sousa etc..

Master Ze Radiola  was always very tough in training. He is a fantastic trainer, and we learned everything from him. Gracie Barra Pernambuco is a very famous gym in Brazil, because all the guys from there are successful and tough.
About Braulio, Victor and Otavio, we all started training together. At that time so they weren’t as known as today. We used to train hard and competed together in several places in Brazil. Those were good times. Nowadays we meet regularly to train together and exchange new techniques.


3.Please tell us how you ended up living in Hungary, and tell us about your life there and the BJJ scene there?

I came to Hungary in September 2004, I was invited by a Hungarian, Zákonyi Bence, to start bjj in Hungary. It wasn’t easy in the beginning few people knew about bjj, and there were also several fighters from different styles to challenge me in front of my students. They all had a bad time, and many came back and trained with me and others never appeared again.
But the situation is different today. Many people now train BJJ. We also organize two competitions a year (Hungarian BJJ Open and Hungarian No Gi Open). In the last tournament, we had over 300 registered competitors.
For me living in Hungary is great, I really like the place. I’m able to live from what I love the most: BJJ and I can travel around the Europe.

4. Please tell us about your academies in Hungary and about your most successful students (competition wise)?

Today I have a gym in downtown Budapest which is 300 square meters with around 150 students, training every day. Many are becoming increasingly important in Europe like Andrej Banik, Levente Varga, Gustav Dietz, Halmi Viktor Janos Csampar, Potyi Gabor, Gyorgy Bence, Tabory Kristof, Tereza Souza, Horvath Imre and many others

5. You also also have some affiliated academies in Hungary, Croatia, Ukraine, please tell us more about these academies and their instructors. 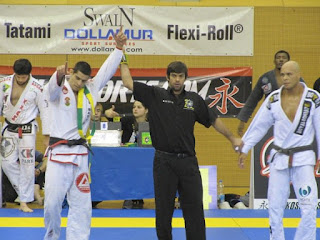 Yes, I have also some affiliated academies In Hungary ,Croatia and Ukraine.  These are all my students. My idea is to make BJJ more popular in this part of Europe and the more people helping me the easier it will be. I have many affiliated schools in Hungary. There I do seminars regularly to check the level of students.
As instructors I have:
Hungary: Varga Levente, Mornar Gabor, Csampar Janos, Dell Daniel, Molnar Zsolt, Szekeres Akos, Halmi Victor, Dietz Gustav, Romanek Bence, Pinter Tibor, Fekete Sandor, Toth Zoltan, Szőts Gábor
Croatia : Dubravko Magdic
Ukraine: Vadim Puzanov, Ilya Pachkovski

Our plan for 2012 is to continue training hard and attend all the competitions, especially the world championship in the U.S. 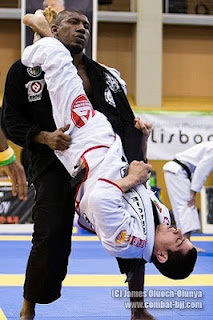 Max, thanks for answering these questions, we wish you and your team all the best for this coming year.

My pleasure. All the best!

Watch Max in action at the Europeans: