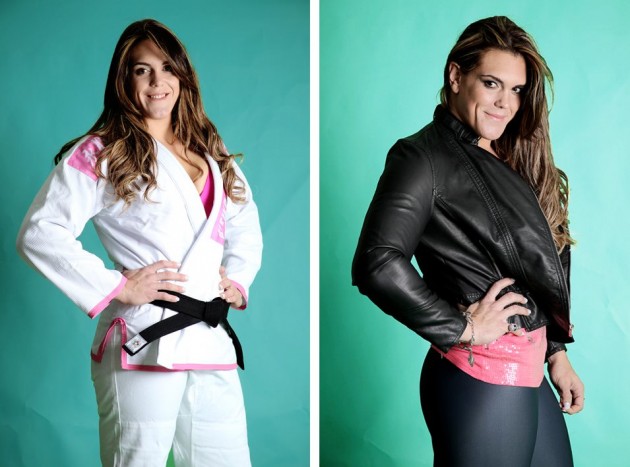 Gabi Garcia is a World, Pan American, and World Pro champion. She is the most dominating female champion in recent history. She is also hungry for more titles in Jiu-Jitsu for 2013. After securing her qualification to Abu Dhabi, at the World Pro trials in Rio de Janeiro, the black belt now puts her focus on the Pan-American, which will happen in late March in the United States.

In an interview with tatame, the Alliance athlete commented on her preparation for the tournament and her hopes for this new edition. Moreover, no escape from controversy, the fighter spoke about the drug test, which will be held for the first time.

“One thing I’m sure: the champions will not change. Champion do everything to train, train with pain, they are dedicated. There are several factors involved, who trains a lot is the champion, who suffers most is the champion, it’s no secret. If it was easy, anybody who doped could be a champion.”

What do you expect from this year’s Pan?

I expect the best. I can impose my game, with all my training, I can regain weight and absolute. My goal is to mark my name in the history of Jiu-Jitsu and the first step is not to be afraid to fight and lose everything. I also want to help the girls on my team to compete, I helped one for the European and unfortunately we have to pay out of pocket to go compete without sponsorship and without people to support new talent.

Who are you helping?

In two days I raised in 1800 reais for Mayra Mass, which is a revelation of our women’s team for the Pan and I am very excited to be able to help this new generation that is coming.

How was your preparation?

I’m still getting ready, training hard every day. Fabio (Gurgel) increased our training schedule and it’s tough, we are dead tired, we have no time to breathe during workouts. Another factor that has changed in my training is that I’m doing fitness with trainer James Heck, who is taking care of my strength and my power. I am very strong, I felt the difference in the Rio trials, where my fights finished quickly. Now in the final stretch I will intensify my cardio and my diet to reach the Pan with a good gastank and then leave for Abu Dhabi to defend my absolute title. I’m sure no girl is training like me, but everything has its reward.

Who are your greatest rivals in the category?

They have many good girls fighting and the Pan World, but I’m well aware of all of them. There’s Emily, Tammy Grego. They are great athletes, but as always I’m thinking about winning, regardless of who is. The focus is victory.

Does the introduction of doping tests motivate you even more to fight?

It does not change anything. I always hear: “If you are thin it is because you use something, If you’re big,you win because of the weight advantage …” Unfortunately, I’ll never be 60k and will never be smalll. Nobody assumes that you train more than the others. Nobody comes and congratulates you for such commitment and dedication. It’s much easier to make excuses. Are you paying out of your pocket, without sponsorship, without a doctor, nutritionist. Someone has to defend the athletes. Everyone wants to win, but nobody wants to pay the price. New excuses will emerge. Now it’s the doping, tomorrow will be another thing and so on.There are still a lot that has to be changed in Jiu-Jitsu, but this may be the first step.

Do you think this will change anything in the final result? Do you believe many of the champions of recent years were clean?

I can not point or say who was clean or not, it is on the conscience of each individual, but one thing I am certain: the champions will not change. Champion sacrifices everything to train, train with pain, is dedicated. There are several factors involved, who trains a lot is the champion, who suffers most is the champion, it’s no secret. If it was easy, anybody who doped could be a champion. Another thing you may notice is that some people complain that they don’t have good genetics and will never be absolute champion. People talk too much and train little. Rather than making excuses, go to the gym and spend the day there practicing.